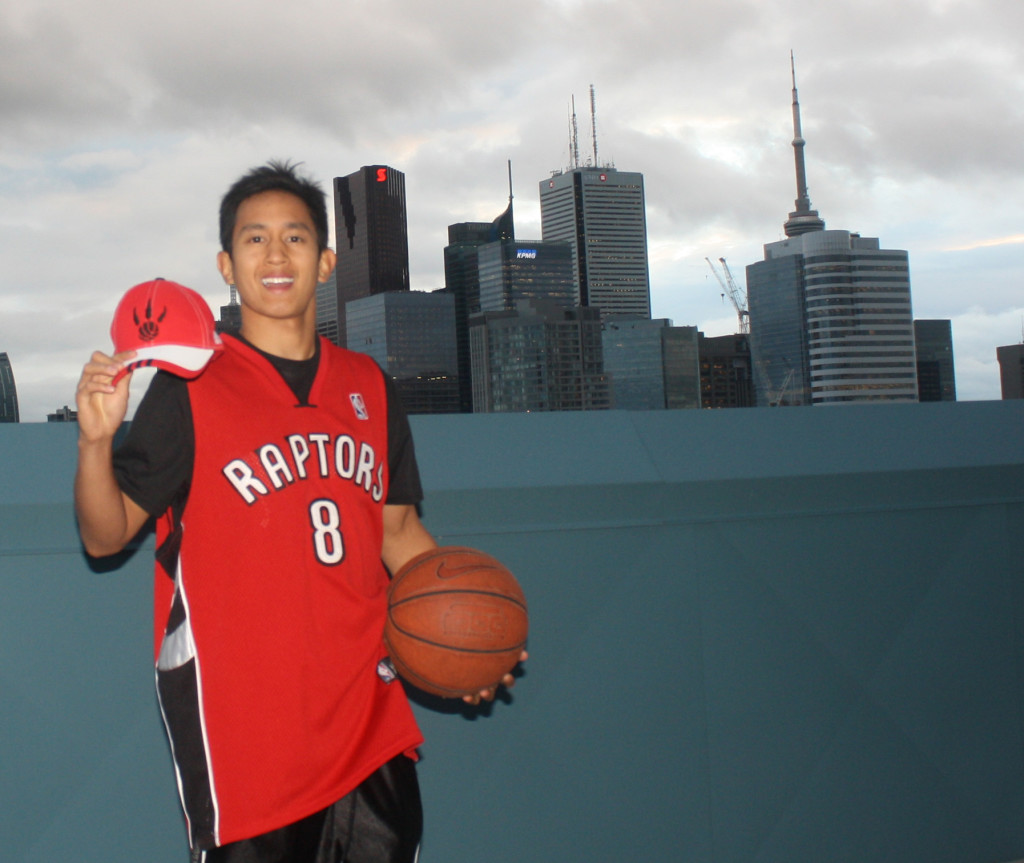 If you’re running in the Scotiabank Toronto Waterfront Marathon this weekend and you’re on target for a 4:15 finish, you may hear the echo of two bouncing rubble balls around you. Jeremiah Sacay hopes to break the Guiness world record for double-dribbling a pair of basketballs. We chatted with the Toronto runner about his attempt at what must be one of the more tedious running records.

First, tell us a little bit about yourself.
I am a 27 year old, Filipino-Canadian, working as a registered nurse at Mt. Sinai Hospital in Toronto. I started running in organized races about 4 or 5 years ago, with my first half-marathon at the Scotiabank Toronto Waterfront Marathon. I first started trying to set a Guinness World Record last year, when the event organizers welcomed runners to set or break records with Guinness representatives on site, in Toronto.

Which record did you set last year?
Last year in Toronto, I set the record for “fastest marathon in a baseball uniform,” running in a Toronto Blue Jays baseball kit – cap, jersey, baseball pants – while wearing a baseball glove, and carrying a wooden baseball bat.

Why do you go after setting world records?
I enjoy the challenge of setting a world record, possibly having my name written in the Guinness Book of World Records, as well as marking something off my lifetime bucket list.

Did you start by practicing running while dribbling one ball?
I started by following a training plan as if I was training for a marathon without dribbling any basketballs. This past week I started dribbling with one ball during my run, followed by training sessions with two basketballs.

How often have you trained for it?
My marathon training is composed of five training runs a week. I started training with basketballs the week leading up to the marathon.

Have you done any runs in public while dribbling two balls? And if so, what has the reaction been like?
Earlier this morning I had a run while dribbling two basketballs at the same time. There hasn’t been any odd reactions that I noticed, but then again I may have been too focused on my training to observe. I can say, though, that pedestrians can hear me coming up from behind them, and they tend to make way for me to pass by them easily.

How many bounces do you think it’ll take during 42.2K?
It will take as many bounces as I will need to break the record. But if one were to calculate it, and I dribble once every second or so, I think it would be just over 15,000 dribbles.

This must be one of the tougher running records. What other records have you considered?
Since I’m an avid sports fan, I would consider other marathon records to break while dressed in sports gear. I would also consider partnering up with some of my family, friends and co-workers to set records in future running races. You’ll have to stay tuned to find out what records exactly I will try to break in the future.

Are you running for a charity?
The charity I will be running for is the Asthma Society of Canada.