Runners needed to act quickly if they wanted in for the 2017 Squamish 50.

One of British Columbia’s, if not the country’s, most popular trail races sold out in record-breaking time eight months ahead of race day. The 2017 edition of the race, which will feature 1,200 runners, is set for Aug. 19-20 in the city located halfway between Vancouver and Whistler on the Sea to Sky Highway.

The trail race has three primary distances: 50 miles, 50K and 23K. In addition, race weekend also hosts a kids run and the popular 50/50 challenge, which involves running the 50-mile and 50K distances on back-to-back days for a total of 130K. Final 50/50 results are based on the cumulative time of both events held in a 24-hour period.

The 50-mile distance includes 11,000 feet of climbing and descent with mountain and Pacific Ocean views to distract runners of the lactic acid and fatigue in their legs. The race location is less than two hours from Vancouver International Airport making it an ideal destination race for Canadians and those travelling internationally.

Squamish 50 will feature runners from around the world in August including those travelling from South Africa, parts of Europe and Australia. See a heat map of where registrants call home below. (Last year, the event featured Death Cab for Cutie singer Ben Gibbard.) 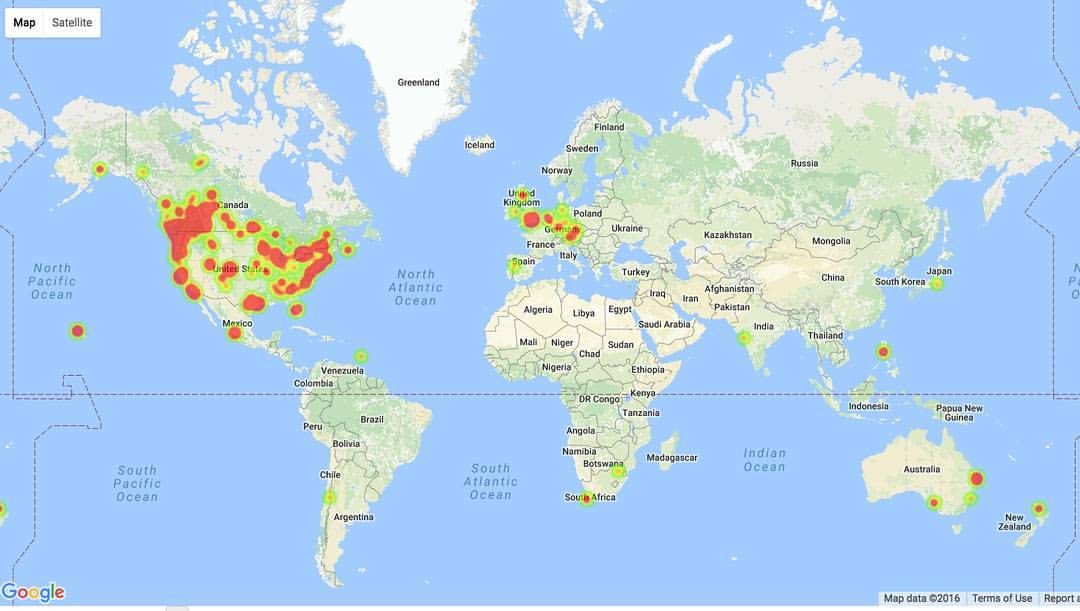 The Squamish 50/50 challenge was the most popular of the race options as it sold out in a remarkable eight hours. The 50K option sold out in 11 hours while the standalone 50-miler and 23K events capped out after three days and three weeks, respectively. Total participation has increased by 100 as 1,200 runners are confirmed for the Aug. 19-20 event.

Salomon Running, which sponsors one of the event’s two race directors Gary Robbins, produced a short film on the 2016 edition that shows off some of the best moments from the mid-August event. There’s also a good chance that Robbins will greet runners as they cross the finish line of the challenging races.