When COVID-19 prevented Toronto residents from going out and doing whatever they pleased, they began hitting the city’s trails and pathways more and more to keep active by cycling, walking and running. Seeing the sudden surge of outdoor activity, the city decided to create ActiveTO, an initiative that reserved 57 kilometres of Toronto streets for pedestrians and cyclists. The only issue with ActiveTO was that there was no map available for the public, so five Toronto organizations (Cycle Toronto, Walk Toronto, The Bentway, Park People and Spacing Magazine) teamed up to make one, which they named SafewaysTO.

The founding organizations of SafewaysTO aren’t normally affiliated with one another, but Ken Greenberg—an urban designer and member of The Bentway board—says they all had a common interest of pedestrian and cyclist safety, so they decided to team up for this project. In addition to his association with The Bentway—the public space beneath Toronto’s Gardiner Expressway that is used for city events and activities—Greenberg has written for Spacing Magazine—a publication that has a focus on Toronto news.

RELATED: It’s safe to exercise outside during COVID-19

“This came about because I was seeing all of these announcements about the city expanding through ActiveTO and quiet streets,” he says. “I couldn’t find a map for ActiveTO, so I got on the phone and called everyone and said this would be a useful service.” Greenberg says he knows of one other person who tried to design an ActiveTO map, but it was “a little haphazard” and didn’t work out. 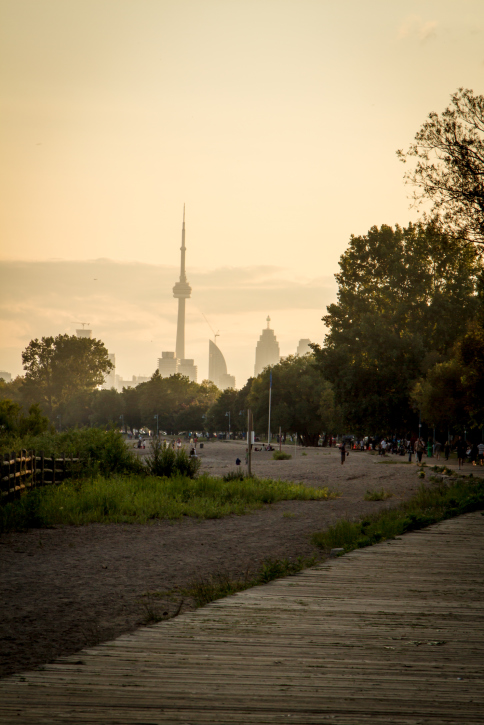 After Greenberg made the calls to pitch a SafewaysTO map, the project was put into motion, and within a matter of weeks, the map was ready for public use.

“It happened really quickly, which was amazing,” he says.

“SafewaysTO helps people see what’s available now,” Greenberg says. The map is on the Cycle Toronto website, and it will be kept up to date for any changes that the city might make to the ActiveTO initiative. This way, if more streets are reserved for foot and cycling traffic, city-goers will know right away.

On the SafewaysTO section of the Cycle Toronto site, it says Toronto has joined many cities around the world—like Berlin, New York City, Vancouver and more—in creating safe routes for public activity during COVID-19. So far, SafewaysTO is only in Toronto (hence the name), but Greenberg says he thinks it would be a “terrific idea” to expand the program to other cities across Canada.

For the time being, the SafewaysTO team is focused on how to produce the best map and program for Toronto, which Greenberg says he hopes will be an “ongoing project” and a future resource for Torontonians who are looking to go outside and get active.