Legendary trail runner, ultrarunner, and coach Ellie Greenwood is no stranger to grit and hard work. Greenwood has run over 65 marathons and ultras including two Western States 100-mile wins (current course record), two IAU World 100k championship wins, and a win at the world’s oldest and largest ultramarathon, South Africa’s Comrades marathon (90k). The trail and ultrarunning champion shares her favourite workout for getting faster and stronger on the trails. 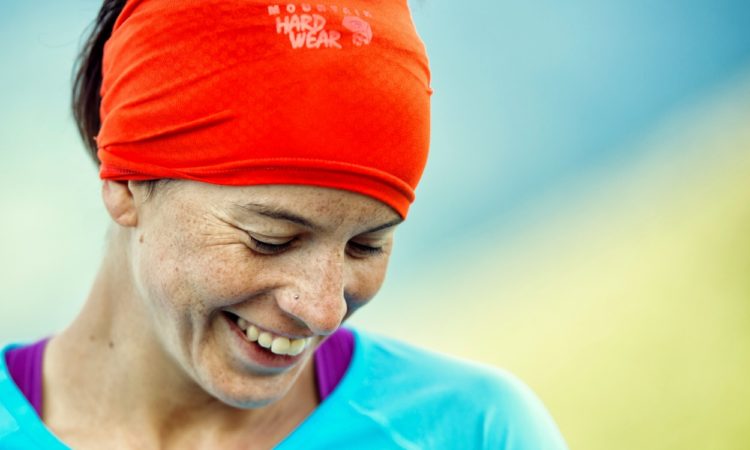 Greenwood’s all-time favourite trail workout emphasizes sustained speed while providing opportunities to practise technical skills on the trail. The workout may have contributed to her setting the tough to break Western States 100 course record in 2012.

Since the intervals are long, the workout requires pacing within each interval. Even though there is a full rest in the middle, you’re running hard for 10K. This can be great practice for longer tempo runs that are further than 5K.

RELATED: How to win Chuckanut 50K in six steps

#seeyouonthesidelinesatsquaw . #tbt You know that when you make it onto a plastic lawn chair on Placer High track in late June with the company of AJW, that it’s been a very fine day on some very fine Californian trails. . More importantly, did I seriously use a single use plastic bottle? I’m sorry. Never again. . Forever thank you to Ryne, Ran, Mike, Ken, KOP. #teamwork . 📷: Casey Ishida. . #ws100 #wser #westernstates #wser2012 #thebigdance #yesimcomingtocheer

The workout includes 15-30 minutes of an easy warm-up run, then proceeds to running 2 x 5K intervals with approximately 10 minutes of full rest.

After a 15-30 minutes easy warm-up run, begin the first 5K interval at a sustained hard effort. Fully recover for at least 10 minutes before beginning the next 5K interval. The resting interval can be a walk or slow jog. Greenwood tells the athletes she coaches to avoid looking at their watch during the interval. Focus on your sustained effort and ignore the pace of each kilometre split. When running on uneven terrain in the trails, effort matters more than pace.

15 minutes easy warm-up
2 x 3K or 2 x 4K with 10 minutes of full rest (same as above)
This modification can be for newer runners, those training for a shorter trail race, or runners gradually working their way up to the full 5K repeat. It can also be considered a modified tempo run.