One of the toughest U.S. trail ultras for altitude and elevation change is the Hardrock 100, which starts Friday. The 100-mile race starts in Silverton, Colorado, at an altitude of 2,840m, and involves numerous ascents and descents in the San Juan Mountains. The average elevation on the course is 3,352m, and the highest point reached is 4,281m above sea level, making it the highest race in North America. So how do runners who live and train at sea level cope with racing 100 miles at altitude?

“Altitude is one of those things that affects everybody differently,” says Canadian ultrarunner Adam Campbell, who finished third at Hardrock in 2014 and 2015. “But most people will start to feel the effects at an altitude of 1,600 metres.” (In 2016 Campbell had a serious accident while climbing in B.C., but was back at Hardrock in 2017.)

Campbell recently decided to forego this year’s race, giving up his spot to American ultrarunner Jeff Browning, who placed fifth at the recent Western States 100 in California and is going for a record in the WSER/Hardrock double.

Breathing air that’s less oxygen-rich becomes more difficult, and exertion becomes tiring much sooner. Other effects may include headache, nausea (and possibly vomiting), dehydration, diminished performance (i.e. slower pace). Personality changes are also possible. (The iRunFar site asked a number of Hardrock finishers what they learned from their first experience, and what they would do differently. Scott Jaime recalls this from his 2005 race: “The first year, Brian Fisher was pacing me, and he noticed I became more bitchy and slow when approaching 12,000′, but once I was down the other side I became more chatty and positive.”)

The ideal situation, according to Campbell, is to arrive in Silverton three weeks to a month ahead of the race, and continue your training in the area, varying your pace and avoiding elevations higher than 3,000m. “Do some day hikes, expect to go slower than you’re used to, and ditch your Garmin,” says Campbell, who recommends ignoring your pace in those final few weeks leading up to the race, since trying to maintain your normal pace will lead to unrealistic expectations and frustration.

Of course, arriving that far in advance of the race simply isn’t possible for many people. There are other ways to train your body for altitude without actually acclimatizing at altitude. They may include running with a mouthpiece designed to restrict breathing, overdressing (and purposely training overheated), and sleeping in an altitude tent.

Campbell doesn’t recommend these. “They should help, in theory,” he says, “but they are big stressors. Sleeping in an altitude tent really sucks.” Campbell says people can get bogged down with technical stuff, and if taking the three to four weeks necessary to fully acclimatize isn’t possible, the best thing is to work hard on your overall fitness. Arrive a day or two before the race, be careful to hydrate well (even if you don’t feel thirsty, since diminished thirst is another possible effect of altitude), pace your ascents slowly, and get down as quickly as possible after ascending.

Campbell recalls that in one of his Hardrock podium years he was at sea level in Spain a few days before the race, and arrived jet-lagged, on top of not being altitude-ready. “I paced the first few climbs slowly, which in a really long race is a good idea anyway,” he says. 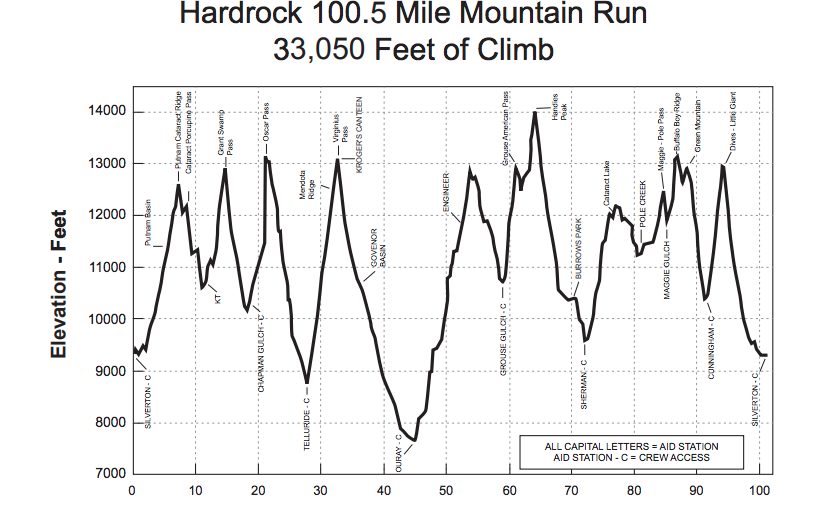