Canada brought in a total of 11 medals, including four gold, at the 2015 IPC Athletics World Championships in Doha, Qatar, an event that was held from Oct. 21 through to Oct. 31 for athletes with a disability.

Brent Lakatos accounted for more than one-third of Canada’s total medal haul, winning gold in the T53 category of the 100m, 200m and 800m in addition to collecting silver in the 400m. T53 is a classification for wheelchair athletes with spinal cord injuries. 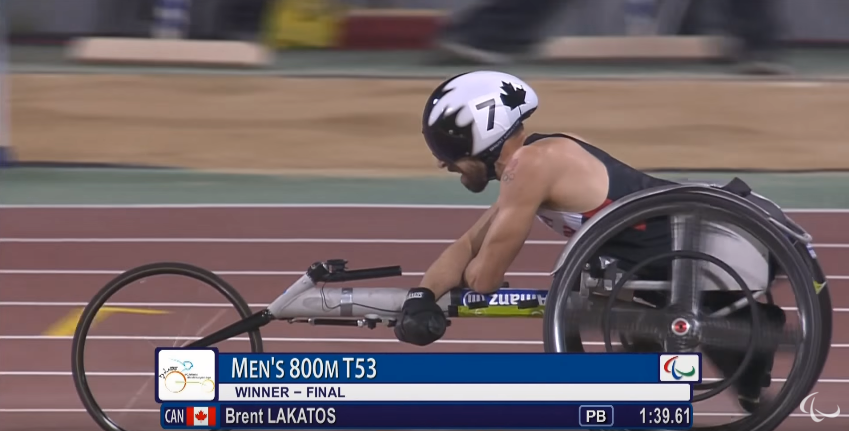 Guillaume Ouellet added gold in the T13 5,000m winning in 15:07.64. Ouellet is the Canadian record holder in the event and also won the gold medal in the T13 1,500m at the Parapan American Games in Toronto this Summer. The T13 classification is for athletes with vision impairment but can see contours two to six metres away.

In the T11 5,000m, Jason Dunkerley, took silver in sweltering heat in a race that saw Brazilian Odair Santos, the early leader, collapse three times before settling for fourth. The T11 category is for visually impaired athletes with no light perception in either eyes.

Full results for the competition can be found here.