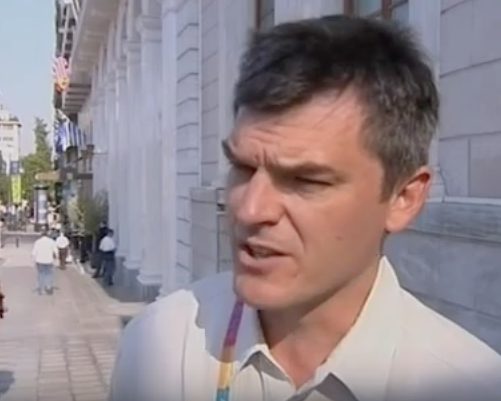 The IAAF’s deputy general secretary Nick Davies confirmed on Tuesday that he has stepped down from his role pending an investigation into an IAAF plot to delay the naming of Russian drug cheats.

“I have decided to step aside from my role with the IAAF until such time as the Ethics Board is able to review the matter properly and decide if I am responsible for any breach of the IAAF Code of Ethics,” Davies said in a statement released by the International Association of Athletics Federations.

French newspaper Le Monde and the BBC reported on Monday that Davies had discussed the plan in an email sent before the 2013 Moscow World Championships to Papa Massata Diack, who worked as an IAAF marketing consultant at the time and is the son of former IAAF president Lamine Diack.

“What has become apparent today is that I have become the story,” added Davies, who is the closest aide to current IAAF president Sebastian Coe.

RELATED: Next doping report expected to have condemning ‘wow factor.’

“In order to demonstrate that I am willing to have all allegations of unethical behaviour on my part in 2013 properly and fairly investigated I have referred my emails to Papa Massata Diack in 2013, my statements and the circumstances of the emails to the IAAF Ethics Board,” Davies continued.

Davies stressed in the email that any Russians already caught cheating “should not” be on the Russian team in Moscow and that this should be made clear to Valentin Balakhnichev, then president of the Russian athletics federation and IAAF treasurer.

“If the guilty ones are not competing, then we might as well wait until the event is over to announce them,” Davies said according to the report. “Or, we announce one or two but at the same time as athletes from other countries.”

Last month, Russia was provisionally suspended from track and field over accusations of “state-sponsored” doping as the IAAF scrambled to salvage the sport’s credibility just nine months out from the Rio de Janeiro Olympics.