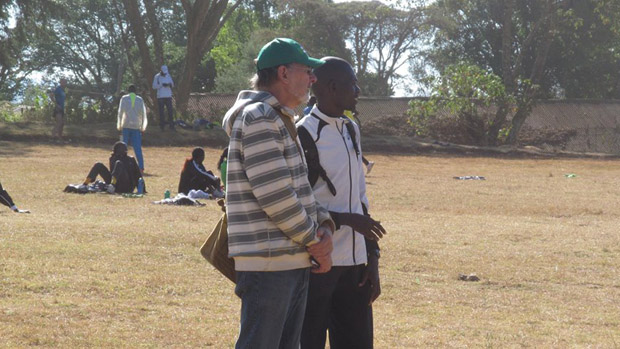 The Halifax running community is organizing a “Night of Champions” to honour Cliff Matthews, a coach in the city who died suddenly of a heart attack in Kenya at the end of March.

At the age of 69, Matthews was in Kenya coaching marathon runner Denis Robson leading up to the Boston Marathon, which she still raced. Robson has won age group titles at the race.

The event is being organized by Ethan Michaels, another of Matthews’ athletes.

The evening will feature live entertainment and a silent auction. Money raised will go towards buying a defibrillator for the town of Iten, Kenya, where Matthews travelled to train some of his athletes and where he was when he died.

Two-time world marathon champion Abel Kirui, who befriended Matthews while he was in Kenya, will give a speech at the evening. The Kenyan will also be racing in Halifax.

The event will be held at the Halifax’s Spatz Theatre. It is scheduled for 7 p.m. on Thursday, May 14.