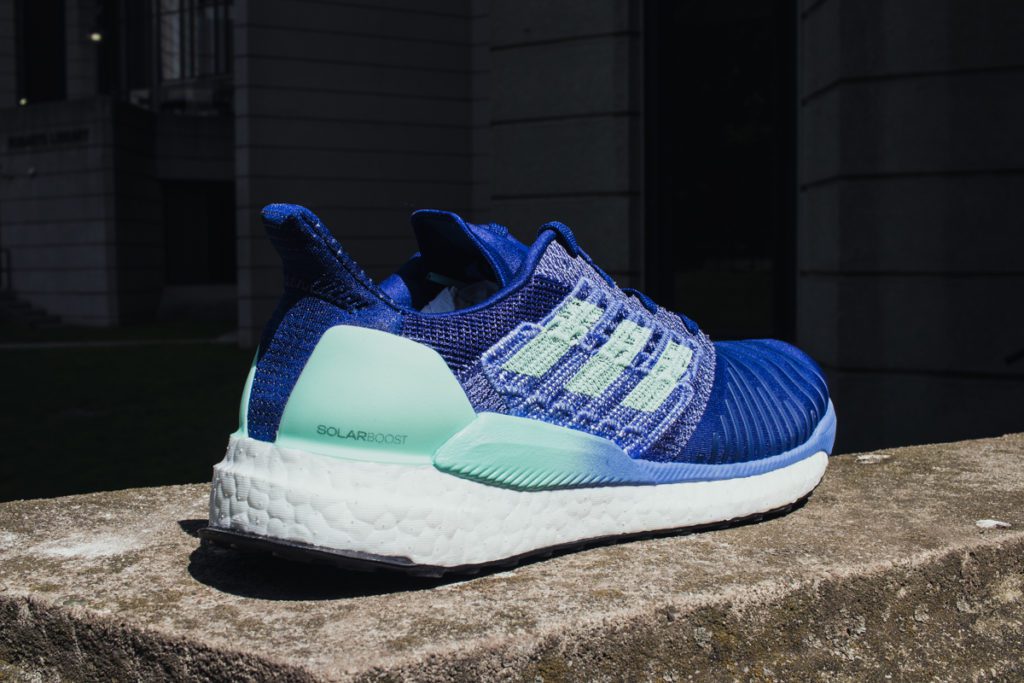 Let’s face it, these days if a shoe doesn’t look good we runners aren’t going to pick it up off shelves. Adidas knows this and they’ve successfully created running shoes that are lusted after by sneakerheads and runners alike. With the Adidas Solar Boost, they’ve built a neutral trainer that keeps that popular aesthetic in a more performance oriented package than the popular Ultra Boost.

In our first short runs with the shoe, the Solar Boost impressed with its bouncy and responsive ride. Hardly a surprise given the reputation of the Boost midsole material, but it’s always good to see that those characteristics have stuck around in a new shoe. If you’re a fan of Boost then this shoe definitely doesn’t disappoint. And even better the shoe doesn’t fall prey to some of Boost’s traditional pitfalls. Some of the more lifestyle-oriented running shoes like the Ultra Boost can feel sloppy underfoot. While this model does feature a full-length Boost midsole it’s helped by the twin EVA rails, called the Solar Propulsion Rail, on either side of the foot. These certainly helped to contain the foot during runs during the testing period.

While the midsole will be familiar to many runners, the upper is definitely a departure from other shoes in the Boost family. Starting with the forefoot Adidas uses what they call a Stretch Mesh on the forefoot which feels a bit like the inside of a wetsuit to the touch. It allows the toes to move and our testers of varying foot sizes had no issues with constriction or pinching. It’s certainly a departure from the Ultra Boost which uses a full one piece knit bootie. Moving into midfoot you get a wrap that’s made from fibres that contain the Parley material, which uses recycled ocean plastics. It does a great job of tightening up the shoe so that you can cinch it down to your individual preference. This is part of what makes it more of a performance shoe than a lifestyle shoe. Again to compare it to the Ultra boost which uses a cage to secure the midfoot, this definitely wraps down tighter to help keep the foot secure all the way through the footstrike.

While these two upper materials were comfortable, they didn’t breathe as well as other materials. On the few 10 mile runs we did in the shoe the heat buildup in the shoe was certainly noticeable. Part of this was due to the temperature on the day ( it was always over 20 degrees) but comparing it to shoes that use a more traditional engineered mesh, these did not breathe as well.

The Adidas Solar Boost was a good fit for both short and long runs at a more relaxed pace. It wasn’t out of place adding tempo sections into a long run, but coming in at 10.8 oz in a size 9 it’s certainly not a racing flat. But that’s not what it’s supposed to be so you cannot fault the shoe for that. What this is, is a shoe that is designed to put in a lot of miles. It has the traditional Continental rubber sole that wears well and won’t let you down plus the proven boost technology. All this combined gives you a great package for putting in a ton of miles in a shoe that looks good on the roads and at brunch. 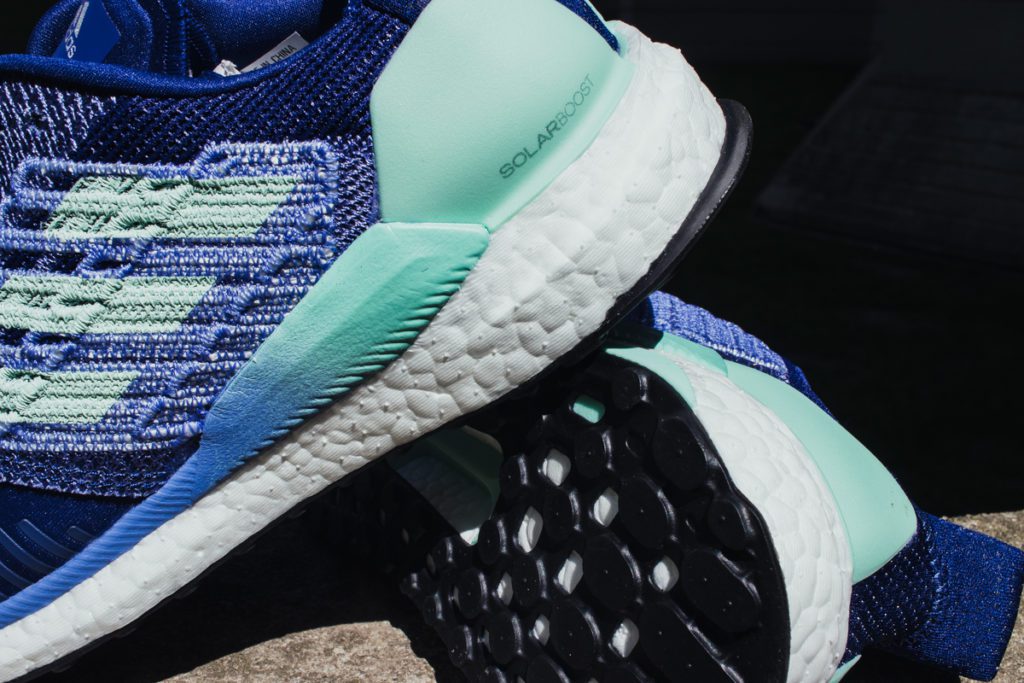 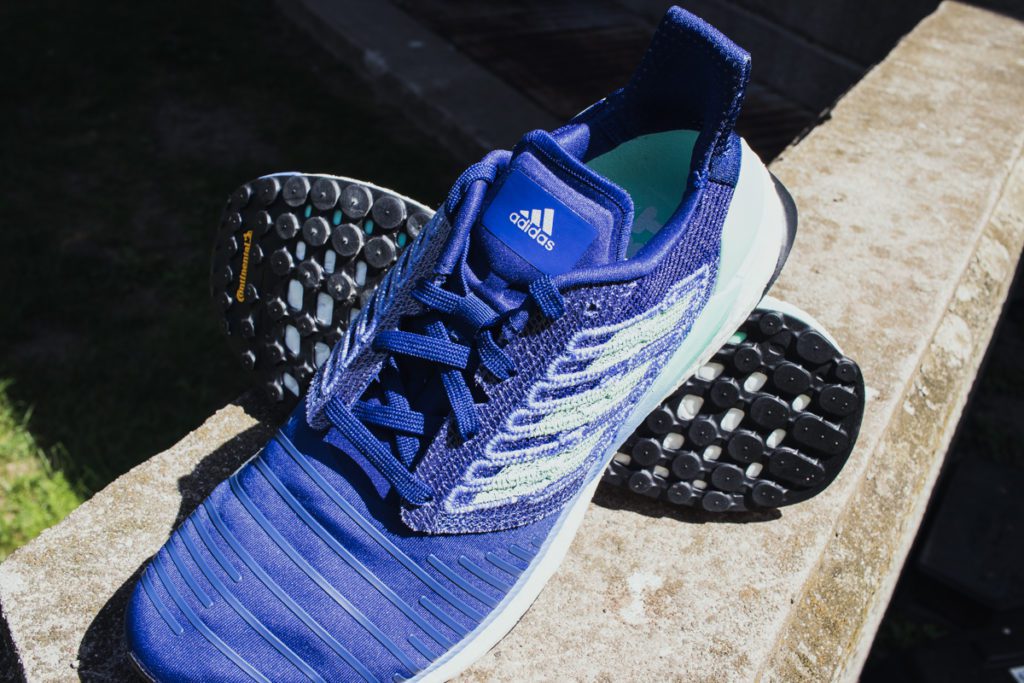 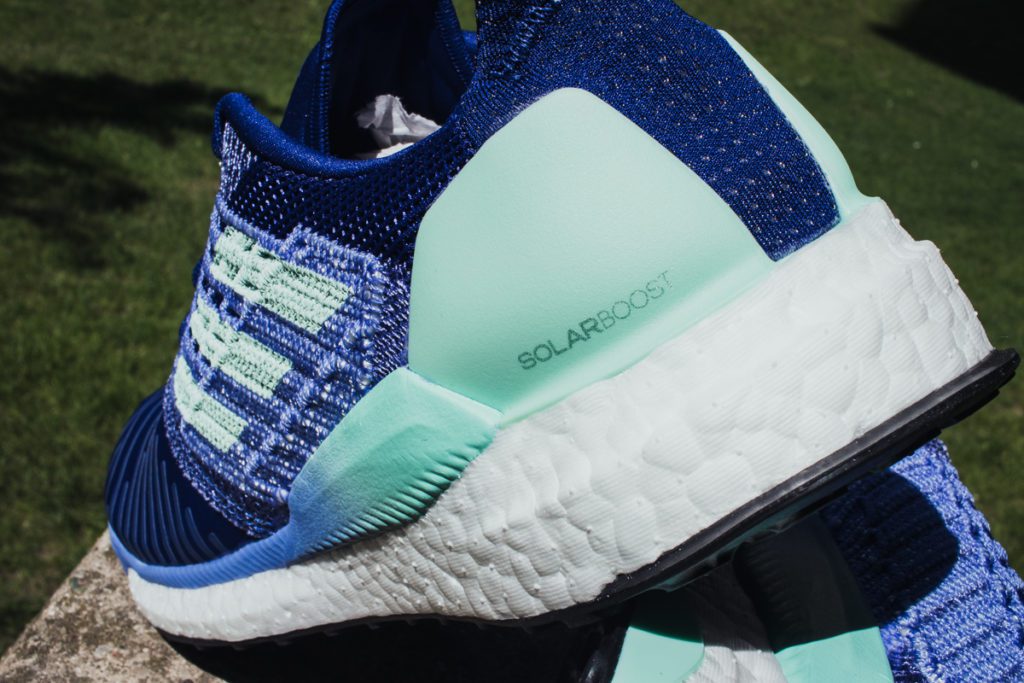 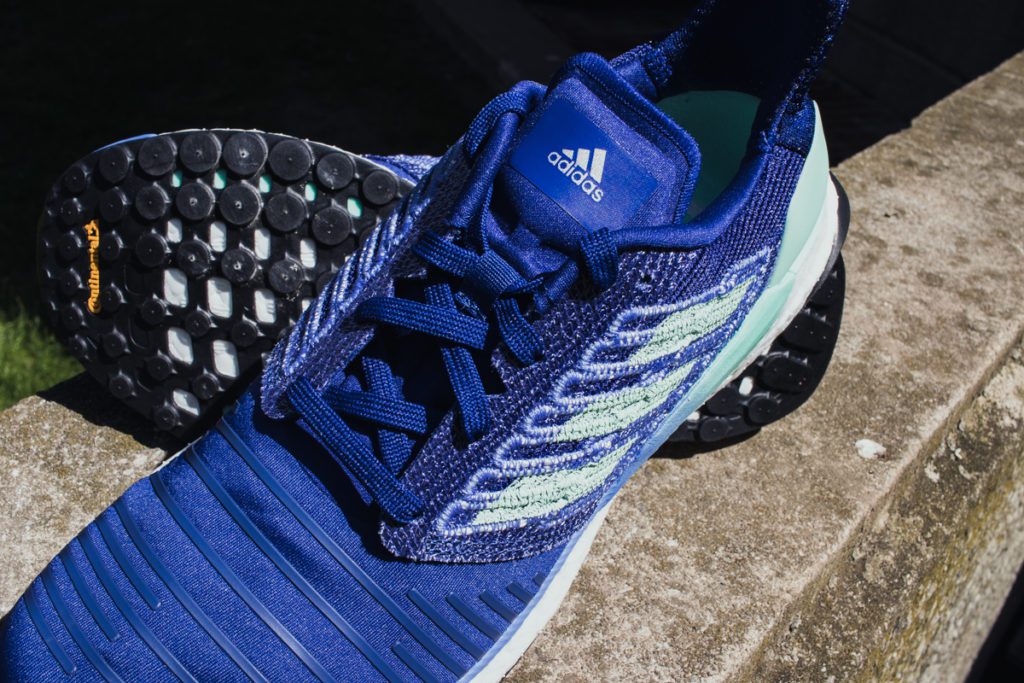 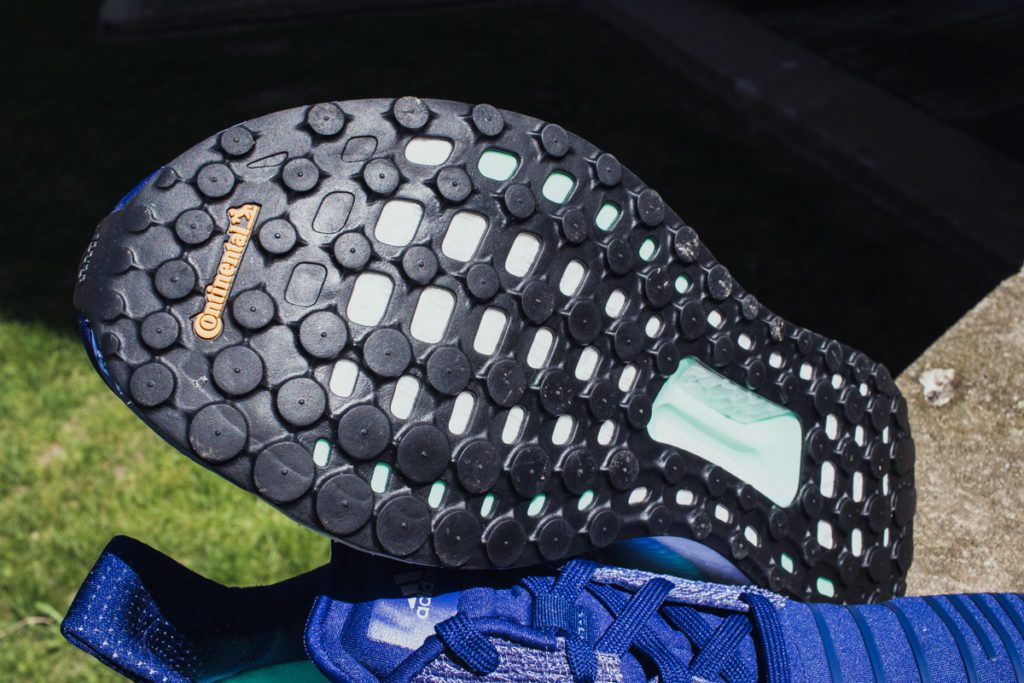 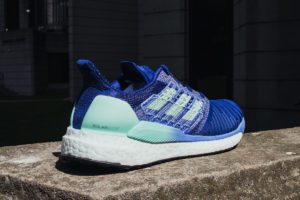 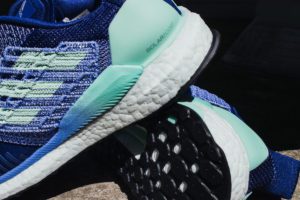 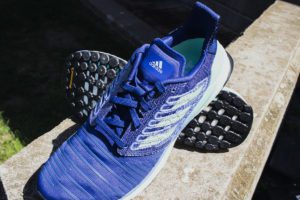 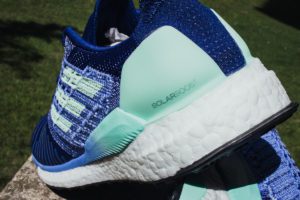 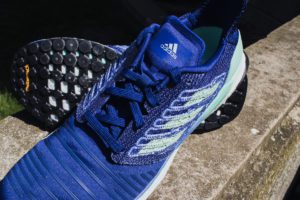 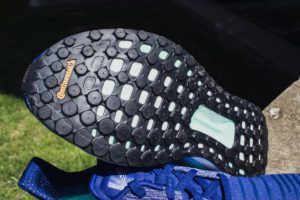