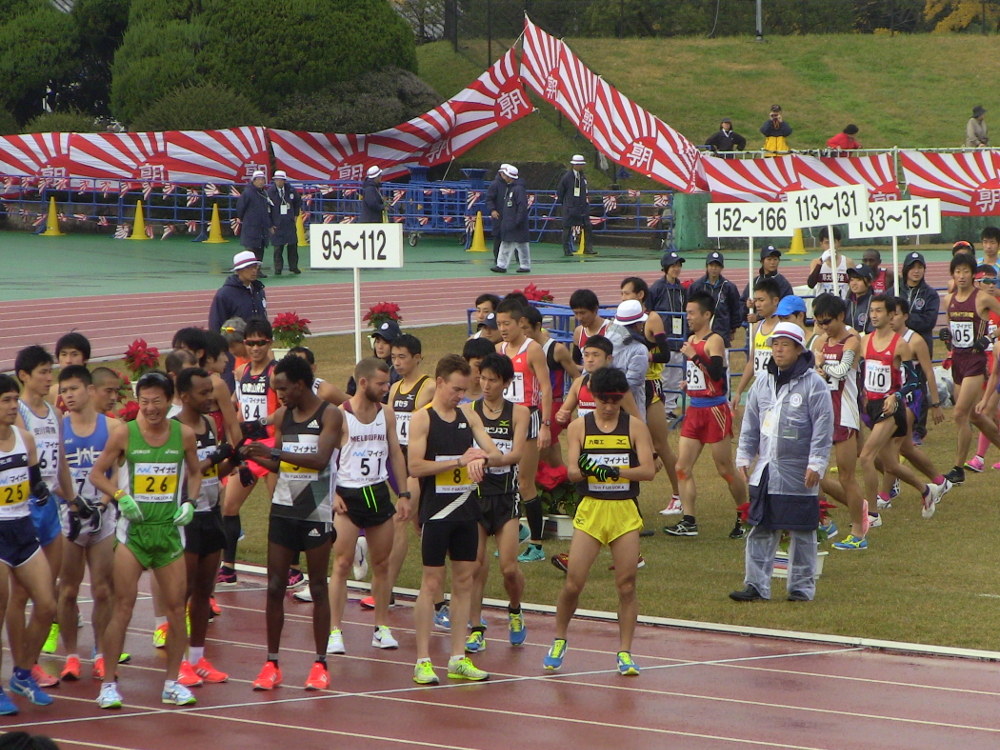 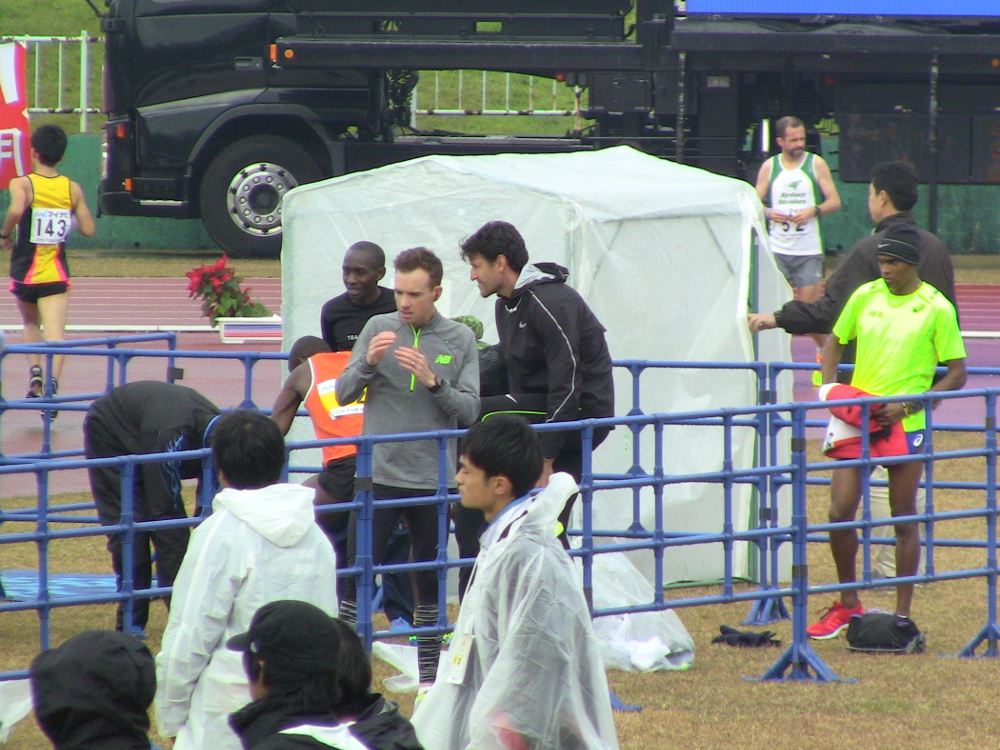 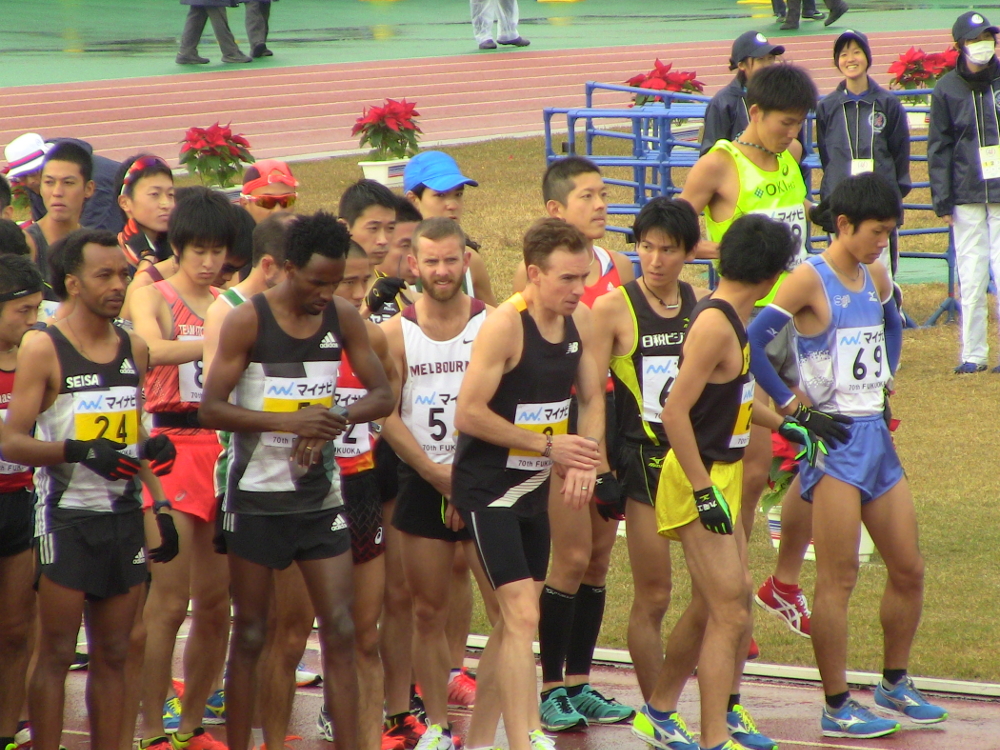 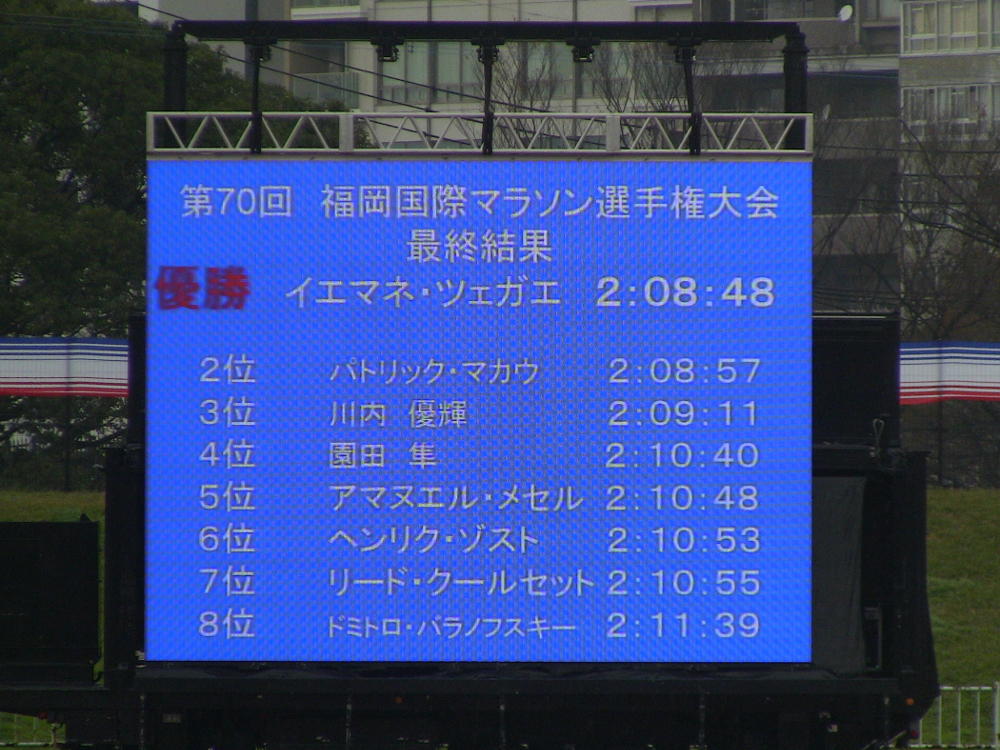 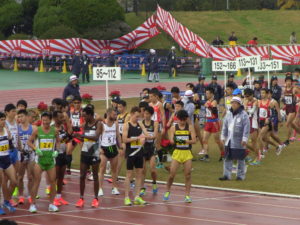 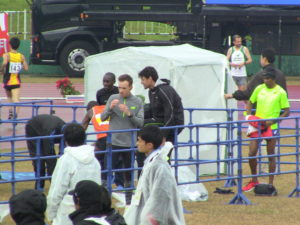 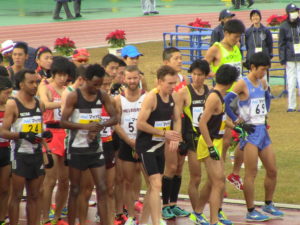 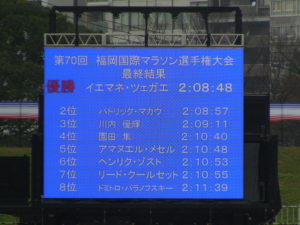 Hamilton’s Reid Coolsaet ran 2:10:55 to finish seventh at the Fukuoka International Open Marathon Championship in Japan on Sunday. Drayton set the national record in Fukuoka in 1975 running 2:10:09 with only Coolsaet having come within 20 seconds of the mark by virtue of his 2:10:28 clocking at the Berlin Marathon in 2015.

It was the third time that Coolsaet has run under 2:11 in his illustrious career as one of Canada’s top marathon runners of all-time. He clocked an identical 2:10:55 in Toronto in 2011 and ran 2:10:28, becoming the second fastest Canadian ever in the marathon, at the 2015 Berlin Marathon. He’s 37 and represents New Balance.

The result comes three months after he finished 23rd at the Rio Olympics in the men’s marathon, the second time the Canadian has competed at the Games. Coolsaet’s 2016 campaign was hampered by a back injury making Sunday’s run that much more impressive. Prior to the race, he told Canadian Running that training had gone well since his last marathon on Aug. 21. It’s unclear whether he will run in Tokyo in 2020.

“A group was set to run 64:30 pace and I considered going with it if it felt comfortable,” he told Canadian Running immediately after the race. “I think they were quicker off the gun so I ended up by myself before 2K. After that I just focused on keeping my pace.”

“I was pumped when I hit my 30K split and knew a sub-2:10 was still in the cards,” Coolsaet says. “Somewhere after 10K to go my calves cramped hard and every time I went to get back on pace it got worse. In the last 5K I used competitors ahead to keep me motivated. Also shooting for my second fastest time which would rank me second in North America was a nice carrot when I was hurting I managed to tie my second fastest time. And this is the fourth time in last six years I’ve been ranked second in North America on time.”

“Considering I ran solo I think this was my best marathon to date,” he adds.

Coolsaet was off of the lead pack early but continued to pick off fading runners through the first 10K. The 37-year-old passed 5K in 15:21, 19 seconds back of the leaders at the time, which put him on 2:09:30 pace. Coolsaet also raced in Fukuoka in 2013 so he knows the course well.

RELATED: Why I can’t sacrifice a payday to run for my country in 2017.

Several Japanese athletes dropped off the pace in the following kilometres as Collis Birmingham was employed as the pacesetter, someone who runs a part of the race in an effort to pull the field to a fast time. Coolsaet was running approximately 150m back of the lead pack between 10-20K and would occasionally appear in the distance of the television broadcast.

Ethiopian Melaku Abera broke the race open after the halfway mark carving up to a 100m advantage over the field through the 30K point in just over 1:31:03. The Ethiopian who resides in Japan had a 17-second lead at that point in the race. Japan Running News reported that Coolsaet was in 15th position at the 30K point. Yemane Tsegay won in 2:08:48 followed by Makau in 2:08:57. Fan favourite Kawauchi had a great run for third and was overcome with emotion at the finish.

Two minutes back, Coolsaet was able to run through the field finishing in seventh overall. His 2:10:55 makes him eligible to run for Canada at the 2017 IAAF World Championships but he has been vocal about the possibility of passing on the opportunity. Athletics Canada, the nation’s governing body, did not name Coolsaet as one of the athletes who will receive government assistance (funding) in 2017.

According to Speed River Track Club, the group that Coolsaet trains with, a Canadian has broken the 2:11 barrier in the marathon on six occasions. Three of those performances have been by the 37-year-old product of the University of Guelph. Conditions were rainy near the finish line on Sunday as the race began at 12:10 p.m. local time, which was Saturday night for Canadians.