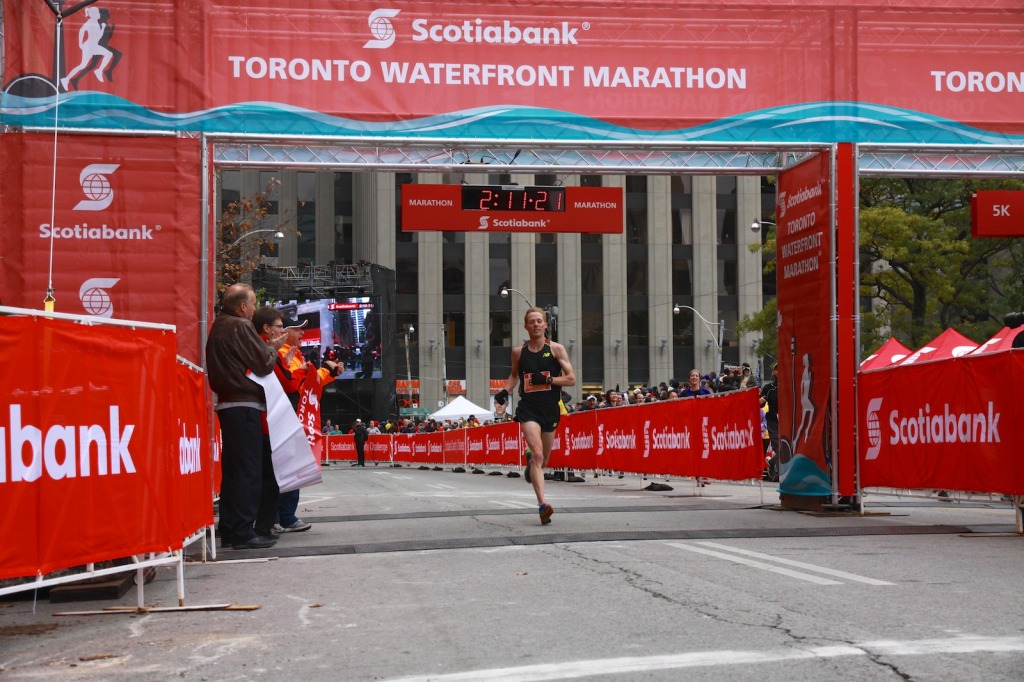 The Scotiabank Toronto Waterfront Marathon was awarded Gold Label status by the International Association of Athletics Federations (IAAF) today. This means the marathon is now recognized as being one of the best in the world.

This has become the first marathon in Canada to be given Gold Label status and is only the fourth in the Americas. The Boston, Chicago and New York marathons are also Gold Label events. It’s also just the second Canadian road race to be awarded the status – Ottawa’s 10K holds gold as well.

To be given this status reflects that the race has incredible organization and top-notch quality athletes competing. After holding silver status for the past seven years, director Alan Brookes is thrilled.

“When we started thirty years ago people told us ‘If you want a decent race you’ll have to go to the states,'” he said in a press release. “Seven or eight years ago, one of the major athletic brands told us they weren’t interested in sponsorship, because Toronto would never have a major marathon. We were motivated to put this marathon on the map and are proud to have been recognized at this elite level.”

To get IAAF Gold Label status, races must meet a number of strict criteria. They must have a field of international elites from at least five countries, it must be closed to vehicular traffic and create minimal ecological damage in the surrounding area. As well, road races have to have electronic timing and meet measurement standards. With regards to the athletes, prize money has to be distributed fairly and not favour any particular gender or nationality. A specified number of doping tests must be carried out, too.

Over the past eight years, the men’s fastest marathon ran on Canadian soil record has been set three times at the Scotiabank Waterfront Marathon and both Lanni Marchant and Krista DuChene broke the 28-year old record Canadian women’s record on the course.

Last year, the race became the first marathon to be live-streamed globally on YouTube. It reached 115 countries. There were 27,000 participants at race weekend representing 60 countries.

The 2015 race is set to run on Oct. 18 and will be the Canadian National Championship for the first time.