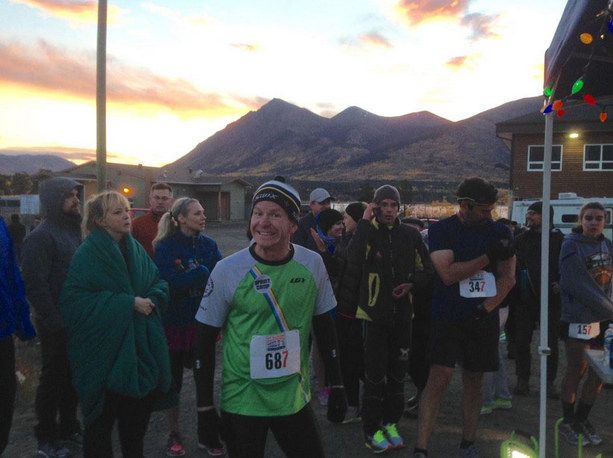 Just last week, runners gathered in teams to take part in one of Canada’s most scenic relay races. The Klondike Trail of ’98 International Road Relay is an event that is sure to be on many Canadian runners’ bucket lists at some point.

Not only is it an event to work up to with significant changes in altitude in the first two legs, it also takes runners along technical terrain over distances ranging from nine to 25K. Runners who also want to go the extra distance can sign up for the ultra option and run legs seven through to ten for a total of 70.7K.

Of course though, a major part of the race is its historical link. The relay takes runners along the old route from the iconic White Pass to the Yukon along the banks of the Yukon River which stampeders traversed during the Gold Rush.

This race, and running in the Yukon in general, is one of the most beautiful racing experience a runner could ask for. Take a look at photos from this weekend up north.

Packing up for this year’s Klondike Road Relay. My fourth year. Running leg four. 21km of mostly downhill. It’s really a half marathon at one o’clock in the morning. #Fml #krr2015 #imightdie #klondikeroadrelay #klondikeroadrelay2015 #buoyantflailers #myteamiscoolerthanyourteam #runnerslife #goodluck #onon #whhhh #wh4 A photo posted by Vanessa Falle (@vanessafalle) on Sep 11, 2015 at 8:53am PDT