A total of 258 runners were disqualified for cheating at the Shenzhen half-marathon in China. Race organizers announced yesterday that there were 18 runners with fake bibs, three imposters and 237 cheaters, most of which took a short cut on the course. See video below.

Xinhuanet.com reports that runners who cut the course at the location caught on camera would have run about three kilometres shorter than everyone else. Traffic cameras caught runners cutting the distance by running through bushes to make an early u-turn. Race organizers are quoted as saying, “We deeply regret the violations that occurred during the event. Marathon running is not simply exercise, it is a metaphor for life, and every runner is responsible for him or herself.” 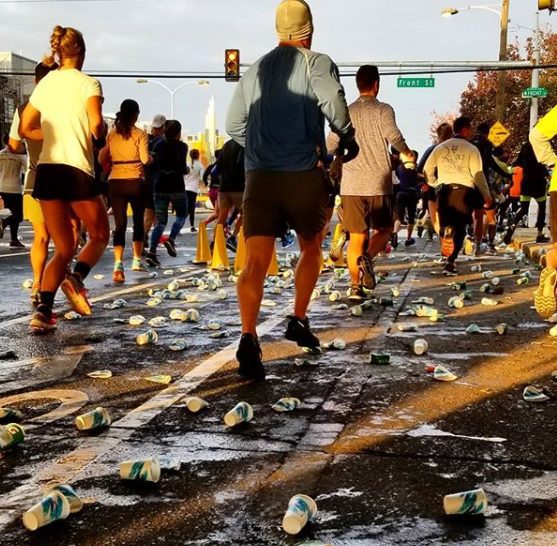 This is not the first incident of mass cheating in the past couple months. At the Mexico City Marathon which took place earlier this fall, there were an alleged 13,000 cheaters.

2018 was the year of the “O” medal. Since 2013, the official finisher’s medal has been in the shape of a letter. In 2013, it was “M” with the next year being “E” followed by “X” and then “I”, and last year “C”. The letters of the finishers medals eventually spell Mexico, with 2018 being the final letter. Race organizers had reportedly made efforts to cut down cheating at the event which also saw mass-cheating in the year prior.