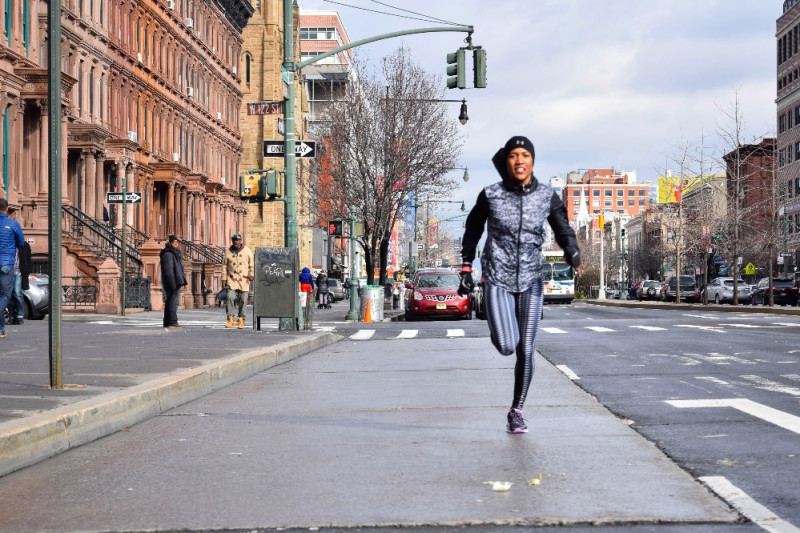 On Saturday, a team of four women from Harlem, New York will complete a 386-kilometre fundraising journey to Washington D.C., just as Donald Trump begins his presidency.

Alison Desir, founder of the run group Harlem Runs, and her team have timed their run in order to be in the American capital on time for the Women’s March on Washington, scheduled to take place during Donald Trump’s first full day as president. Desir told Runner’s World that they were motivated to do something after feeling a sense of dread over Trump’s election victory last November.

The march is expected to draw over 200,000 people, making it one of the largest political rallies in U.S. history. “The Women’s March on Washington will send a bold message to our new government on their first day in office, and to the world that women’s rights are human rights,” reads the mission statement on the march’s website.

Powering thru the rain #Run4AllWomen

The three recreational runners decided to travel to the U.S. capital the hard way, with each having to cover the equivalent of two marathons a day in order to arrive on time. Their primary goal is to raise money for Planned Parenthood, fearing that a Trump administration will not support women’s health issues.

While their run started on Jan. 16, it has been in the works for the last few weeks, starting a Go Fund Me campaign, hoping to raise US $44,000 for the organization.

The group selected that cash goal in honour of outgoing President Barak Obama, who was the 44th U.S. president. They also encouraged other runners to join them en route to Washington. Since then, they have received nearly double what they’d hoped in donations. At the time of reporting, they’ve raised US $85,860 from 2,288 different supporters.

The synopsis of the purpose behind their ultra run is written below as found on their campaign page:

“On January 16, 2017, MLK Day, I (and a small team) will begin a 240-mile run from Harlem to Washington DC in an effort to raise money and awareness for Planned Parenthood and the awesome power of women. (To put it into context, we’ll be running roughly two NYC Marathons each day). We will arrive in DC on January 20th to join all of our powerful, beautiful, and courageous sisters in the Women’s March. There will be four of us running, but we’ll be running for all of us.”

Updates on Desir’s run can be found through her Twitter page (@powderedfeet). The map of their route is here.