On Friday, The Toronto Star reported that Ben Johnson’s 1988 Olympic drug test report had, “a slew of handwritten scrawls and altered information.” This is the report from the sample that disqualified Johnson from the Olympics after winning gold, and had his world record struck from the record books.

According to The Star, “Turns out no Canadian Olympic team official saw Johnson’s lab report in Seoul. Or the slew of handwritten scrawls that altered information throughout the official document.”

The Star obtained a lab report, which was 30 years old this week, that showed handwritten revisions, unexplained deletions, and most importantly, confusion as to what steroid was actually in Johnson’s system.

During the Dubin Inquiry, Johnson confessed to being a long-time steroid user, however, he remains adamant that the steroids should have cleared his system by that 1988 race day. Johnson tested positive for the steroid stanozolol, but there was a second steroid identified in the report, oxandrolone, which was scratched out in the lab report. Johnson denies using oxandrolone, and told The Star that finding was, “a shock.”

The Canadian team reportedly took the medical commission’s word that its testing methods were unable to be attacked.

According to the Canadian Centre of Ethics in Sport (CCES) athletes have several rights and responsibilities during sample collection.

Athletes have the right to:

Athletes have the responsibility to:

In 2018, athletes often bring their coach with them during the sample process as their representative, and maintain control of their sample themselves until it is sealed. This process is supposed to discourage any tampering with  samples or reports, and encourage fair and consistent testing practices.

Today, Canadian athletes have improved protection in the event that they fail a drug test. 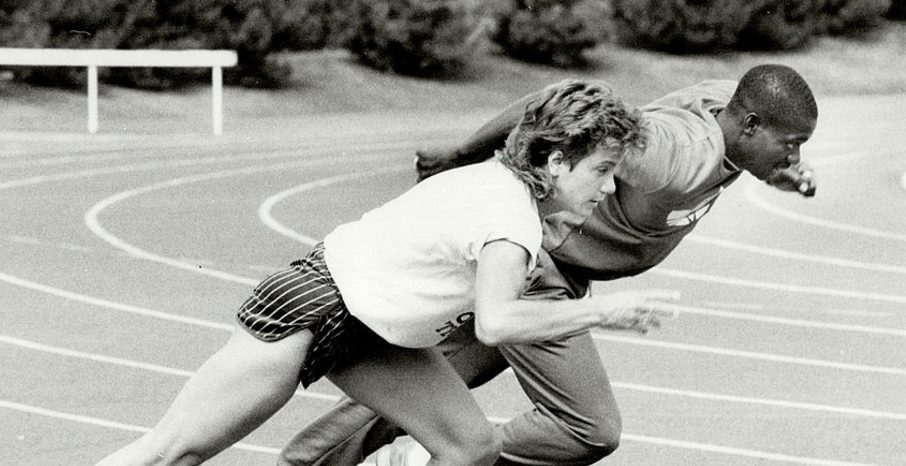 The rules seem to have been different when Johnson gave his 1988 sample. Canada’s chief medical officer at the time, Dr. William Stanish, reportedly requested the lab information after Johnson’s test, but it was never provided. Johnson told The Star, “the medical commission’s intention was for me not to see anything with Charlie around.” Charlie is Johnson’s late coach Charlie Francis. He continues, “Charlie had a brilliant mind. He would have noticed mistakes.”