Caster Semenya is the defending Olympic champion in the 800m, but she announced on Instagram that she plans to make a push for her South African sprinting team in the 200m in Tokyo. Her decision comes after World Athletics introduced a rule that prevents female athletes like Semenya who have DSD (differences of sexual development) from competing in events ranging from the 400m up to the mile. If she wanted to compete at another Olympics, Semenya was faced with the decision to jump to longer distances (minimum the 5,000m for Olympic racing) or to go shorter, and she chose the latter.

In addition to making a jump up or down in distance, the World Athletics rule says Semenya and other female athletes with DSD have another option: medically lower their testosterone levels to a maximum of five nanomoles per litre. Semenya has been adamant that this is not a step she will consider taking, so a race change was her only choice. 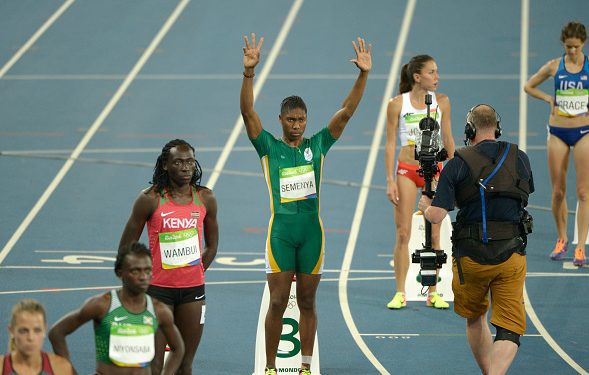 In 2016, the gold medallist in the 200m, Elaine Thompson of Jamaica, ran a 21.78 to take the win. Two South African women, Justine Palframan and Alyssa Conley raced the 200m in Rio, and both posted times faster than Semenya’s from Friday (23.33 and 23.17, respectively). Neither woman made it out of the heats.

Semenya will have to make a lot of improvements in the coming months if she hopes to compete at the Olympics, but the fact that she is back to racing is exciting enough for now.