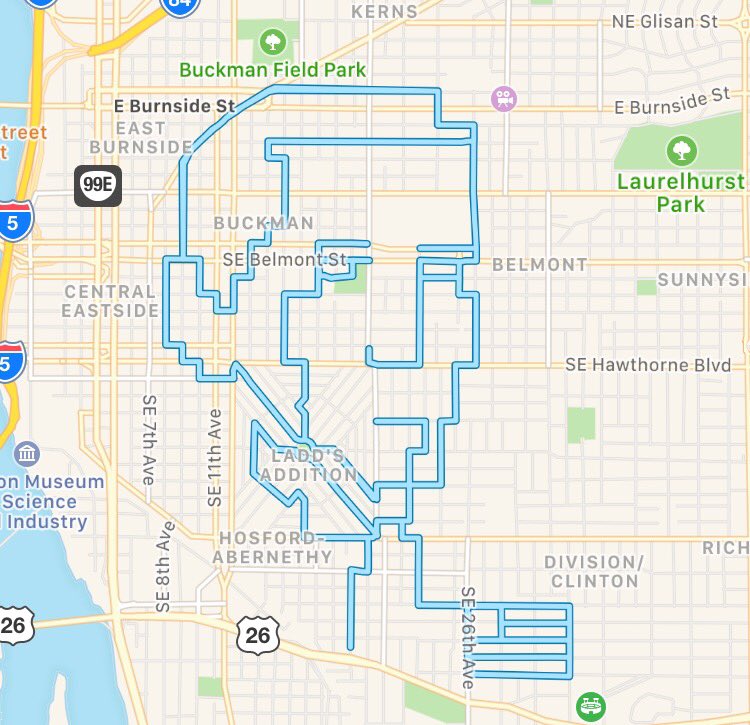 First, it was routes in the shape of Game of Thrones symbols and characters, then Star Wars, and now a portrait of President Obama. Basically, Lu plans out a run in advance, uses step-by-step directions to complete said run, and then uploads the data to Nike+ and Strava to create GPS art.

“I won’t be watching on inauguration day,” Lu tweeted out. “Instead, I’ll be running a 15-mile (24K) run as a sendoff for Barack Obama.” He has since updated the route and added in an extra mile (1,609m).

RELATED: Marathoner with a gift for comedy confused for VP-elect Mike Pence.

What Lu is referring to is the inauguration of the President of the United States. President-elect Donald Trump will take the office as current president Barack Obama completes his eight-year term. The address will take place on Jan. 20 in Washington, D.C.

The planned route, which Lu verifies as being run-suitable in advance with the help of Google Maps Streetview, is expected to take place in downtown Portland, which was recently hit with snow. Oregon Live refers to the city having “unusually relentless cold weather.” The route you see in this story is the blueprint for his Jan. 20 run.

Considering the accuracy and creativity of his previous attempts at GPS art, there’s a good chance the Obama sendoff portrait will be on point.