On the same day that Lindsey Bleach and her husband found out they were having a baby boy, they also learned he had a severe congenital heart defect known as Hypoplastic Left Heart Syndrome, and doctors told the couple that he would likely not make it to his first birthday. Liam defied the odds, and 11 years later Bleach is participating in The Million Reasons Run in honour of her son, to raise money for life-saving research at the hospital that saved his life.

“Liam had his first heart surgery when he was just one week old,” says Bleach. “While his recovery seemed quick, Liam’s condition was unstable and he experienced setbacks, including cardiac arrest at five months old.”

Despite doctors’ predictions, Liam made it to his first birthday, but his struggle did not stop there. The family began planning for his third open-heart surgery when he was just two-and-a-half years old, which was followed by another chaotic post-surgery recovery. Today, the now 11-year-old has undergone three heart surgeries and nine unplanned cardiac procedures, and continues to monitor his heart condition annually. His mom describes him as a “vibrant, creative, thoughtful dude who loves to read and uses his wild imagination to write his own book series.” Liam has also become an enthusiastic advocate for SickKids, sharing his story and participating in fundraising events every chance that he gets.

This is why Bleach is participating in The Million Reasons Run, with the goal of running 168.8 kilometres (the equivalent of four marathons) during the month of May. Each run will be dedicated to her son, whose resiliency continues to inspire her every day. 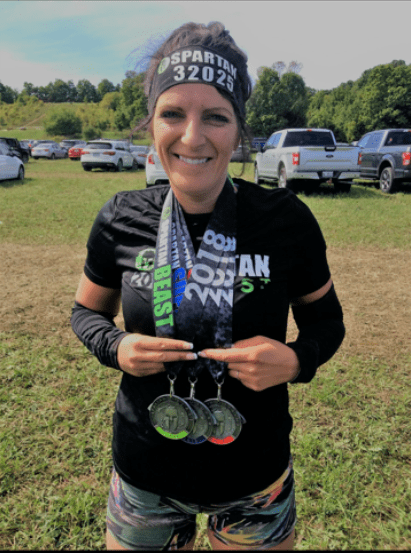 “Watching my child go through so much so early in his life and having him fight with every ounce of his body just to survive and now thrive really taught me about a great deal about what it means to not quit and build resiliency,” says Bleach. “It has contributed to my becoming much tougher during hard times.”

Of course, being the mother of a child with a severe medical condition was hard enough, but Bleach herself has gone through her own health challenges. Five years ago, she was facing her own medical issues, and surgeons told her she would never run. Bleach had grown up a dancer and was never really interested in running, but she decided to start running simply because she was told she wouldn’t be able to. After rehabbing a mangled leg over 18 months, she completed her first 5K, 10K and half-marathon in the same year. Since then, she has ran in 20 races and is on track to complete her first marathon this year. She has fallen in love with the sport, and even when it gets difficult and she wants to quit, her son inspires her to keep going.

“Seeing Liam battle immense physical and mental challenges as a direct impact of his heart condition has encouraged me so much in my ability to get to that place where I know I will be “okay” in uncomfortable situations or even difficult seasons in my life,” she explains. “Having that assurance that I can do hard things and make it to the other side. For running, I have been in race settings where I’ve been ready to give up because my body is done only to be reminded that I have grit – because Liam gave me that when he was born.” 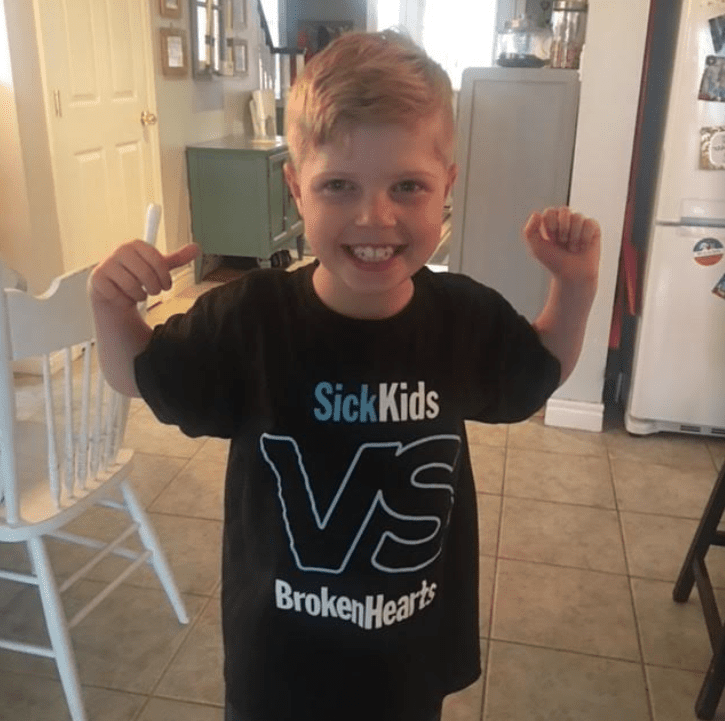 It has become very important for Bleach and her family to give back to SickKids every chance they get because the staff there made life possible for Liam, and they know that sadly, not every family gets that happy story. Bleach wants to share her reason for doing The Million Reasons Run because she knows whether it’s securing more donations to her page, or encouraging others to join the challenge and create their own fundraising pages, it all means that much-needed financial support will go toward the 13 children’s hospitals across the country.

“If you are a runner: sign up and use your platform to do good in our community,” she says. “If you aren’t into running: let me do the running and you can donate toward my goal.”

For parents of children with severe medical conditions, Bleach has some advice and words of encouragement: hang in there and draw from your child’s strength and toughness. She urges parents to learn everything they can about their child’s condition, ask questions and be actively involved in their care plan. She also pushes parents to trust their gut and relentlessly advocate for their child. Finally, she encourages them to connect with other families at the hospital and surround themselves with a support system. She says nothing that can ever quite prepare you for the tornado that hits your life when you are having a child with a severe medical diagnosis, and so having a community around you is crucial for getting through the tough times. For the rest of us, supporting the life-saving research that these hospitals do can save the lives of hundreds of other kids like Liam.

“There are so many advances in the medical field these days that were not available options to us at the time,” says Bleach. “It’s really exciting and brings my heart so much hope for what Liam’s future could look like!”

To support Bleach go to her fundraising page, or to sign up for The Million Reasons Run yourself, click here.