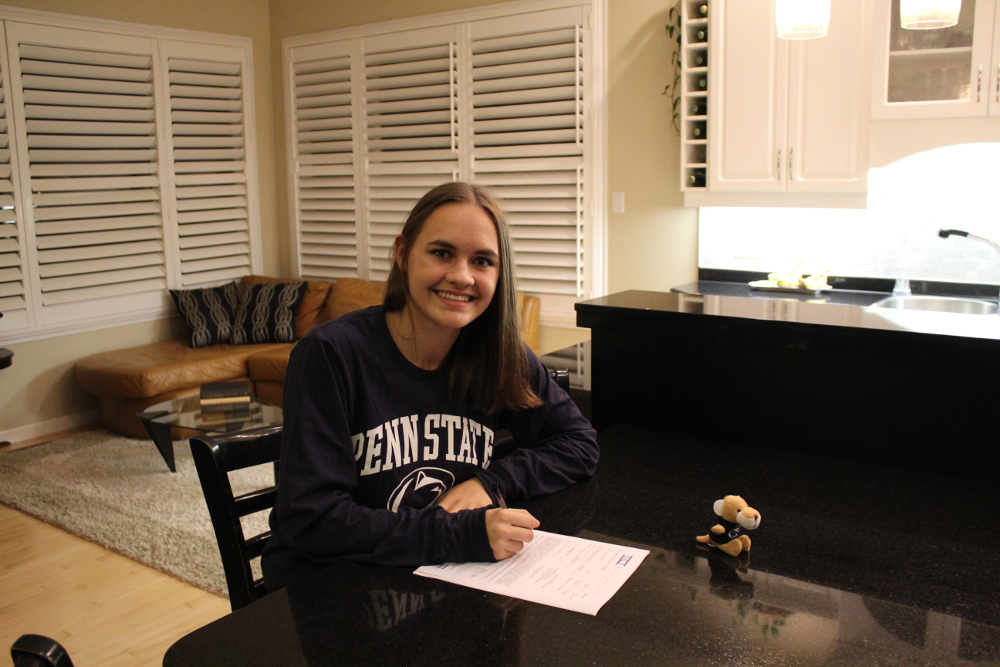 Winnipeg’s Victoria Tachinski, who this spring broke the Canadian 800m youth record running 2:03.58, publicly announced this week that she has signed on to attend the NCAA Division One program located in State College, Penn. The public institution is highly-ranked in both athletics and academics; Tachinski plans on studying either microbiology or biotechnology.

“Penn State coach John Gondak has built a great relationship with my family, coaches and myself,” she says. “That was really important. The campus is great and I got along with the team. It’s also ranked highly academically.”

For soon-to-be high school graduates, the summer between Grade 11 and 12 is often when university programs begin contacting students in the recruiting process. This past summer, Tachinski, a student at Vincent Massey Collegiate in Winnipeg, ran her 800m youth record on June 4, shortly before July 1, the starting date for NCAA coaches to begin off-campus contact with potential recruits. 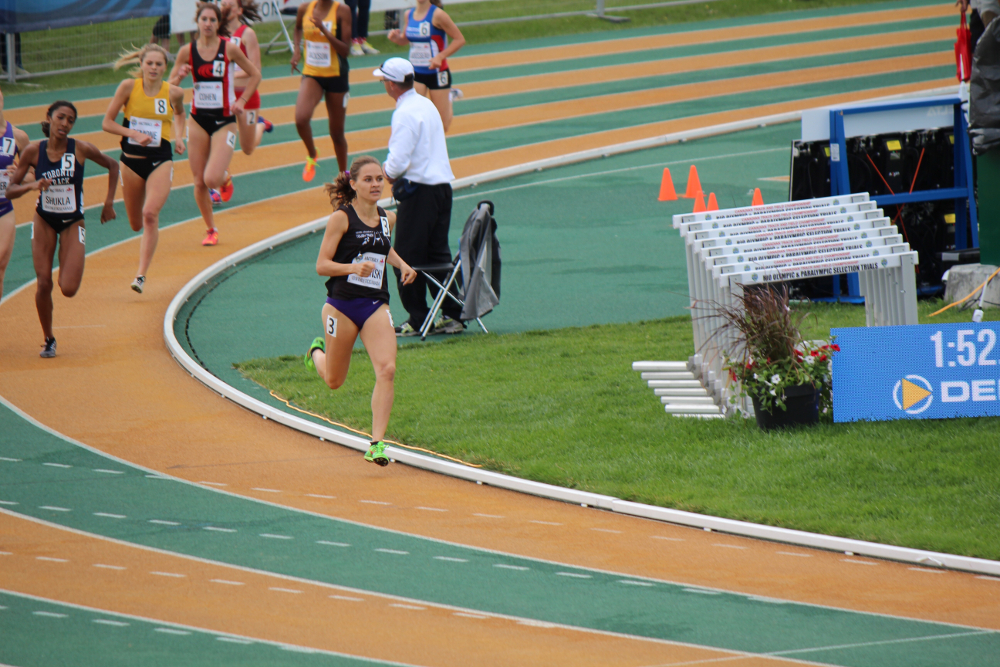 “On July 1, I was getting lots of phone calls,” Tachinski recalls. “Coaches began flying to Winnipeg for home visits to tell me about their programs. The added attention brings with it pressure as I was still competing during the summer. My friends were really good and my best friend basically went through the entire process with me.”

Tachinski, 17, represented Canada this summer at the IAAF U20 World Championships, formerly known as the world junior championships, finishing sixth in the 800m. She won bronze as part of the nation’s 4x400m relay team. This despite being a youth athlete, meaning she was racing against runners two to three years older than her.

“It was a learning experience racing against the older athletes,” she says. “Now I know what to expect.” The 17-year-old will still be eligible for the world under-20 championships in 2018 when Finland hosts the global event.

Yesterday I was so proud to be a Canadian! ??Melissa Bishop ran in the Olympic 800m Final, she ran flawlessly and finished in 4th, breaking her own Canadian Record! ⏱? She may have not got a medal but she is truly a champion and a great role model for anyone to have! I'm hoping that one day I can be just like her! She is truly an inspiration

Tachinski is also a standout basketball (provincial all-star) and hockey player though she says track is her primary focus. She credits her coaches for working with each other to help her balance the three sports along with school. She’s currently taking university calculus and other honours courses.

“Running has always been my passion, as far back as when I was five,” she says. “I’ve always played numerous other sports but I’ve always wanted to be a runner.”

During her visit at Penn State, she attended the university’s homecoming game at the 106,000-capacity Beaver Stadium. The campus also has a hydraulic indoor track, a point of interest for middle-distance runners like Tachinski, especially considering she has run 53.38 for 400m, as the bank of the track can be adjusted depending on race distance.

The 17-year-old also made recruiting visits to Arkansas, Iowa State, Louisiana State and Connecticut before signing with Penn State. When she was at Penn State for her visit, she notes that the alumni made a big impact on her. “The alumni continue to come back for games, everyone is so proud to say they went to Penn State,” she says.

Tachinski, who says she looks up to 800m runner Melissa Bishop and 16-year-old Olympic swim gold medallist Penny Oleksiak, has three siblings, all of who are competitive in hockey, football or basketball. Before attending Penn State University beginning in September 2017, Tachinski hopes to run for Canada at the Pan Am Junior Championships, the Canada Summer Games – in her hometown – and two prestigious U.S. high school meets this winter.