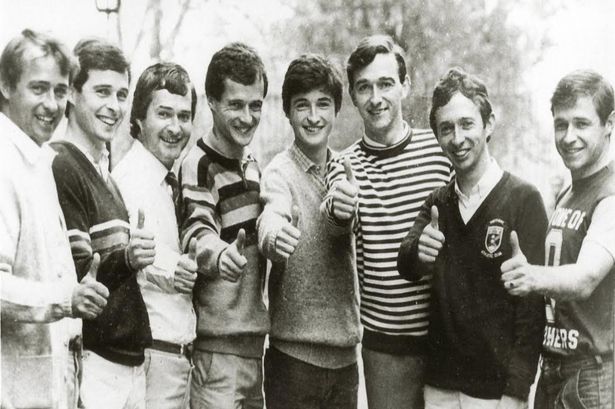 The Hughes family is having a unique reunion this weekend. Thirty-one members of the family will converge on Dublin to chase a Guinness world record at the city’s marathon.

According to the Irish Mirror, the family is looking to break the record for the most members of the same family to run the marathon, which stands at 16. Making the race more exciting is that the Hughes family has actually held a similar record before.

Thirty years ago the eight brothers in the family trained and ran the same Dublin marathon together, setting the record for most siblings to run a marathon together. They’ve now recruited many of their children and their sisters’ (of which there are five) children. There are family members flying in from the U.S., U.K., Spain and Germany to run the marathon.

To reclaim a spot in the record books, 17 of the runners will have to cross the finish line within seven and a half hours. The record is currently held by a Wisconsin family.

“I’m a good bit older now and the plan for me is just to finish it,” one of the brothers, Owen, told the Mirror. “I very much doubt all 31 of us will complete the race, but I’m still very confident we’ll get enough of us over the line to break the record.”

This time, three of the eight original runners will run again, each only their second marathon ever, the other being when they first set the record, though they weren’t slow. Richard, one of the brothers, ran 2:46 in his first marathon, never to return to the distance until now.

A member of the family recently committed suicide and the family is raising money for On The Road Again, a mental health charity.