Canadian 100m record holder, Bruny Surin, says that Andre De Grasse is the new face of Canadian track. In his open letter to the 20-year-old, Surin gives him advice in being a new Canadian sprinting icon.

Recently, Bruny Surin, holder of the Canadian 100m record, pulled an admirable move by writing an open letter to sprinter Andre De Grasse as a way of “passing the baton” to De Grasse. Surin clocked the fastest 100m in his life in 1999 breaking the 100m record with Donovan Bailey. They both ran 9.84. Surin says he didn’t expect the record to stand for so long. Now though, he expects De Grasse to take his spot and be the new face of Canadian track.

In his letter, Surin talks about the day he set his record, the career De Grasse has ahead of him and his advice to the young Canadian sprinter. Here’s what he says.

August 22nd, 1999 is a day I’ll never forget. I woke up that morning and had a feeling my life would change forever. I was in Seville, Spain for the World Championships, and everything was coming around just perfectly. I was fit, I was injury free and I was one run from making the final. In the semi final, I clocked 9.96 seconds into a small negative wind, which would be my fourth sub ten race of the year. I spoke with my coach, and he told me to 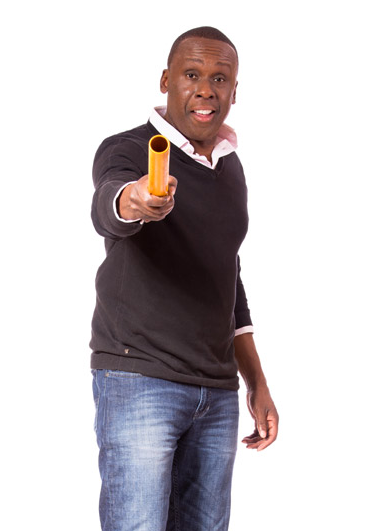 relax, regroup and get ready for the final. With loved ones around, and my favorite Tupac song playing in my ears I began my warm up for the final. I’ll never forget hearing rhyme off words like no one else can, “Things will never be the same” from his hit song Changes, and my goal was in fact change history. Running out of lane 6, I clocked the fastest 100m of my life without realizing that I had in fact ran 9.84 and equaled the Canadian record while surpassing the mark set by my idol Carl Lewis from years before.

I would have never thought in my wildest dreams that the record that both Donovan and I hold would be untouched, in fact unharmed until recently more than 16 years after my last sub ten performance.

The future of sprinting is here, and he has made an enormous impact at the young at of 20 years old. He has
already run sub 10 on two occasions this year, he’s also broken the Canadian 200m record and won both the 100m and 200m races at the NCAA Championships. His name is Andre De Grasse, and it is now time that I officially pass him the baton to be the new face of Canadian Track & Field. I firmly believe that we will see a new Canadian Record set this weekend at our Canadian Championships.

My advice to Andre is simple, be humble, be appreciative for what you have and never forget your roots. You have a very long career ahead of you, and I will be your biggest fan watching you develop into one of the best sprinters the world has ever seen. It is now your time, so please take the baton to places I was never able to and be a great ambassador to the sport and our Country.