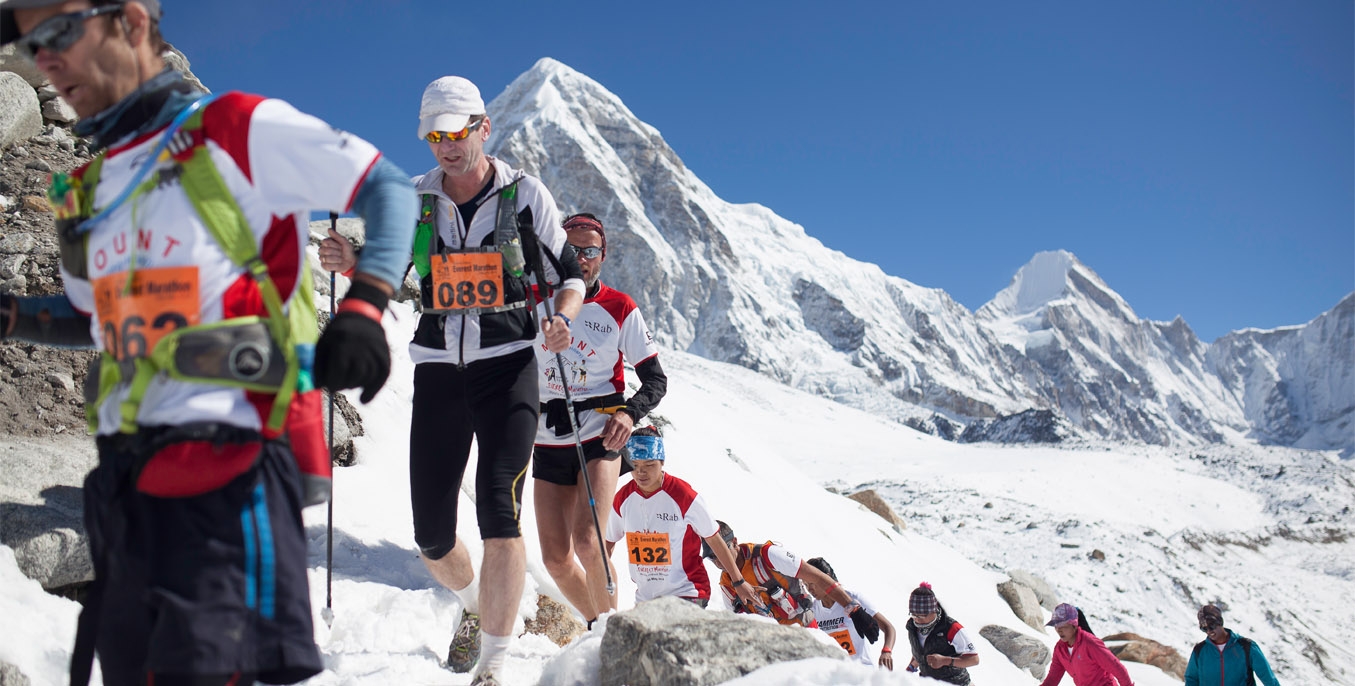 It has been just slightly over five months since a 7.8 magnitude earthquake hit Nepal and on Oct. 5 the Tenzing-Hillary Mount Everest Marathon went ahead in effort to raise funds to rebuild the region.

The earthquake had devastating effects on Mount Everest and Khumbu, leaving nearly 9,000 dead. Rebuilding after this natural disaster is going to continue to be an uphill battle.

The Mount Everest Marathon is an annual event taking place every year since 2003. Running on a course in the foothills of Mount Everest, it is the world’s highest marathon. It’s highest point is 18,200 feet up from the summit. It starts at the Everest Base Camp and finishes in Namche Bazaar.

After the April 25 earthquake which also triggered avalanches on Everest killing climbers, this year’s race weighed importance on the charity aspect. “Run to rebuild Khumbu” was the slogan given for the 2015 running. Funds raised go towards supporting the families of the deceased and well as rebuilding homes, medical facilities and schools.

The marathon’s goal is set at $25,000. So far they have raised $3,760. While usually it goes ahead with a May date, it was postponed this year until October. There were 54 runners who participated in Monday’s marathon coming from the U.S., the U.K., Poland, Israel and Australia.

The extent of the marathon’s efforts to rebuild Khumbu will depend on how much of their goal they are able to secure.