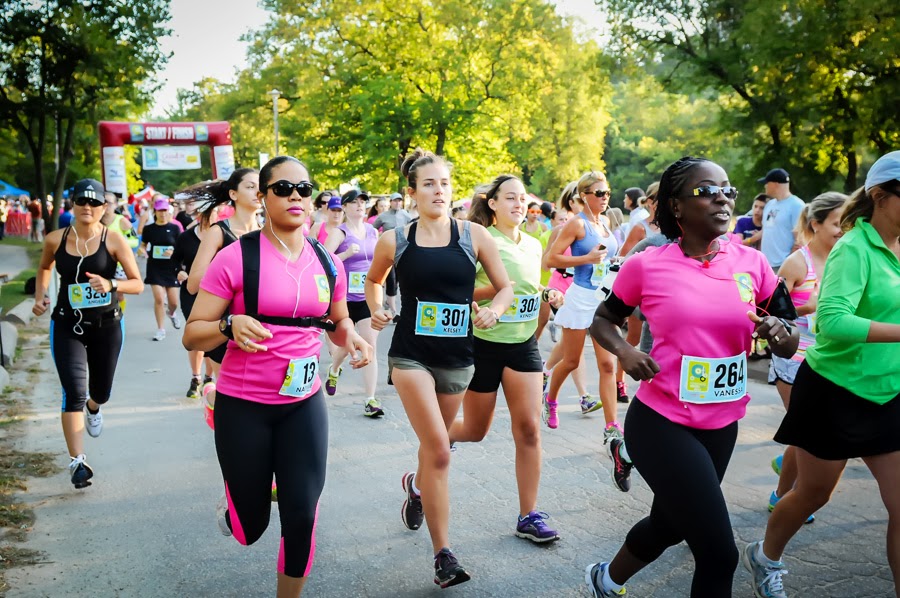 The first race in 2014’s Toronto Women’s Race series is set for Sunday, and after a long, cold winter, the half-marathon and 5K still have spots available in the usually sold-out race, but race director Cory Freedman thinks most of them will fill up before the end of the week with the weather looking perfect over the weekend.

“The park is looking beautiful,” says Freedman. “The City of Toronto worked hard to clean it up after the ice storm and harsh winter, so it is looking real green and beautiful. We’re excited to kick off our season with the good weather looming and some green foliage coming out, finally.”

The races are known for being a fun and inviting opportunity for new runners to get involved in running in an easy and enjoyable atmosphere, and the organizing team already has one event under their belt this spring, Cory having taken over directing the Sporting Life 10K and using much of the same team between the events.

“For a lot of us who worked on both races, [Sporting Life] was just part of our ramp-up in the spring when that we focus on [that] and the women’s half-marathon,” says Freedman. “Obviously, Sporting Life is significantly larger and that took a lot of our focus, but because we’re also used to doing a lot of the same things for the half it makes it easier when you have the same staff and volunteers.”

Another fun aspect of the women’s races is the firefighters. Each race, firefighters come out to man the water stations, a popular attraction that seems to have come about partially by accident. A friend of Freedman’s who is a firefighter mentioned that some of the force may be interested in coming out to volunteer for the race and help out. It’s since become a standard in the Women’s Run Series. All of the firefighters are from the Toronto force and volunteering their time.

But it’s not just firefighters that last year got 2,200 runner out to Sunnybrook Park.

Freedman says one of the the runners’ favourite parts of the races is the location in Sunnybrook itself. “They love the fact that it’s in the park, they love that it’s off the roads. It makes for a very intimate feel.” And everyone is supportive of each other, from some of Canada’s top female runners right down to those running their first race. “They may not even know how to pin their bib on, and everyone is the same the minute they line up. That’s what makes it so cool.”