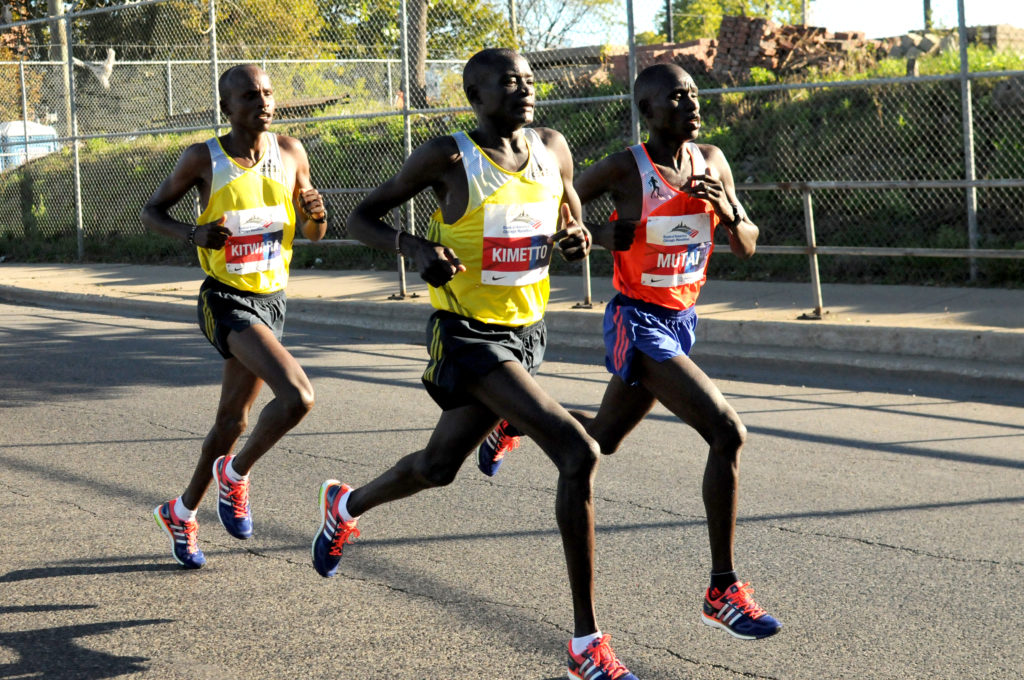 Organizers of the Bank of America Chicago Marathon announced today that Kenya’s Dennis Kimetto–the current world record holder in the marathon and course record holder in Chicago–will not be running this year’s event on October 9th. It was stated he had withdrawn due to injury.

Kimetto was undoubtedly considered the favourite owing to his 2:02:57 personal and world’s best time set in Berlin in 2014. He had previously run 2:03:45 at the 2013 Chicago Marathon which stands as the course record.

Sammy Ndungu, also of Kenya, who finished third at last year’s Chicago race has also withdrawn and American Nick Arciniaga who was previously listed as an elite starter will be running this weekend’s Berlin Marathon instead.

Kenyan Paul Lonyangata who has a personal best of 2:07:14 from Shanghai in 2015 was added to the elite field. 2015 Chicago runner up Yebrgual Melese from Ethiopia and her fellow countrywomen Meskerem Assefa were added to the women’s field as were Purity Rionoripio and Visiline Jepkesho of Kenya.

Organizers have now updated the complete list of elites set to toe the line in Chicago on October 9th.