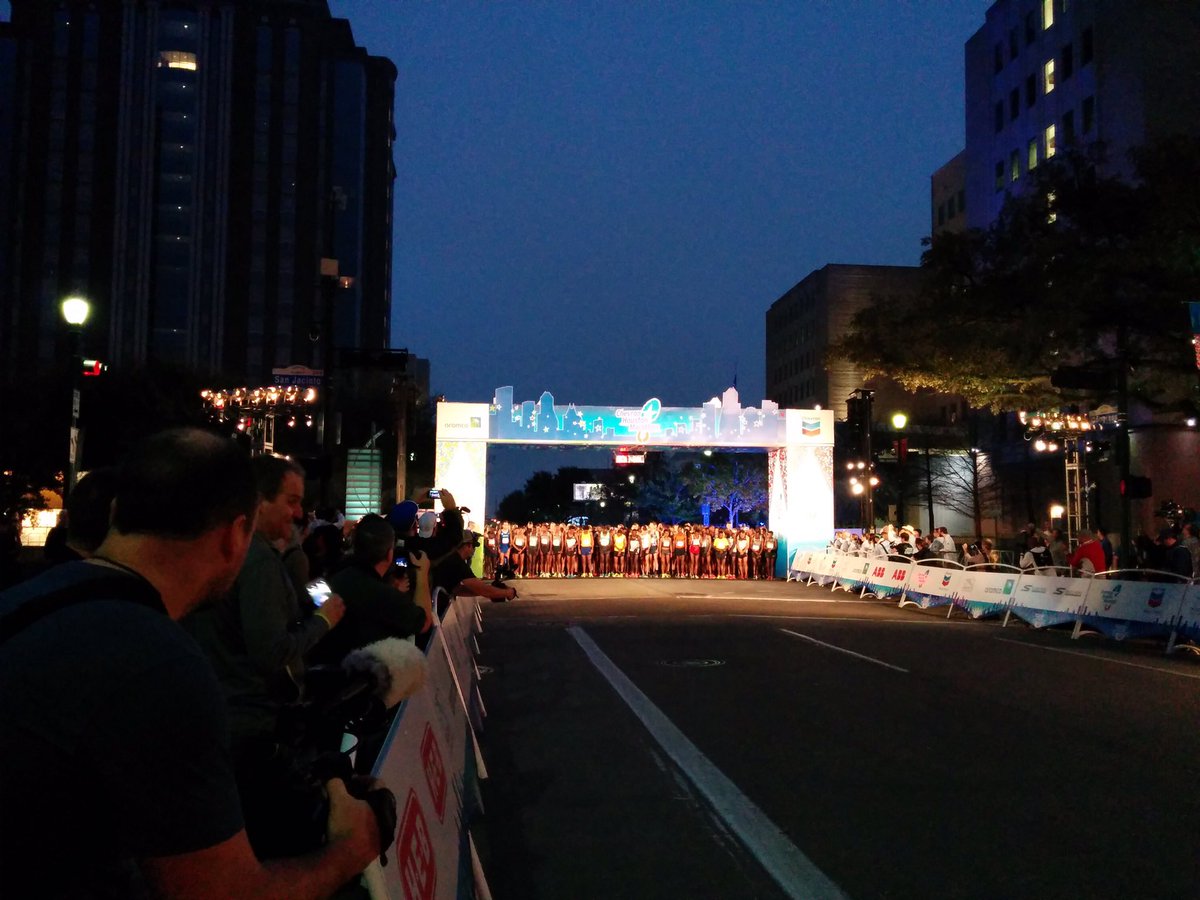 The first- and second-place finishers of the Houston Half-Marathon clocked an identical time on Sunday morning.

American Leonard Korir and Ethiopian Feyisa Lelisa, who is currently residing in the U.S. on a special skills visa, were involved in a wild finish at the end of the 21.1K race in Texas. Also, the third- and fourth-place finishers also had a battle of their own as they bumped crossing the finish line.

Korir edged out Lelisa and both finished in 1:01:14 as the two traded surges in the final 100m. Hiskel Tewelde Ghebru and Fikadu Tsadik, both of Ethiopia, finished with the same 1:01:17 for third and fourth in another tight battle. Lelisa, as he did at the Olympics winning a silver medal in the marathon, protested the Ethiopian government by crossing his arms in an “x” as he finished. His protest at the Olympics led him to the United States rather than returning home to Ethiopia.

What a finish to the men's half marathon! @houstonmarathon pic.twitter.com/Uzi1AgDVzV

What a finish in the Aramco Half Marathon. Leonard Korir on the inside wins at the finish line. @HoustonMarathon @abc13houston pic.twitter.com/RNxKlAvAog

It was Korir’s second consecutive victory in 2017 following his triumph at the Great Edinburgh Cross-Country Challenge overseas last weekend. That race too had a wild finish. Sunday’s finish had announcers ask, “was that a foul?” though bumpy finishes are not rare in many races.

The women’s finish was much more comfortable for winner Veronicah Wanjiru as she edged out second place by eight seconds.

American Jordan Hasay, who is running Boston in April, ran 68:40 for fourth. According to FloTrack, her time ranks her sixth all-time among Americans on a record-eligible course. The woman with the best half-marathon debut ever for an American, Kara Goucher, was in the broadcast booth for the Houston Half.

There were 60 Canadians in both the half-marathon and marathon on Sunday including 37 in the 42.2K event, according to statistics on the Houston Marathon results page. Thomas Toth (1:06:48) and Natasha LaBeaud (1:19:49) were the top Canadians in the half. Preliminary results have Trevor Zimak (2:34:06) and America Aznar (3:23:17) atop the list of Canadians in the marathon.

Top 🇨🇦 results from the @HoustonMarathon Half:

Conditions were tough on Sunday as weather reached highs of 23 C with 90 per cent humidity. Houston’s races began under a yellow flag, a moderate risk, as organizers urged participants to exercise caution throughout the half-marathon and marathon.