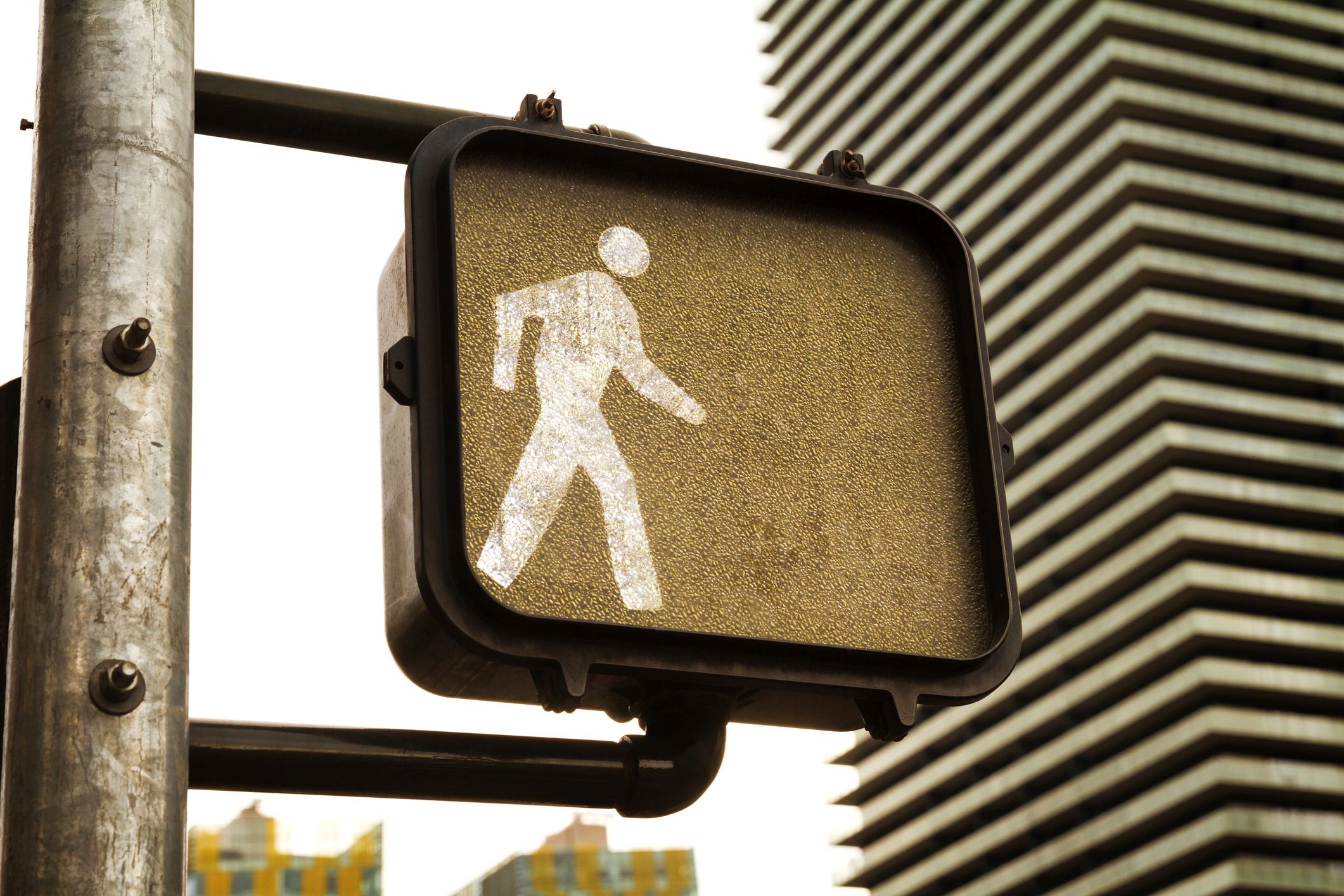 As a general rule, I avoid confrontation. I don’t enjoy being in altercations. There’s little to gain by engaging people who seem ready for a fight. I’m completely fine with walking away without having the last word. I think this attitude has come with age: I value peace over confrontation.

A recent run challenged these habits though. I was running along a pedestrian and bike lane on the shoulder of road. The lane connects two running paths through parks. For a few hundred meters, it runs beside four lanes of fast moving traffic. The cars in this area are not accustomed to pedestrians and bikes being around them.

RELATED: Car versus runner: Don’t give drivers the finger

As I approached, the light turned to the “WALK” signal. A truck made a right turn in front of me as I was at the far side. That’s OK, he had time even though I had already started crossing. There was a car attempting to turn behind him. I caught his eye and flashed the peace sign, as if to say: “Thank-you. I’m crossing.” Somehow, he was angered by that. He was in a hurry and wanted to turn. Even though I had my signal, he accelerated towards me, swerved and gave me a good, loud honk.

That’s when my good-natured patience ran out.

I stopped, turned around and yelled indignantly through his open windows, pointing to the “WALK” signal. I may have also thrown in a few adrenaline-fueled expletives. As I was yelling I took in the scene in the car. There was a male driver with an older woman as a passenger (possibly his mother) and a young girl in a booster seat in the back.
That didn’t stop me from reacting strongly. As much as the confrontation left me angry and slightly guilty for yelling, I think some people need a wake-up call. It could prevent future accidents. Hopefully that guy is now driving more cautiously.

RELATED: How to have good runner etiquette

I’m not saying I’ve never been in the wrong as a driver. I got my driver’s license a week after I turned 16 and I don’t really recall being very aware of bikes or pedestrians then. I’m sure I was way less courteous than I am now. I’ve also been a new mother with a crying baby in the back, feeling every cry like a stab to the heart. In that scenario, I viewed every obstacle in the way of me getting home to feed my baby, whether bike, pedestrian or other car, as a direct enemy.

I try not to judge. There are times I could have used a good wake-up call when behind the wheel. Maybe confrontation, though it can bring negative energy into your day, could prevent a future accident. So if you’re running and get cut off by a car, speak up. And if you’re a driver on the receiving end, my words to you are this: suck it up, smarten up, and just take your medicine. We all need it now and then.