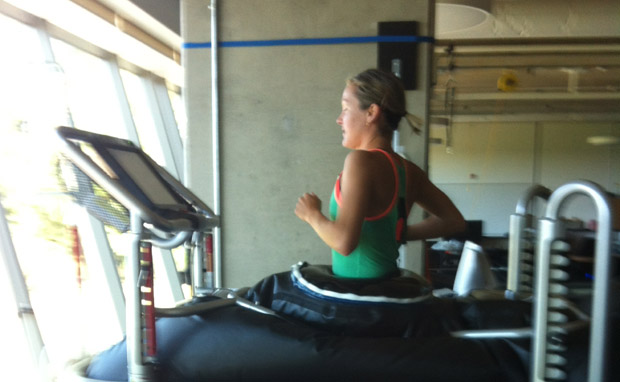 It has been an incredible couple weeks for track and field, especially in the women’s 1,500m. For the first time in nearly 22 years the world record was broken by Ethiopian Genzeba Dibaba in 3:50.07. No one has come within five seconds of this time since 1993 when a Chinese athlete set it. I personally never thought I’d see this record broken, but it definitely ups the ante and puts the spotlight on the event, which is exciting. Five other women in this same race ran under four minutes, which is significant considering only seven women broke four last year and only four women in 2013. Watching someone of my running era, who I’ve raced, break this record has changed my perspective in the way Roger Bannister breaking the four-minute mile did for so many athletes in 1954. It shows me how much my event is progressing and that girls I’ve been competitive with are running very fast, which is motivating to me.

In parallel, last week marked the closing of the Pan American Games in Toronto in which Canadian track and field athletes had their most successful Games winning 26 medals. It’s always been a dream of mine to compete at a major championships on home soil and I’m sure all athletes who competed in Toronto realized how special that was. Although I was upset not to be participating in these Games due to a fibula stress fracture, I was so inspired by our athletes. It was amazing to watch Canada kick butt on home turf and it was equally as exciting to experience how much the public embraced track and field. I am so motivated for the possibility to represent Canada at another Olympic Games and the current state of our sport drives me even more.

Although I’m very disappointed my season ended abruptly and I didn’t get the opportunity to line up against Canada’s best at our national championships, I’m feeling very motivated going into the 2016 season. I knew coming back from pregnancy would bring some unknowns, that my body would be vulnerable due to being away from the high intensity training required to be a world-class athlete. After six weeks off, I’m just starting to run on the Alter-G (anti-gravity) treadmill to slowly return to full running and come back slowly. I’m also working in the gym to regain strength and stability. I now have more than a year to build back properly and get the full cycle of training I need to be ready to compete for a spot on the Canadian team for Rio 2016.