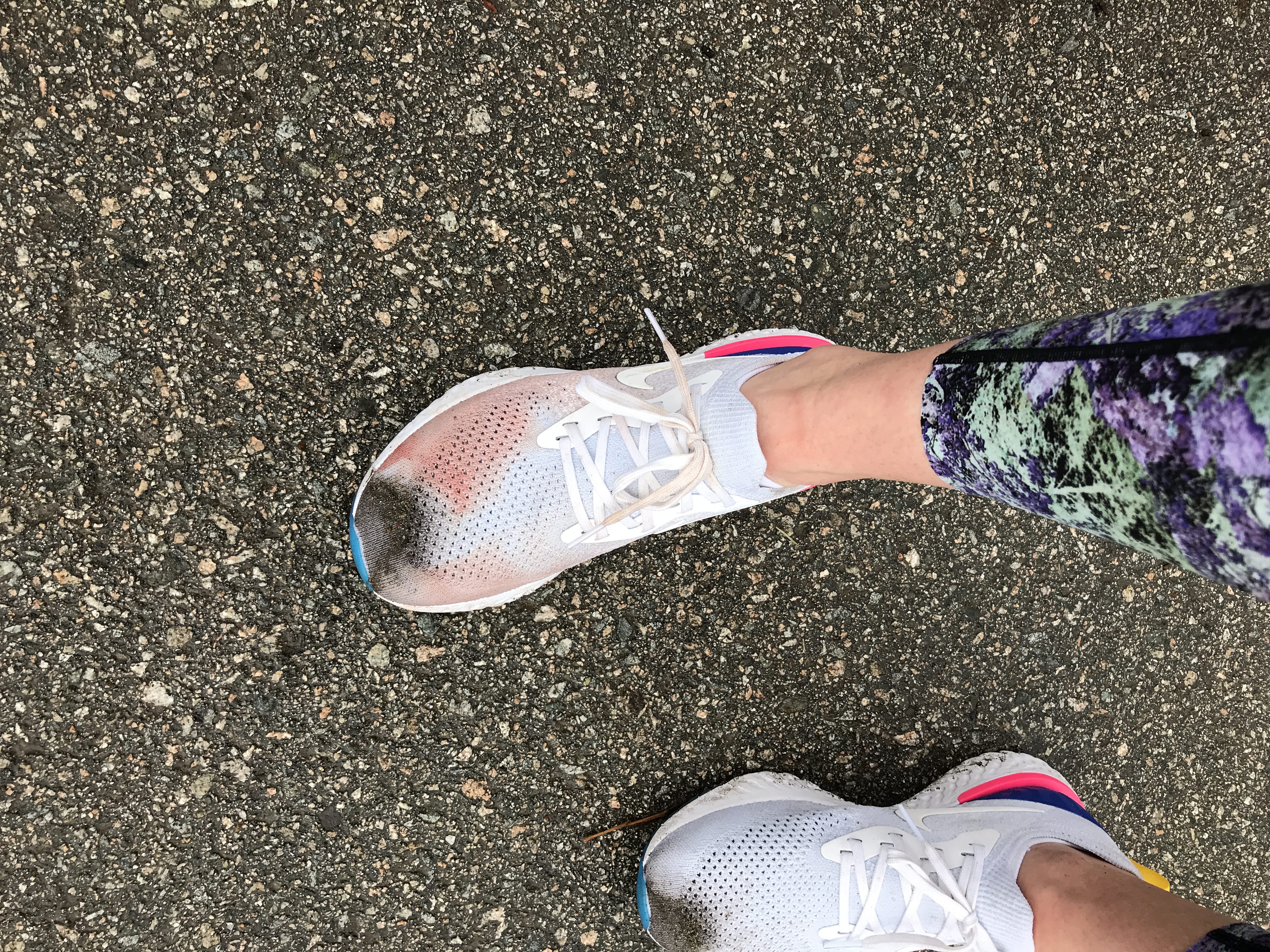 It hit me the other day that I have to run a marathon in a month. Of course, I’ve always known that I’d have to run it. I mean, I did sign up for it by my own free will. But for a while I kind of thought that the day would never come because the goal was so unfathomable and so far away.

Then this past weekend I was in Vancouver and took my long run to the iconic Seawall that loops through Stanley Park, taking you from one side of the city to the other. The seawall is also part of the BMO Vancouver Marathon course, which is my race–It’s just going to be my first marathon. No big deal.

On this particular day I was set to run my longest long run yet–or ever–of 30K. I was excited and nervous and it started to feel like this training is real, like there is actually something I’m training for, which is a feeling I have every few weeks but always think it’s for the first time. Running this route made me realize that the next time I’m on this course, I’ll be running the marathon. Oh, boy. And then, shock set in. Or maybe it was confusion, because at the same time I thought, ‘I’m not ready for this, and I’m really a runner now!’

It’s kind of stupid to think that I’m starting to feel like an “actual runner” now that I’m able to say I’m running 30K on a Saturday morning, that I can and have run the Seawall from edge to edge, and bled through my shoes while doing so (more on this in a second).

Why is it that we start to feel this sense of accomplishment, or acceptance, when we do something stereotypical like run an iconic path or stain our pristinely white, new Nike React Flyknits with blister blood? And why do we, at the same time, feel as if we’re not good enough to be there? It’s as if the hundreds of kilometres you put in before was all part of a hazing ritual to see if you were qualified to make the cut. In a sense, this is really what it’s like; you have to put in the time, tears and sweat to make it to a point where you feel like, yeah, this is actually possible. But really, as long as you do the work, you’re worthy.

There’s also another part of you that’s continually in shock, and not always in a bad way. Sure, you might have dreams where you’re toenails are falling off (this happened to me a few weeks ago) but you also find it hard to believe that you’re capable of running a half marathon distance and going about the rest of your day without a nap.

I was in shock the other day when I realized that March is almost over, which means that April is about to begin, and if April is starting then that means there’s one month until May 6, the day of the Vancouver Marathon. I was in shock when I reached one end of the Seawall and felt great, despite the fact that it was raining, I was soaked and my right shoe was covered in blood from a cut on my foot. I was shocked that I didn’t feel any physical pain from what looked like some sort of war wound, but turned out to be a quarter-centimetre stabbing from my toenail into the bottom of my soggy toe. I was shocked that as tired and sore as my legs were by 23 kilometres, I was able to stay strong, mentally and physically, and push through until the end.

There’s a lot we go through on this journey–some things will shock you and some won’t. Shock doesn’t have to be a bad thing. I’m learning that it’s just part of this running journey. So are tired legs, highs and lows and bloody shoes.