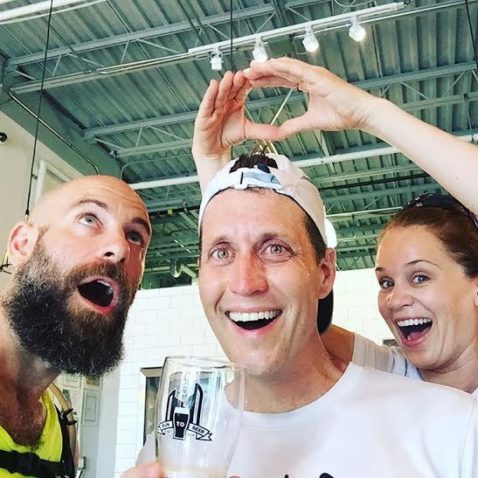 Fifty kilometres in nine hours. Twenty-one breweries en route. It’s a hell of a way to pass a day.

Welcome to my blog series for Canadian Running. If you’ve heard of me before it’s likely for my contributions to RunTOBeer, but I also recently brought City Running Tours to Canada and completed the aforementioned beer run to raise funds for the Canadian Red Cross.

What running has come to mean to me

In the past two years, running has transformed my life. The crew I co-founded in 2014 now boasts more than 2,000 members and leads 100 or more runners to free beer a few times a month.

RELATED: Who is the RunTOBeer crew?

What started as an occasional way to keep my beer calories in check has turned into paycheques from guiding individuals, groups and corporate events through the Toronto’s history and architecture. My blood pressure and resting heart rate have decreased to very healthy levels. My waistline has shrunk to what it was in high school.

The idea came to me a couple months ago when I improvised a west Toronto route that led me past six craft breweries before I finally arrived at the one I set out for. With just a couple small changes, I realized, I could easily have passed two more.

That got me thinking about how many breweries I could hit in a single run. 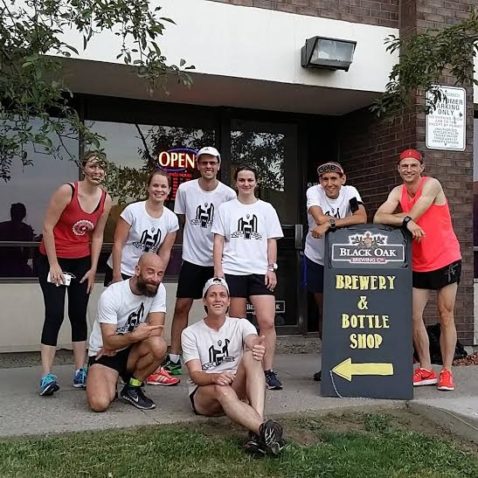 Bloomsday – the day the literary world celebrates James Joyce’s epic Ulysses – was coming up and considering that the fictional masterpiece focuses on a single day’s journey over great distance, it seemed like the right occasion for my own quest.

I mapped it and found I could check off 21 breweries in just under 50 kilometres. I had set the challenge.

BloomsdayTO, as it came to be known, was originally meant to be a personal odyssey, but took on greater importance when natural disaster devastated my home province. Like so many other Canadians, I felt like I needed to do something when wildfires attacked the Fort McMurray area, forcing tens of thousands from their homes. Suddenly this run had to be about more than just me. I’d stop by the breweries and get them to help gather donations.

Last year RunTOBeer won a Golden Tap Award for its significant contribution to Ontario’s craft beer industry. Between the good will it’s generated and my own connections as an established beer writer, it wasn’t difficult to get breweries onside for a good cause. Nineteen of the 21 agreed to help me collect donations.

Then came the big day itself. On Thursday, June 16th, starting at Muddy York Brewing in the northeast of the city and finishing at Black Oak in the southwest, I travelled exactly 49 kilometres. At the urging of another runner, Richard, who joined me for the entire journey, we did a bonus click to bring it to an even 50.

Bloomsday fell only two and a half weeks after I ran the Ottawa Marathon, but this wasn’t a race so I didn’t push myself. Instead, I took it slowly and enjoyed the broad range of styles produced by Toronto’s craft brewers. A lime and ginger witbier at Halo, a gin-inspired saison at Indie Ale House, a dry-hopped, apricot-infused sour at Bellwoods… it was a flavour-filled day. Some places weren’t open when I arrived, which meant I had nothing more than a social media check-in to show for my efforts. In the end though, I tasted beer at 18 of the 21 layovers.

By the time I arrived at Black Oak, at the end of the journey, it had been closed the public for three hours but they still threw open the doors and cracked the beer fridge for the eight of us who completed the final leg. Then it was off to my local, Tequila Bookworm, for a fun after party with 30 RunTOBeer members. 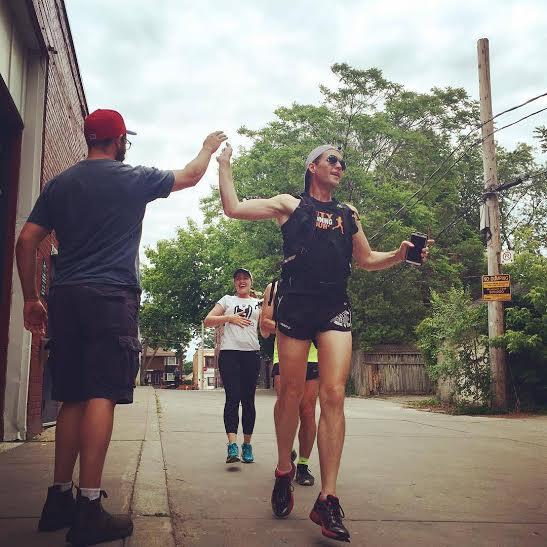 Of course I had to go back and collect from the breweries once my legs had recovered. Unlike the run itself, where I was less concerned about venues being open when I arrived, I had to make several trips to pick up all the contributions.

Unfortunately I didn’t amass a fortune ($1,234.60, or just less than $25.00 per kilometre) but considering I was going to do the run anyway it all helps, right?

More importantly I learned a lot. I will do this again next year, but in a much bigger way. I already knew before June 16th that I wanted to involve more people for a 2017 edition, and not just in Toronto.

This is where I’m asking you to please continue to follow my Canadian Running blog series. One of the key takeaways from my first trial was that this gets better when others get involved. In the weeks and months ahead, I’ll share more of what I learned – and I gleaned plenty – as well as plans that could involve you, regardless of where you live.

I’ll also write about my experiences building a run crew, leading guided runs, finding motivation and so much else. Stay tuned!