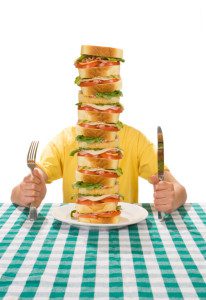 The sandwich is a staple in any on-the-go diet. Constantly being refined and continuously evolving, it has weathered innumerable waves of food fads. That’s why we’ve chosen to feature it as one of Canadian Running’s office meals.

There are certain constraints one faces in building a great sandwich. Size is always on your mind. Stack a double-decker too high and you won’t be able to eat it; stack it too short and you’ll be left with a grim outlook on the afternoon ahead.

Nutrition also needs to be taken into account. A greasy rueben may seem like a great idea at lunch, but you’ll regret the decision when it’s time for a run at the end of the day. You need to get some veggies in there and consider the long term effects this sandwich could have.

We did the dirty work and set out to try and stack the optimal sandwich for runners. We’ll tell you what we used, but the trick to being a true sandwich artisan is knowing when to stay the course and when to follow your instincts. 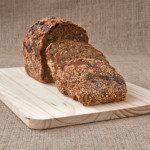 The foundation is usually a style of sliced bread, but there’s also the option of getting fancy and trying a wrap or baguette. This is what you will construct the rest of your meal on top of. It will dictate the style of sandwich to come.

If you did want a meal more prepared for modern, urban lifestyles, the wrap is a great choice. Being a bit more self-contained, you can take it anywhere. A tortilla wrap will cut the calories and carbohydrates back while keeping the fiber content high. Some have even begun wrapping up their meals with large leaves of iceberg lettuce, totally cutting out the carbs. 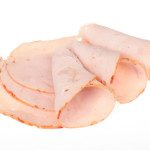 Most sandwiches, although not all, will have a base layer comprising of some sort of protein. Meat, tofu or other protein alternatives are going to be the basis of your sammy.

Our selection was sliced turkey breast. Fresh, oven cooked turkey breast you slice yourself may be healthier, but often one of the most precious ingredients in the sandwich world is time.

Cold cuts are generally not the healthiest option, but there are much worse choices you could make than eating lean, sliced turkey breast. It’s packed full of protein and high in vitamin B3, and also has all the other B vitamins. Turkey also contains omega-3 and omega-6 fatty acids, which are great for cardiovascular health and preventing heart disease.

Sodium has gotten itself a bad rep recently, and with good reason. Too much sodium can be dangerous in the long term and causes heart complications later in life, but if you’re working out and running daily you will sweat lots of salt. A healthy diet with moderate sodium intake is important to maintain. It helps keep the body hydrated. 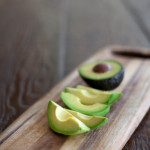 The veggies are where you can really get creative. There are endless options to choose from so we won’t get into them too much.

We went with three super foods: tomatoes, avocado and spinach.

The tomatoes were chosen for their high levels of vitamin C and vitamin E, both great antioxidants that promote heart health.

Avocados also promote a healthy cardiovascular system, but have also shown themselves to be an excellent anti-inflammatory food which is great for anyone working out often.

The benefits of spinach are well documented. Spinach also has cardiovascular and anti-inflammatory benefits, but the real benefit to runners is that it’s high in vitamin K, calcium and magnesium. These are all great for maintaining strong bones, an issue many runners struggle with. Another added bonus is that the spinach is high in iron that many runners find themselves low in.

We titled this section veggies, but don’t count out some fruit. Green apples with brie cheese and chicken is a classic. Dried cranberries might not be as important a staple in the sandwich arsenal as tomatoes, but with turkey they can turn Christmas dinner into a year-round lunch option. 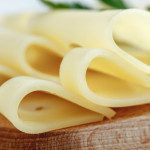 The extras are what give your sandwich that personal touch, your signature on the finished product. It’s the layer a sandwich may not need, but often wants.

Our extras were swiss cheese and dijon mustard.

Cheese can be a controversial choice for a healthy meal, but swiss cheese is rich in calcium and phosphorus, and adds another layer of bone-building benefits. Cheese also adds a taste aspect which can’t be completely overlooked.

The dijon mustard contains lots of selenium and magnesium which is great for reducing the severity of asthma. Mustard also adds an extra dash of omega-3 fatty acids into the stack, it’s very low in calories.

When dealing with sauces you have to take into consideration a lot of them will be high in fat, but that’s not always a total turn-off. Like sodium, if you’re exercising regularly your body needs to maintain a certain level of fat intake for energy expenditure.

The trick to incorporating new and fresh ideas is not getting overly ambitious. Remember, Rome didn’t build the sandwich in a day, or something like that.