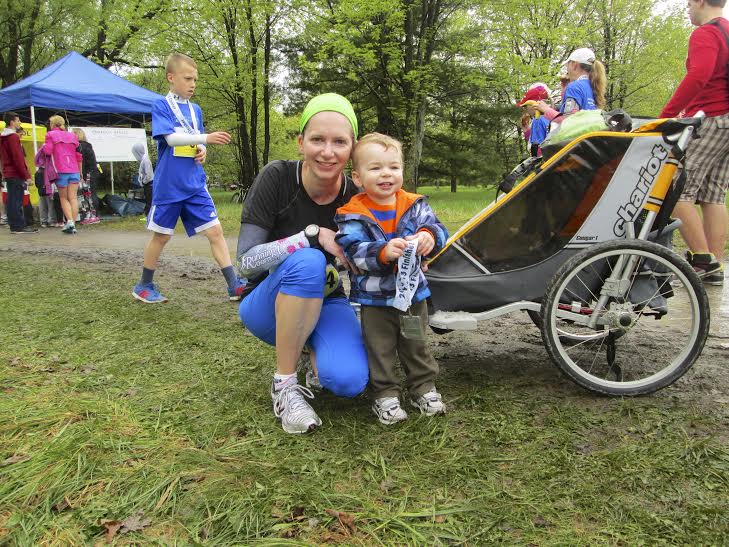 Rebecca Wemyss wasn’t new to running when she decided to try longer distances. The Ottawa runner was a track athlete in high school competing in sprints and hurdles. It’s no surprise that after a break from running, she’d return to the sport and find herself back at school practices years later, this time as the coach.

After her track days in high school, she moved on to university studying the McMaster from 2002 to 2006. She entertained the idea of getting on the track team again. “I went to the first meeting but it conflicted with my classes,” says Wemyss. That break lasted until work took her to Ottawa when she decided to run again, this time longer distances.

“I was employed and bored in a new city,” says Wemyss. That’s what motivated her to gain fitness. She began 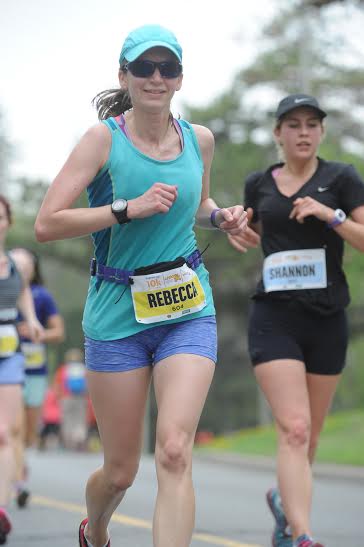 running to the school near her house, one kilometre away. From her sprinting background, she’d go out too fast and tire out. “I didn’t know anything about pacing,” she says. But now, she has competed in multiple races, coaches a school track team and runs three to four times a week, depending on where her training is at. She also coaches once a week with the Ottawa Lions and is the mother of a young son who is mainly under her care.

Wemyss is a teacher so soon she found herself the head coach of the track team at Cairine Wilson high school where she works. the first year, the main coach was in need of help so Wemyss stepped up. “I took over that year and I took some kids to OFSAA,” she says. It’s a role which she is fully dedicated to. “One of the best things is seeing a student athlete reach goals like going to OFSAA, medalling, or reaching a PB,” she says. She is coaching both the sprinters and middle distance runners with the help of four other teachers. In fall, she helps with cross-country.

This means that a lot of her running is done with high school kids. They are of all abilities and all have different goals. “A lot of kids just want to join something but they don’t want to join basketball or something,” says Wemyss. “Ususally they push me. A lot of them are significantly faster than I am.”

Some of the best moments are when students get excited about race day, makes it to the next level or is just enthusiast about the sport at a young age. She remembers a time when a young girl made it to OFSAA. The student told Wemyss that she hoped for just a good run. Instead, to her surprise, she won a medal. It was a rewarding moment for both the student and her coach.

Another major source of inspiration for the kids: Ottawa Race Weekend. This running team has the privilege of being so close to the marathon venue so Wemyss has them volunteer and run. That way, they can see the elites and everyday runners, understand more of what the sport is about, appreciate the race atmosphere and give back to the running community. This year, they ran a water station all by themselves.

“They loved it,” says Wemyss. “That gets them hooked onto things like these.”