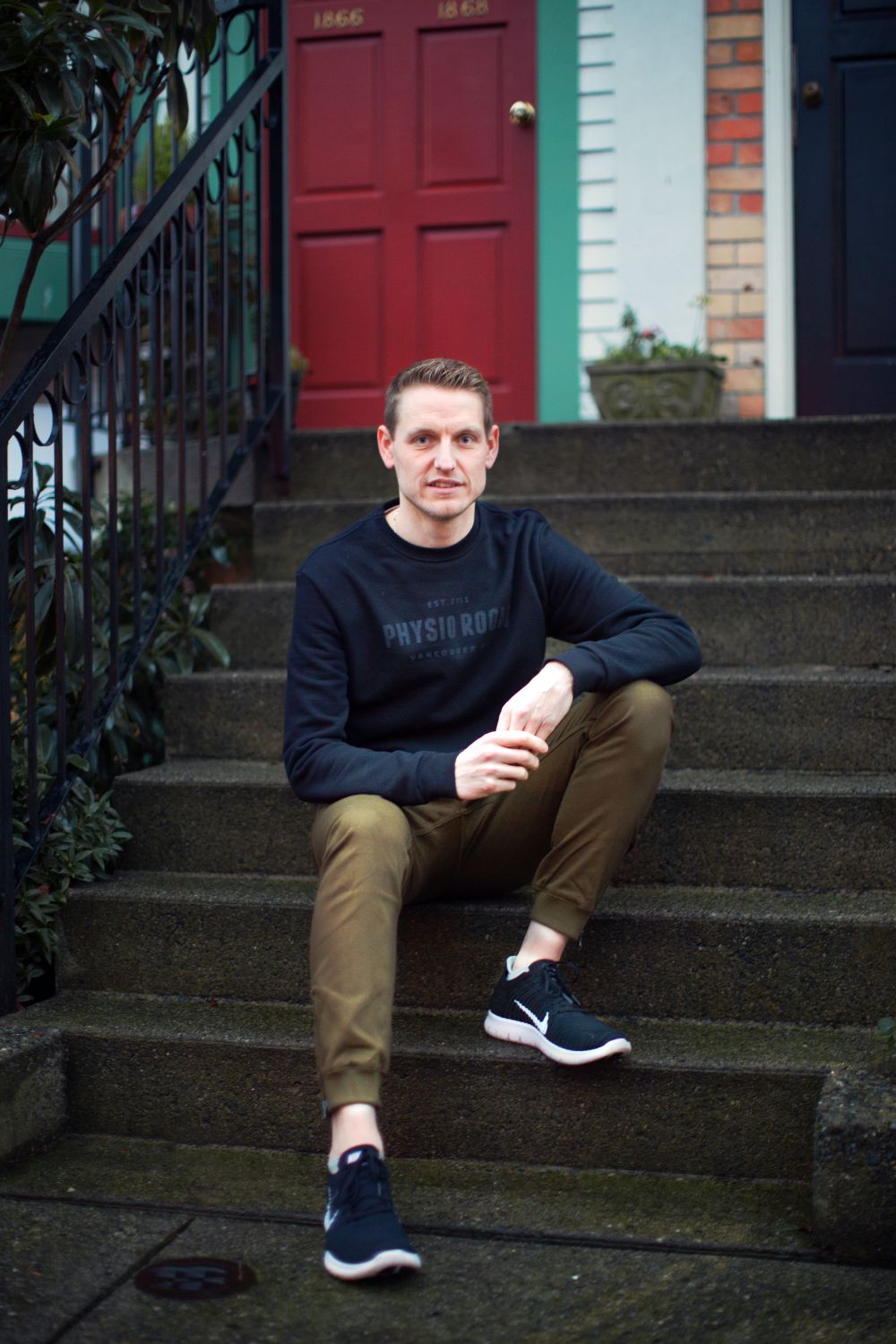 “When I grew up, in running there was always sort of this divide between the serious runners and the recreational runners. Elitism might be the wrong word, but it was something like that. I think run crews are helping to break that down,” says Rob Smith, co-owner of a running retail store in Vancouver. This is part of the reason why when he and his wife, Becky, opened Vancouver Running Company, they wanted there to be two intermingled identities – a retail shop, but also a home base for a run group that accepts all ages, stages and speeds. They dubbed this group, the VRC Flight Crew.

Smith’s community-focused mindset was fostered through years of involvement within the cycling community. Cycling, surfing and running were the activities that dominated Smith’s childhood. “I did all the sports
that my father did. Actually, he’s still doing them,” says Smith.

His father took up running at age 40, after four kids, for the simple purpose of being a healthier dad. Smith fondly recalls family trips to watch his father compete in marathons all over. “He’s never had a training plan, just a pair of cotton shorts and shirt and a goal,” says Smith. “With the Flight Crew, we try to maintain that idea that running is about the joy of the experience, the relationships you form and the memories you make.” 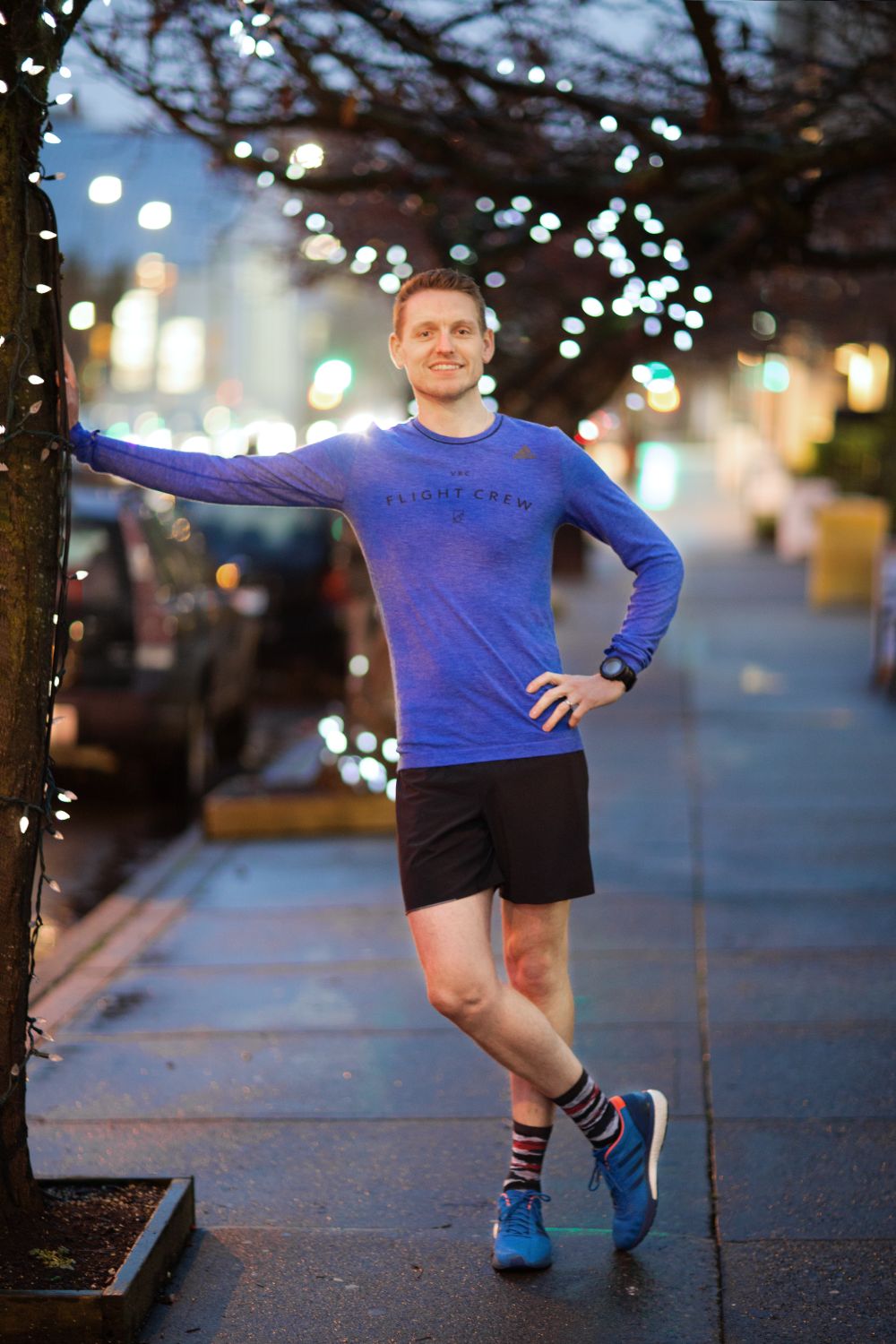 CASUAL WEAR
Sweatshirt: Physio Room
This is my friend Nick’s business – when we first opened up the shop in 2015, we discovered that both his business and community outlook was similar to ours. He’s helped me a lot with my own running and we’ve worked together to help make therapy more accessible for members of the Flight Crew.
Pants: FairPlay
These are from a L.A. lifestyle clothing brand. The owner of the brand is a big runner and I picked up these pants from one of our reps. They look nice enough that you can get away with wearing them all sorts of places, but they feel like a jogging pant.
Shoes: Nike Free FlyKnit
This shoe is just a staple – a black shoe with a white sole goes with everything. Our shop has concrete floors, so I really value comfort while I’m at work. These may not be the best shoes for running, but they’re the best for wearing in a running shop.

RUNNING WEAR
Top: Adidas
Last winter we had a bunch of Adidas shirts printed with the Flight Crew logo. They’re 32 per cent merino, so they’re perfect for almost any weather.
Shorts: Lululemon
This is the first Lululemon short that feels like a proper run short, with enough split that they’re comfortable and don’t get caught when your leg lifts. I typically race in a three-inch split short and these are five-inches.
Socks: Stance
These are, hands down, the best running socks out there. Plus, if you’re an understated style guy like me, they’re a big touch of flair.
Shoes: Adidas Boston Boost 6
To me, these are the perfect mix between racing flat and training shoe. I call them my marathon racing flats.