After a stop-start 2018 season that culminated in pulling out of the Canadian National Championships, Canadian record-holder and Olympic medallist Andre De Grasse is back racing.

De Grasse ran the 4x100m at the Florida Relays on Saturday afternoon, where the Canadian team nearly missed their facility record of 38.11, running 38.34 to take the win. Yesterday’s team was Gavin Smellie, Aaron Brown, Brendon Rodney and De Grasse. Athletics Canada is finishing up a training camp in Gainsville, Florida and will pick their World Relays 4x100m and 4x400m teams shortly. The World Relays begin May 11-12 in Yokohama, Japan.

De Grasse had a disappointing summer on the track in 2018, dealing with a hamstring injury that forced him to pull up in the 200m semi-final at the Canadian championships and call his season early. He also was unable to compete at the 2018 Commonwealth Games. His difficult 2018 season followed the sprinter’s withdrawal from the 2017 World Championships.

Heading into a world championship year, which will be quickly followed by an Olympic build, we hope to see the Canadian ready to compete against the world’s best. 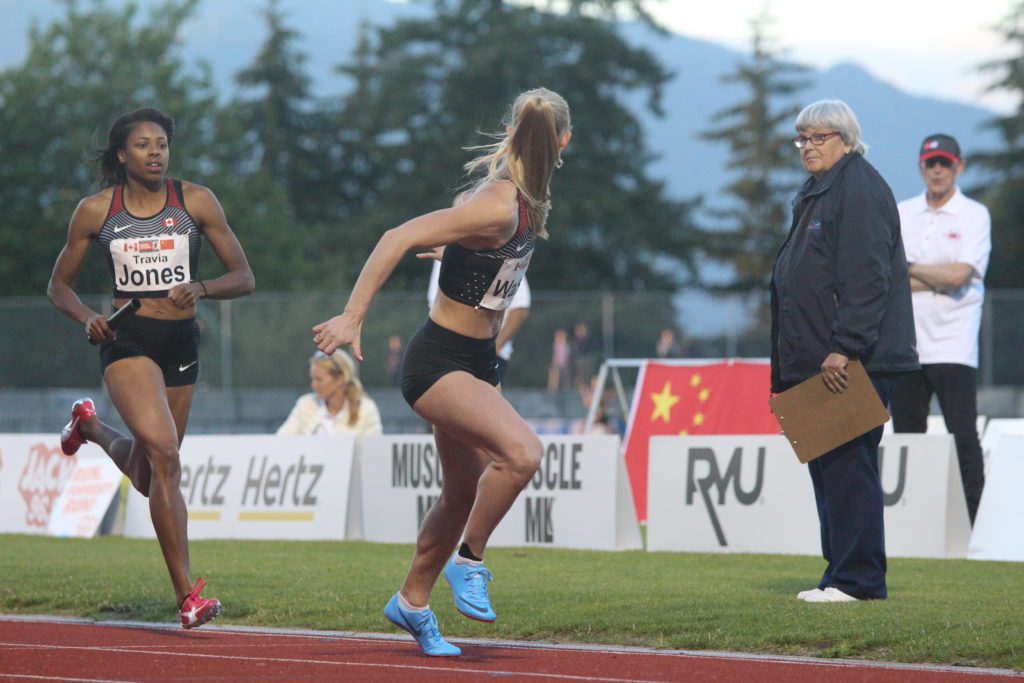 RELATED: What Sage Watson eats in a day