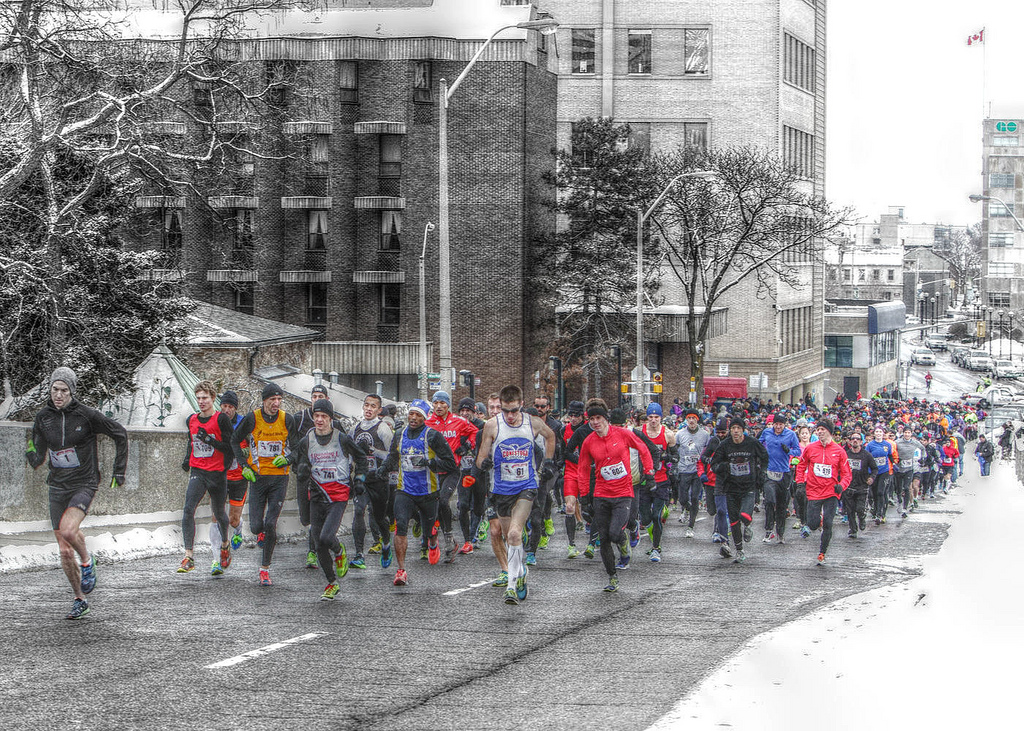 Having first been run in 1920, the historic Boxing Day Race in downtown Hamilton, Ont. is set to celebrate 97 years and is one of Canada’s oldest and most storied running and racing traditions.

Over the years the event has grown from less than 100 participants–all expected to finish in under 70 minutes–to a race with as many as 1,000 finishers of all ages and abilities. Recently the event added a 4-mile (6.4K) run/walk to become even more accessible to those newer to running.

The course is described as scenic yet challenging and was changed in 2013 to remove the course’s only steep and significant hill. Run mostly as an out-and-back style, a majority of the course runs through picturesque parks and along the Burlington Bay. Be warned however that the conditions on the day–pleasant at best and blizzard-like at worst–ultimately make for a challenging test. 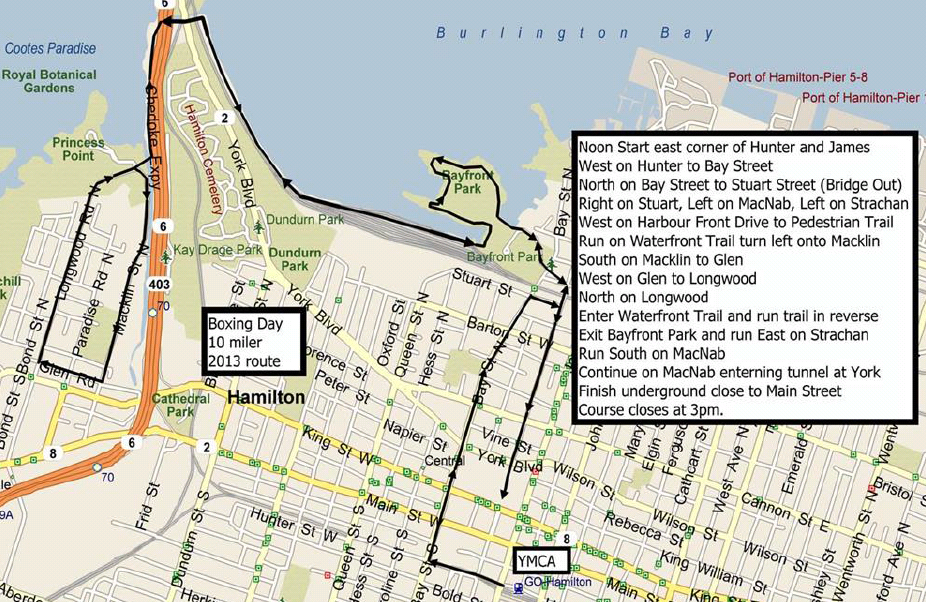 All participants enjoy the warmth and comfort of indoor registration, change and shower facilities and refreshments at the Downtown YMCA. There are snowman finisher medals for all participants including special gold ones for those who finish fastest–in under 60 minutes for men and under 70 for women–as well as belt buckles for age-group award winners. A generous cash purse is competed for by local and regional elites and after the races, all participants are welcome to enjoy a popular post-race social at the nearby Slainte Irish Pub where your race bib will get you a free drink.

In it’s earliest years the event was traditionally run on New Year’s Day, January 1st, and then for a decade or so starting in 1960 took place in late or mid-December. It was finally and permanently moved to Boxing Day, December 26th, in 1972 and has occurred on that date ever since.

Women first participated in the event in 1966. From then until 1973 the women’s race was reported as being 1.5 miles (about 2.4K) but was probably closer to 1.2M/1.9K. During the 1970’s, the race was run from downtown Hamilton to Dundas and back. The course has often been reported to run short. The 1977 race distance was estimated as about 9.6 miles at the time, while the distance for the 1981 race was about 9.8M. The race for all years from 1981 and earlier was considered to have been significantly short. Starting in 1982, the course was adjusted to be the full ten miles (16.1K).

The event has historically also been known as the Harold Webster Memorial 10 miler, to honour the Hamilton native who represented Canada at the 1936 Summer Olympics and also won the marathon at the 1934 British Empire Games. Webster was inducted into the Canadian Olympic Hall of Fame in 1955 but died tragically in 1958 due to injuries sustained from a bicycle accident.

The event is organized by the Hamilton Harriers, a group committed to celebrating the delights of running while offering the opportunity to avoid the loneliness of the sport. They meet twice weekly, Wednesday evenings and Saturday morning, at the Hamilton Downtown YMCA and welcome runners of every ability.