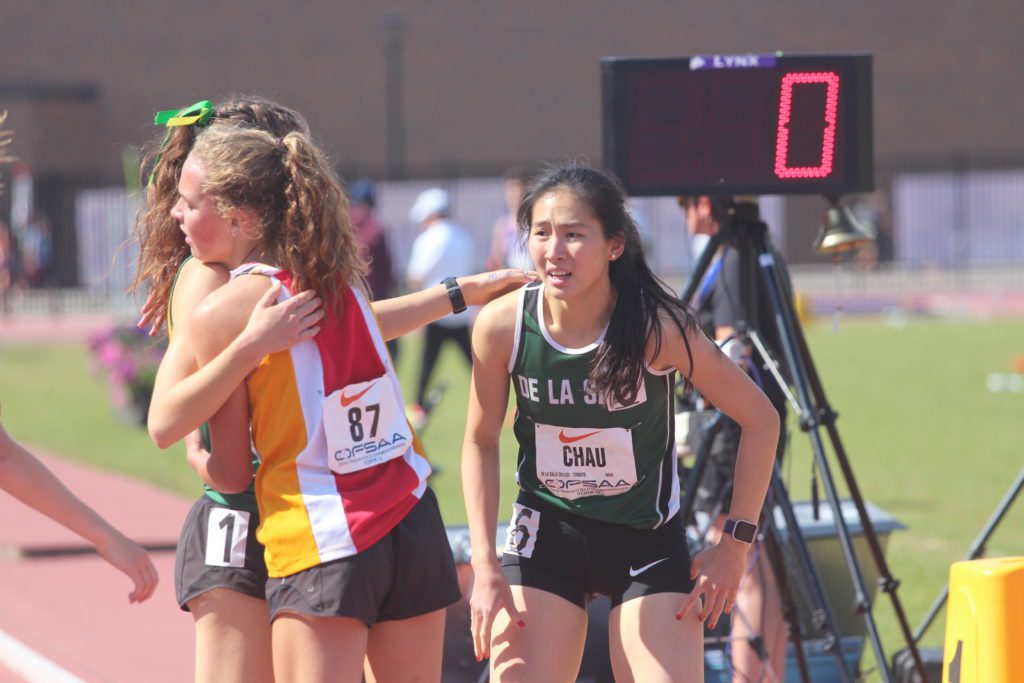 Chau said post-race, “I am very grateful to Cameron Ormond for taking it our hard, keeping the pace honest, and putting us on record pace. It was a challenge to stay with her, and I’m much indebted to her for the record. Terry, my coach, said to sit in around second and bring it down to a kick when I felt good, so I owe him a big thank you for a successful race plan. It was also fantastic to share the podium with my friend and training partner, Sam Ford.”

Chau was first Friday in the 1,500m and second this past fall at OFSAA cross-country. Chau will attend Yale University in the fall.

Cameron Ormond, who took Saturday’s 3,000m race out fast, finished in second place in a time of 9:26.16. Her time of also broke the previous meet record.

Ormond was the winner of the 3,000m last year at OFSAA, and the champion of the senior women’s race at OFSAA cross-country this past fall. Ormond is only in grade eleven, so she will certainly be one to watch at OFSAA next year. 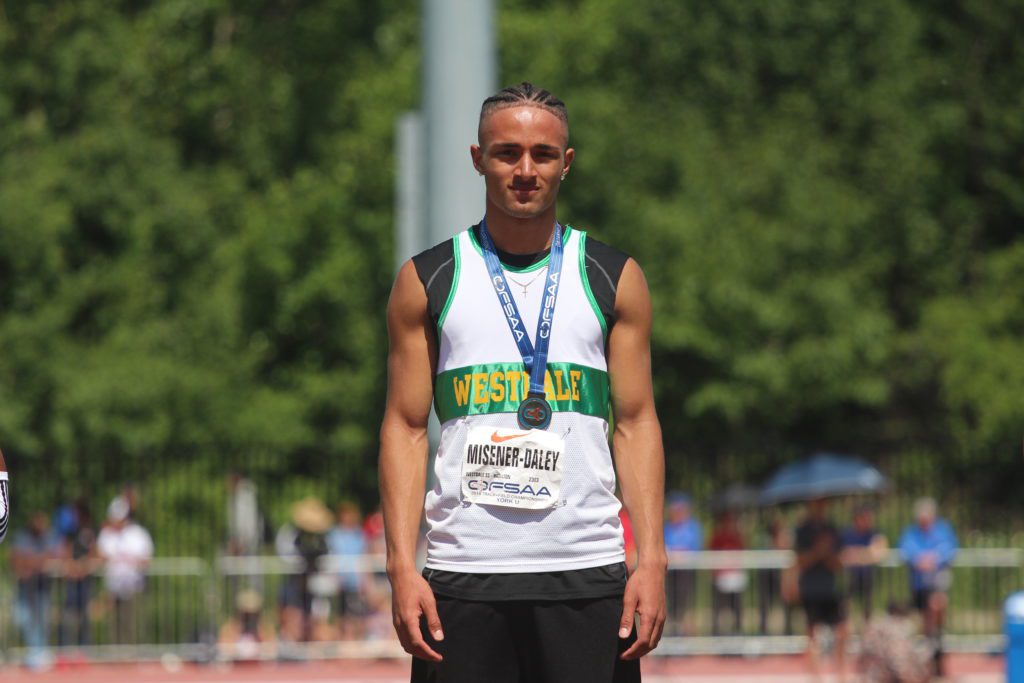 Myles Misener-Daley came back after a blazing national, and OFSAA record in the 400m yesterday to win the senior men’s 200m in a time of 21.17. He finished just off the current OFSAA record of 20.99, set in 2009 by Oluwasegun Makinde-Colonel.