Canadian women are on fire. Kinsey Middleton ran her first marathon today, and took the national title and the win in 2:32:09. Post-race Middleton said, “It’s amazing what is happening in the women’s marathon in Canada right now. I’m totally here for it.”

Middleton wanted to run a 2:32 and knew that around halfway that she was on pace, but said it felt difficult. She joked afterwards that, “Halfway comes a lot later than the actual halfway point.”

Middleton credits a lot of her success on Sunday to her pacer Natasha Wodak. Wodak is a 2016 Olympian, the Canadian 10,000m record holder, and no stranger to the roads. She was the Canadian 5K road champion earlier this fall, and has run a couple of blazing half-marathons.

Canadian women are having a moment in the marathon. Lyndsay Tessier finished the Berlin Marathon in 2:30.47. Tessier ran a huge personal best, and broke the previous W40 marathon record by just under three minutes, finishing 12th overall that day. The masters athlete has had an amazing season running personal bests in both the half-marathon and 10K in 2018. 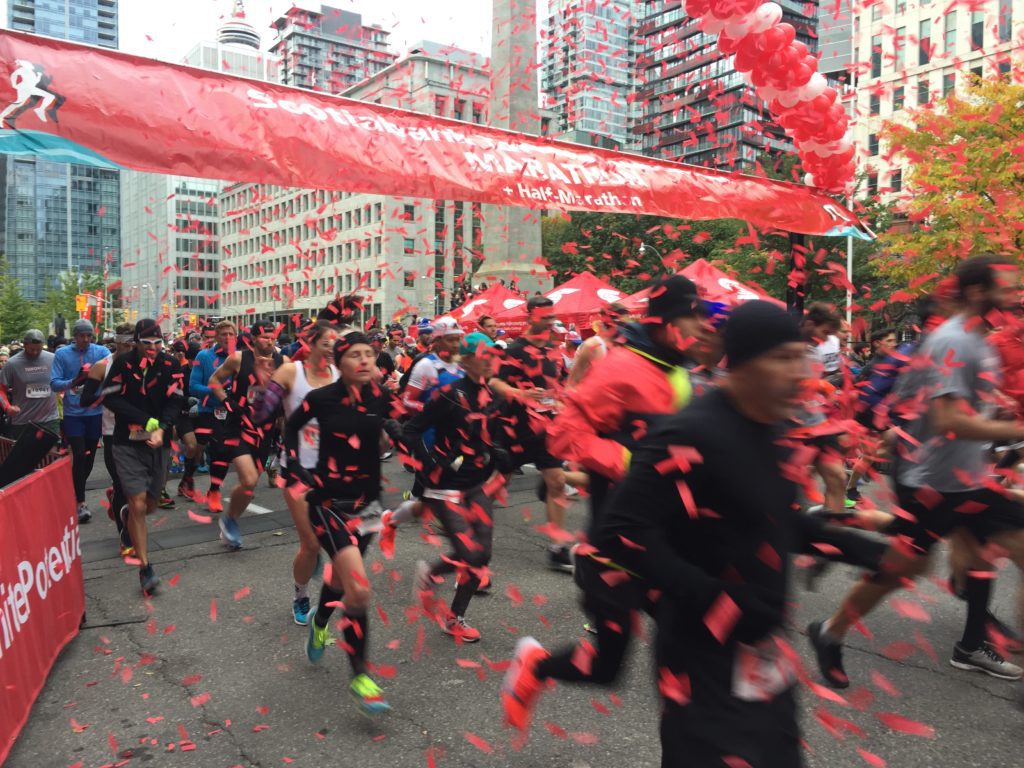 Catherine Watkins also set a Canadian record in Berlin, finishing 22nd overall and crossing the line in 2:40:11. Watkins’ time bested the former W45 record by nine seconds. Rachel Cliff ran her marathon debut in Berlin in 2:28:53 to place 11th. Cliff’s time was only 53 seconds off of the current Canadian marathon record held by Lanni Marchant of 2:28:00.

RELATED: Melanie Myrand surprised herself at Chicago in the best way possible

Since Berlin, Melanie Myrand ran an enormous personal best in Chicago finishing ninth in 2:34:08, a personal best by five minutes. It’s evident that success breeds more success, and that the bar will continue to be raised in Canadian distance running.