At 83 years of age, Rod Waterlow is the oldest qualifier in the 2020 Boston Marathon. While the April race date was cancelled, Rod will participate in the world marathon major’s virtual event in Vancouver on Sunday.

Like most runners, when COVID-19 spread throughout North America and the world, Waterlow was disappointed when the race he dreamed of competing in one more time was cancelled, but he’s a resilient guy, and that has kept him going. As Waterlow said, “It’s going to be tough running on my own, without the buzz of the crowd,” but that will just be another challenge for him to overcome.

His ability to stay positive, his willingness to reach out to others for support and the fact he is able to bounce back from difficult situations have all gotten Waterlow through the pandemic so far. He is also blessed with the typically British wry sense of humour, which has helped him cope during trying times.

Waterlow’s resilience comes from having lived through many setbacks and challenges, such as the London bombings during World War II, when he was a young child. After completing two years of National Service in the Royal Air Force, half of which was served in Sri Lanka, he returned to London to pursue his career goal of becoming an architect. In 1962, he decided to take a break from his studies and moved to Canada, spending five years working in Montreal. He eventually moved back to Canada, this time to Vancouver, where he met his wife, Karen, to whom he has been happily married for 48 years, many of which were spent with their two children and now, more recently, with their four lovely grandchildren.

Once Waterlow commits to something there’s no going back – he once swam across the River Thames at night on a dare. And after hurting his back on his first skydive, he overcame his fears and went on to make more than 70 more jumps. He didn’t start running until he was in his late 40s, and this year’s Boston would have been his 35th full marathon. However, in 2015, just a week before the Victoria Marathon (where he expected to win his age group), he injured his knee and back in an accident. After months of rehab, he was gradually able to ease his way back into running, but it was four years before he was able to run another full marathon: the Tunnel Marathon in Washington, where he qualified for the ill-fated Boston Marathon 2020.

Resilience hasn’t made Waterlow’s problems go away — but it has given him the ability to see past them, find enjoyment in life, handle stress better and face whatever challenges lie ahead in the years to come.

Editor’s update: Due to smoke and poor air quality in B.C., Waterlow decided not to run the virtual marathon on September 13 as planned. However, he did complete the race on September 20 in under five hours (see photo, below, courtesy of Dan Levitt). 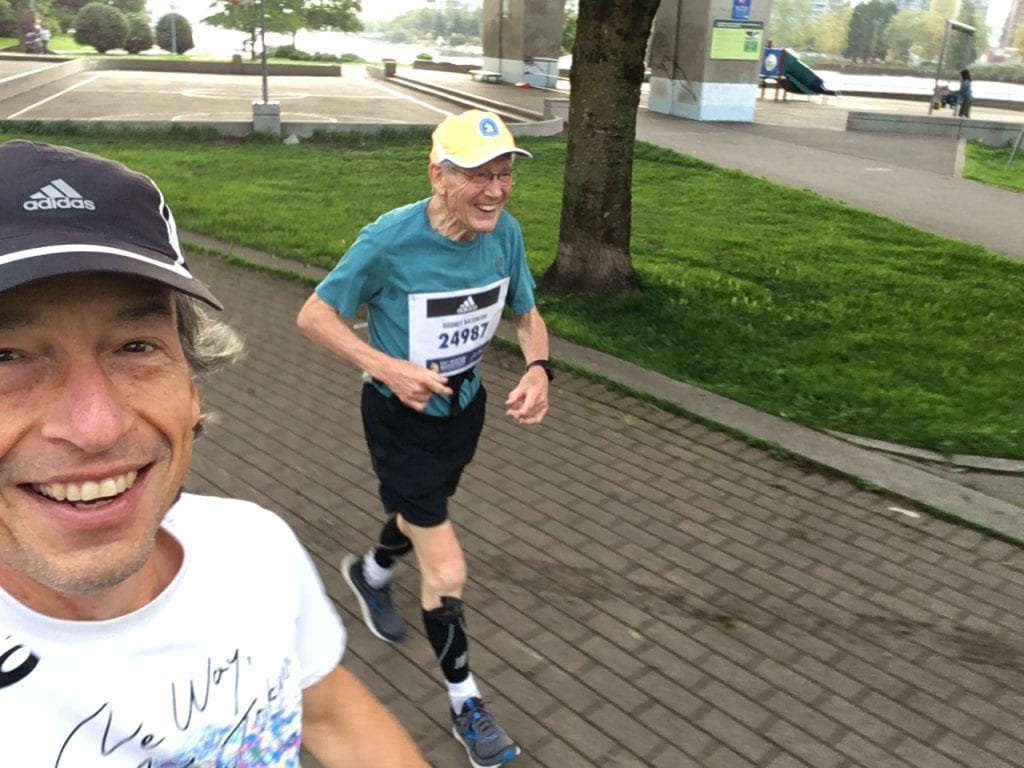