Athletics Canada, the national governing body for track and field, made its biggest announcement in four years today by revealing the Rio 2016 roster.

The announcement came Monday at 1 p.m. EDT following the end of the Canadian track and field championships which concluded on Sunday afternoon. The organizing committee met in Edmonton on Sunday and into Monday to determine who would be named to the final team roster.

At nationals, the top two athletes in each event, provided they have a fast enough time in their respective event (the Olympic standard), automatically qualified for the team. If a third person was named, it was by virtue of the organizing committee’s discretion based on their ability to run fast at the Olympics.

The Olympic Games begin Aug. 5 in Rio and are set to conclude Aug. 21.

Notable: Cam Levins, the Canadian 10,000m record holder, was left off the team. Matt Hughes, despite not racing at the Olympic trials, was named to the men’s 3,000m steeplechase team. Rachel Cliff was not named to the women’s 5,000m team despite hitting standard recently. Jessica Smith and Fiona Benson, both with 800m standard, were not named to the team.

Second ?? ever to break 20 seconds in the 200m. @buckkyjr with a 19.96 ? to win the national championships! #actrials #roadtorio #canadianrunning 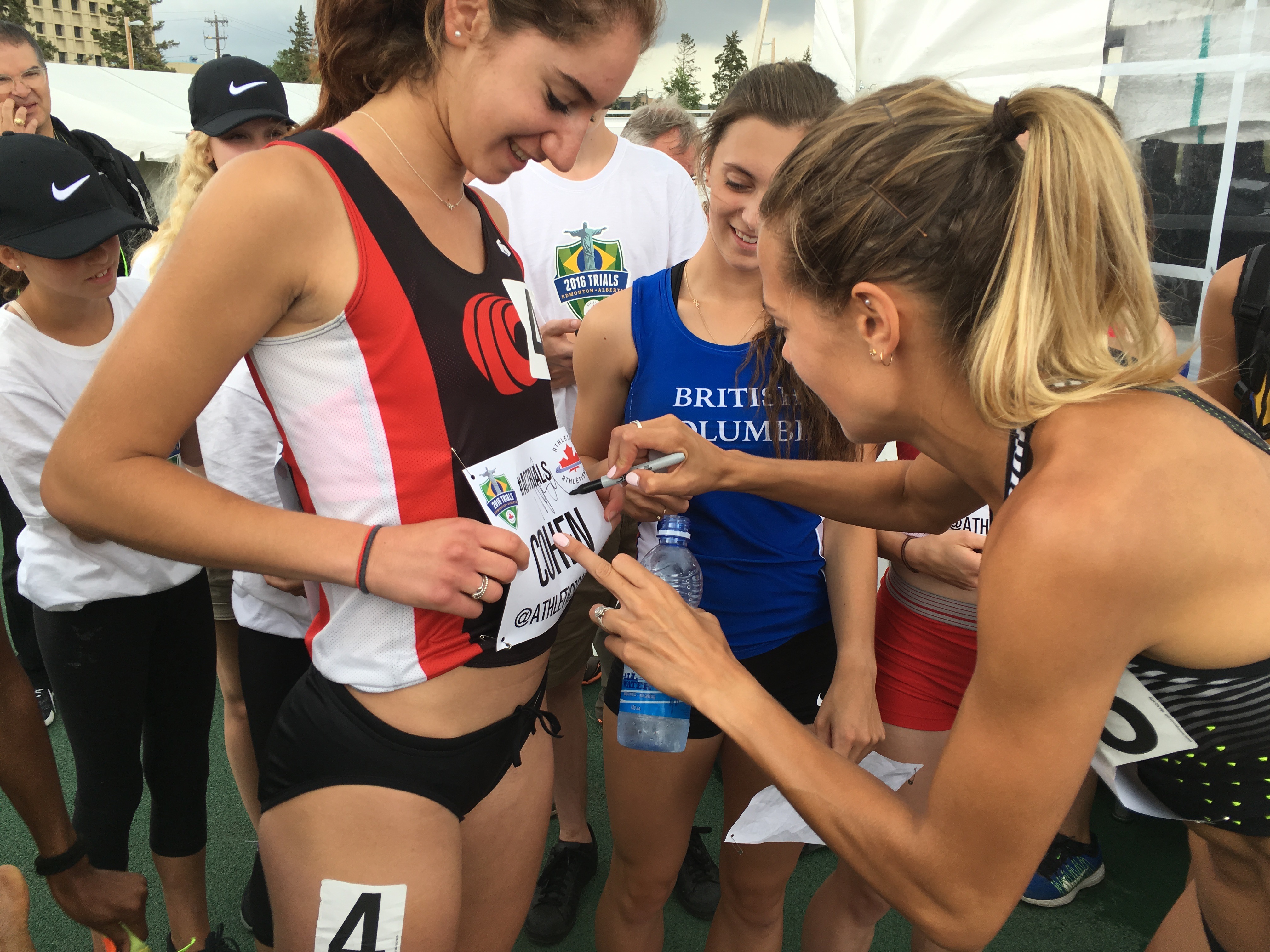 Great ? by Claus Andersen of the @athleticscanada women’s 5,000m champs on Thursday. Seccafien won in 16-flat to book her ticket to ??. #canadianrunning #edmonton #actrials #rio