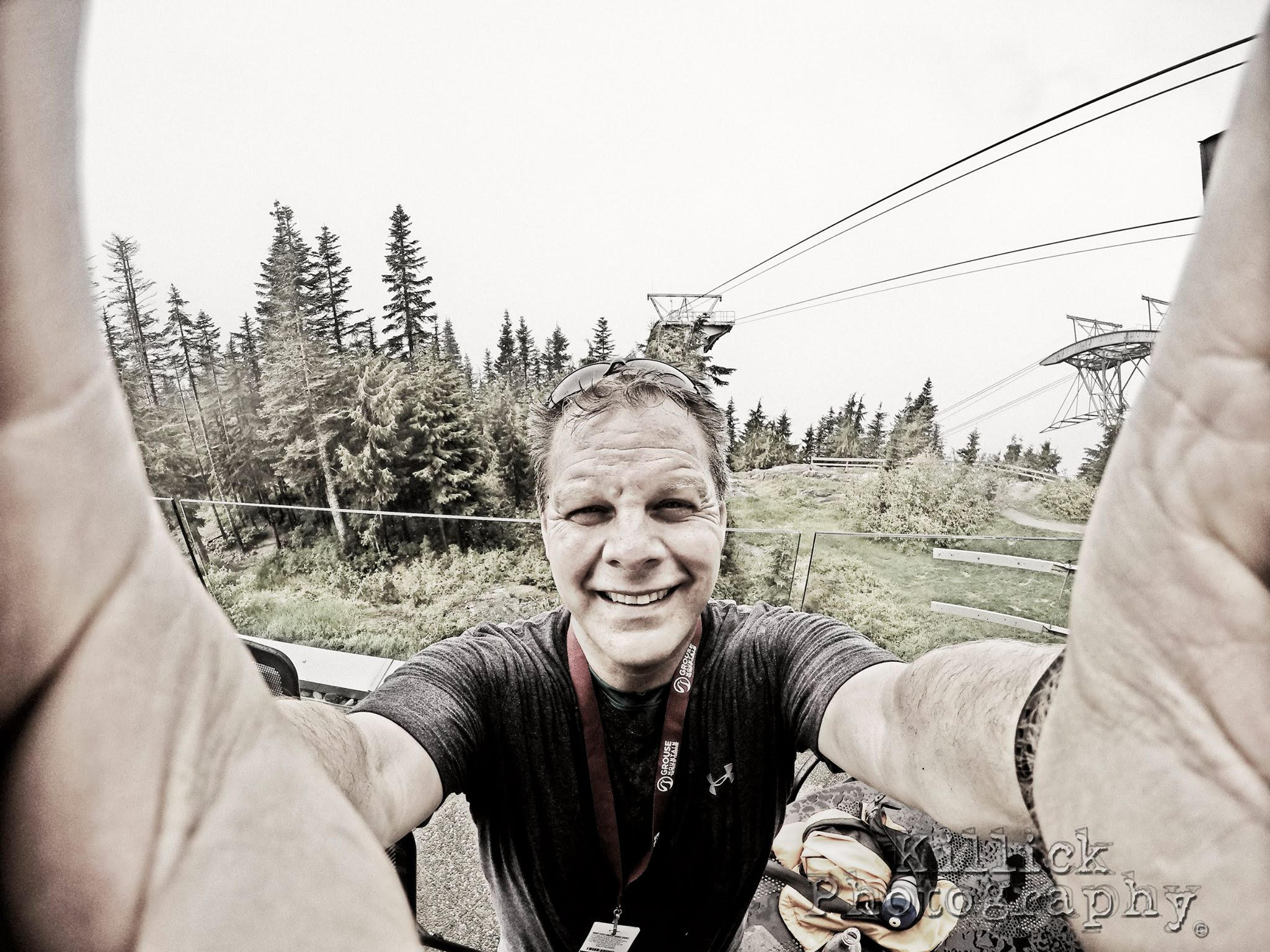 “Mostly urban” are the words Jerod Killick uses to describe his runs. For the 44-year-old from Burnaby Heights, B.C., getting up early isn’t a chore. Even if he wasn’t planning on running, he’d still wake up at 5:00 a.m., sip his coffee and enjoy the early hours. Lazing in bed until the last possible minute isn’t an option Killick is going to take. It makes sense then, that he has become a fan of run-commuting to work. In the moments after waking up, he sips a cup of hot coffee, dresses in the gear he picked out the night before, then he starts on his run to work where his route runs alongside the Vancouver Sky Train. “It’s pretty low maintenance,” says Killick. He doesn’t even bring a backpack.

“I was a runner in my twenties and I just fell out of it– career, this and that. I gained weight.”

His route to work is solid city running. He runs on paved surfaces as the Sky Train snakes its way through the city above him carrying the crowd of passengers clad in office attire, ready to start their days. Killick dons a light to warn others of his presence in these early morning hours when the sky isn’t yet fully lit. “It’s beautiful,” he says while describing his runs to work. Eventually, the runner makes his way over to Broadway Station and gets on transit riding it the rest of the way to work. By then, he already has a 10K run behind him. The next chunk of his day is spent at Vancouver Coastal Health where he works as a project manager.

“I was a runner in my twenties and I just fell out of it– career, this and that…” says Killick. “I gained weight.” When the scale showed him he weighed 300 pounds, he didn’t like it. He knew it was time for a change. Deciding to start back into running again in order to lose weight was that crucial moment that so many people in the running community also go through. Killick made the decision to get himself back to a healthier weight and that’s what he did. Within the year, he ran a 5K, 10K and then a half-marathon. In doing so, 40 pounds came off.

RELATED: Stories from the run commute: “I lost 100 pounds by running trails to work.” 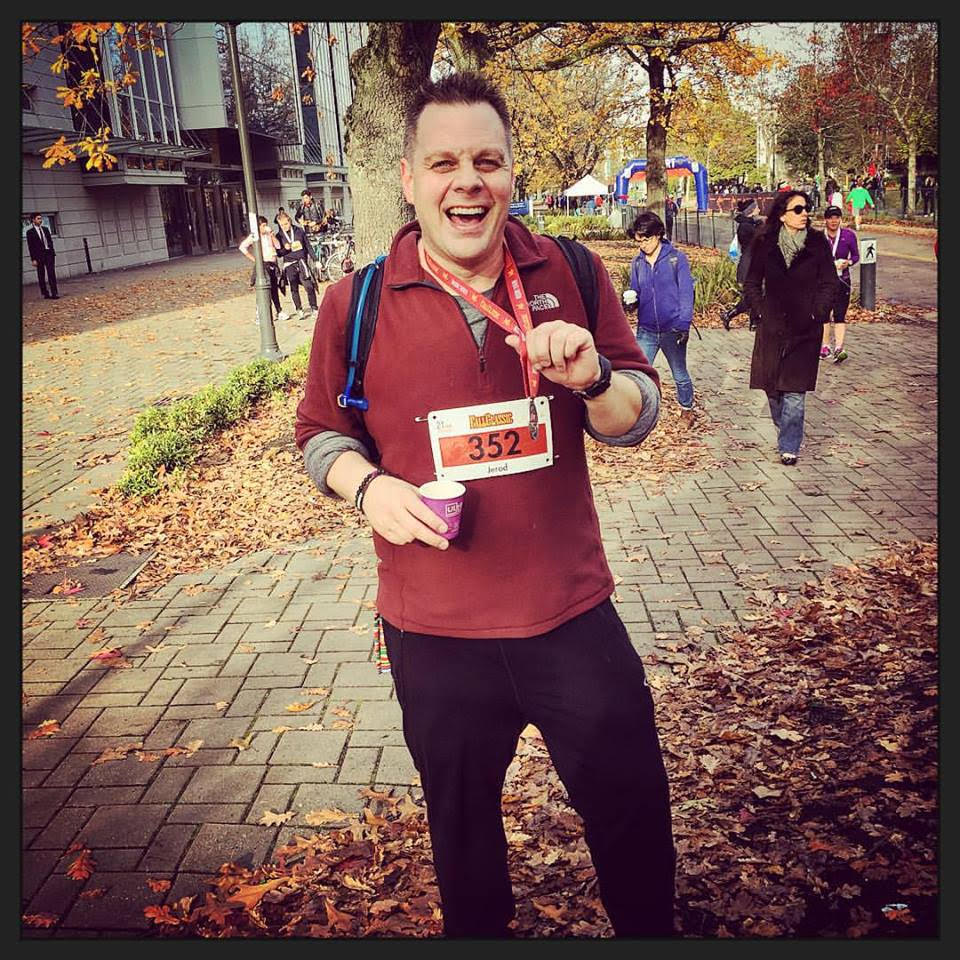 The next step for him was the marathon. That’s when the run commute entered into the picture. With marathon training comes the need higher mileage and with that comes a larger time investment. “I was having a hard time getting the [kilometres] in during the week,” he says. That’s when he came to the decision to double up and get a lot of the mileage in during the time he’d spend getting to work. He just leaves extra early– not that that wee hours intimidate him. That’s what has made his marathon training possible.  “It’s just an easy way to get in the number of clicks I need to get in,” he says.

“The run commute in the morning is perfect. I get to the office in the right head space.”

Once Killick arrives at work, he’s set to go– even though his coworkers think his choice of transportation is a touch on the strange side. “They think that it’s weird. They think it’s obsessive,” he says. But for him, it has become a necessary lifestyle change. His career choice, has definitely has its share of stressful times. Killick’s background is in clinical psychology and he has specialized in aiding those battling addiction. Before working as a project manager, he worked in a methadone clinic.

Now, he’s working with teams of people, organizing large project taken on by the health care service. Having 10 kilometres of a run to mentally zone out before having to be on the ball all day has bonuses beyond marathon training and saving time. “The run commute in the morning is perfect. I get to the office in the right head space,” he says.

Every runner figures out a way to make it work. For Killick, he goes backpack-free. Sure, that’s great in that he eliminates the cumbersome weight on his shoulders. It does mean more planning though. But as he says, it’s low maintenance. He drops off changes of clean clothes at the office, swaps them for the dirty ones and buys lunch at the grocery store up the street. For that, all he needs to bring then, is a couple cards in his pocket. The only inconvenience is that he becomes a bit chilly mid-winter on transit but it’s less of a bother than having to fit the run in at night time.

At the end of the day, Killick kicks back in his home and browsing Netflix is his only concern. Work projects are on hold until the next morning and the workout has been done. There’s no need to jam in extra mileage. He spends the evening unwinding. He has hours to do this before he has to get up and race the Sky Train again.

“Getting back into running has made me a much more calm person,” he says.

RELATED: Stories from the run commute: “I started run commuting in 1979.”

RELATED: Stories from the run commute: “I run all the way to the train.”