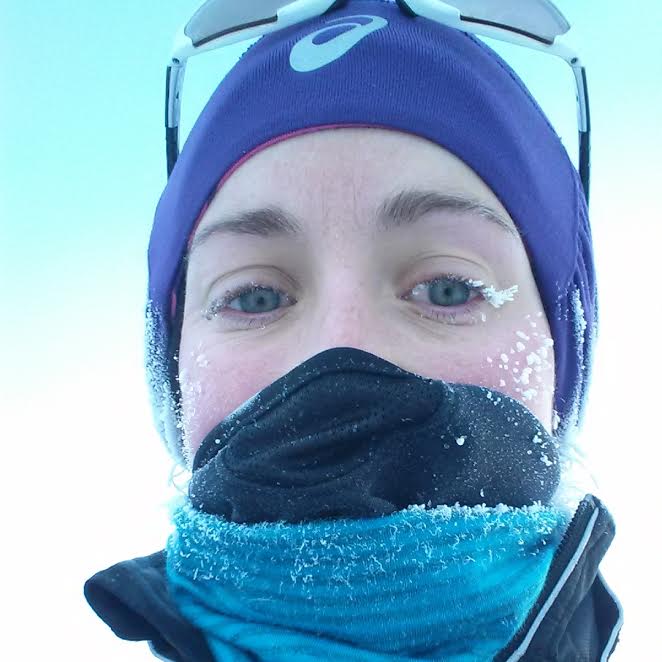 Jesse Arnup Blondin gets in a large part of her marathon training by run-commuting to her office downtown Ottawa. From her house, it’s a 7.5-kilometre run– a nice distance for an a.m. run to kick off the work day. Living in the country’s capital (where she works for the federal government) she often makes sure to include the Rideau Canal in her routes. The vision of this scenic Canadian landmark is one of the payoffs of taking to the run-commuter lifestyle but for Arnup Blondin, using running as a method of transportation has many more perks. That it allows her to keep up her fitness while also staying on top of family life, is the biggest reward.

RELATED: Stories from the run commute: “Running to work makes me a better dad”

“After I had my second child, my kids started getting up earlier and earlier,” she explains. Arnup Blondin has been a runner for ten years and is now in the midst of training for her third marathon. Over the years, she has stayed committed to the sport but with two young children at home, she now has to pay more attention to scheduling.”When I had no kids, I got up and left the house at 6 a.m.” she says. “Now, my son is up between 5:00 a.m. and 5:30 a.m. and my daughter is not much later than that. I wasn’t able to get back home before that.”

She decided to try run-commuting. Running to work would solve the issue of being there for her kids in the morning and she could also scrap the hefty parking bill that resulted from driving a car to the office. “I thought ‘Can I make this work without having to pay for parking and get exercise in at the same time?'” she says. It turned out that she could.

Run-commuting saves times but it takes planning. Oftentimes, Arnup Blondin brings her car for one week day. She brings with her five outfits for the week as well as five lunches and snacks which she stores in the office kitchen. She keeps her spare outfits in her filing cabinet. “That way I don’t have to carry a pack,” she says. Sure, she’s been on the receiving end of some odd looks from co-workers, but hey, you do what you have to do. “It definitely takes getting used to. [My coworkers] were curious at first. I definitely got some stares,” she says.

RELATED: Stories from the run commute: “I run to work every day since returning from mat leave”

This Ottawa runner is used to making her running fit with her lifestyle. She has had two children and ran through her second pregnancy. When she became pregnant with her first, she didn’t run at all but when she got pregnant a second time, she wanted to test it out. “I decided I would keep running and see how it went,” she says. She was running two days before her son was born. “It felt good. I took it day by day and listened to my body,” she says.

Now, that her children are three and six years old, they have a lot of energy and she has once again found a way to meet their needs while also making time for herself. “It’s a mental and physical break,” Arnup Blondin says. There are many ways in which run-commuting pays off. Mainly, she sees its value as it saves time and makes her a better parent. “It’s time efficient. I have to get to work each day. It’s using that time I’d be getting to work anyway,” she says.

Running has been an important part of her lifestyle for a decade now. And, as many other parents who run would understand, it’s also crucial that her son and daughter start to understand the benefits of staying physically active. Furthermore, she wants fitness to be part of their norm. “It’s neat that for my kids, it’s normal to get to where you’re going by running there,” says Arnup Blondin.