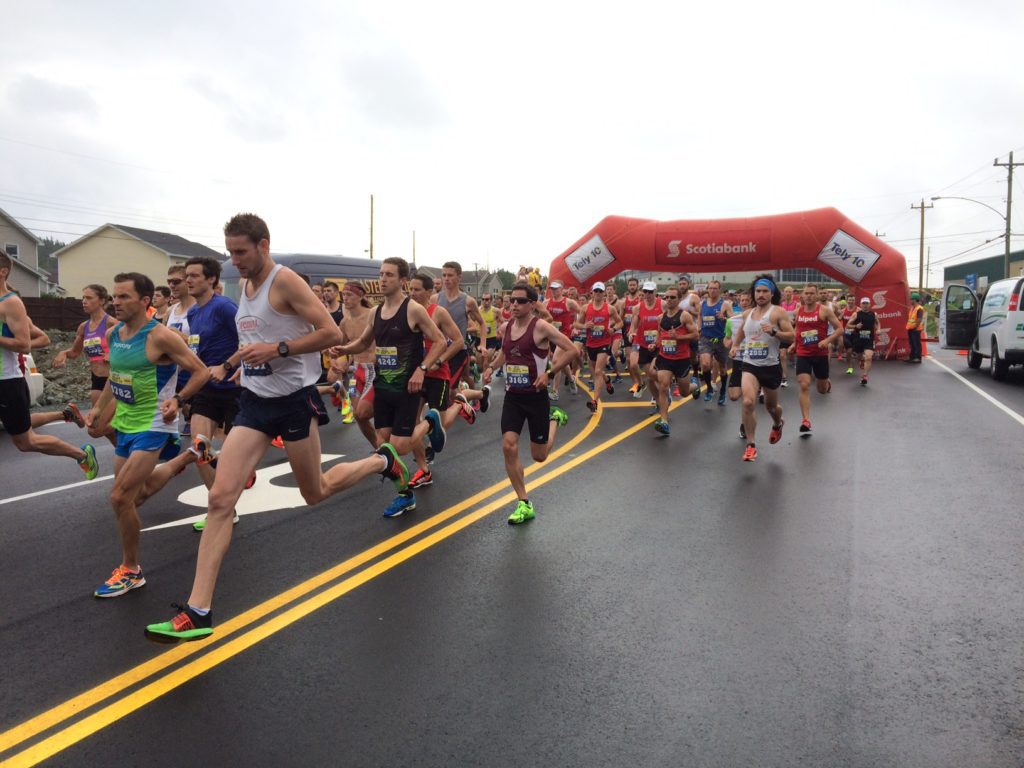 An estimated five thousand participants will line up in the town of Paradise, N.L. on Sunday morning and begin running east towards the eventual finish in Bannerman Park in downtown St. John’s. The Telegram 10-Mile Road Race (more often referred to simply as the Tely Ten) will be running for the 90th time this year, making it one of the oldest road races in Canada.

RELATED: Fun facts about this popular east coast race that happens to be one of Canada’s oldest

The historic 10 mile/16.1K race has become increasingly popular in recent years, setting and resetting new records for the total number of participants. There were 4,350 official finishers in 2016 and already, the event has over 4,800 participants registered for this year’s race.

Further south, the Nova Scotia Marathon is set to return to the Lobster Capital of Canada in the municipality of Barrington on the southwest tip of the province.

This will be the 47th year the event has taken place making it one of the oldest marathons in the country. Only the Newfoundland Provincial Marathon–now called Huffin Puffin and first run in 1950–and the Calgary Marathon which celebrated its 50th golden anniversary in 2014 and ran for the 53rd time earlier this year in May, are older. The Vancouver Marathon celebrated 45 years this year and just last weekend, the Friendly Massey Marathon in Northern Ontario ran for the 40th time.

In addition being a certified, Boston-qualifying marathon, the event offers half and 10K races, all which run in a rural setting that includes some gently rolling hills. Participants have access to change facilities, washrooms and showers at both the start and finish as well as enjoy a generous awards ceremony and post-race reception that includes fish and seafood chowder with pies and ice cream for dessert.

Some 400 participants are expected to take part in this year’s event.