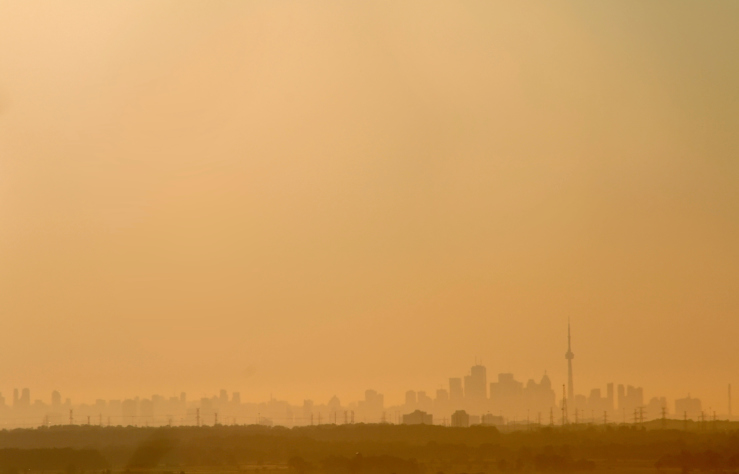 If you run outside in summer, you need to be concerned about air quality and pollution. One of the best parts about running is the health benefits. For many runners, that’s what got them into the sport in the first place. Runners are a health-conscious bunch always paying attention to nutrition, cutting out unhealthy foods, staying hydrated and injury-free and being careful of the sun. But air pollution? For some reason we talk about that less.

Spending time outside unfortunately has its dangers. Unless you’re living in one of these places with the cleanest air, there are some key facts you need to know about air pollution.

Runners are high risk. That’s something that may surprise a lot of fit people because when you stay on top of your fitness, you assume that your risk for any health-related issues decreases. But according to Environment Canada, that’s not the case with pollution-related illnesses. Runners are high risk because they spend so much time outside. When working out, runners are breathing both more deeply and more rapidly, meaning if there’s something in the air, it’s being taken into the lungs. Others who are high risk include those with respiratory conditions, cardiovascular disease, children, the elderly, etc. B.C. Air Quality advises fit people to limit time spent outside in the afternoon and early evenings when pollution levels tend to be their highest.

You can check the pollution level just like you check the weather forecast. In fact, for most places in Canada, you can check it twice a day. Check your city’s air quality index here. The rating should come out early in the morning at around 6:00 a.m. local time and then again before 5:00 p.m. That means that if it doesn’t look so good in the morning, runners can plan their day accordingly. When checking, runners will see a number on a scale of one to ten with one being low risk, and ten being in the very high risk zone. That number is calculated based not on the number of pollutants but the risk associated with them. It will even tell the general public whether outdoor activity should be limited so runners will know if the long run should be rescheduled.

Side effects look similar to allergies of heat stroke. Many times, those who get an air pollution-related illness may think it’s something else. Side effects include irritated eyes, coughing, difficulty breathing, shortness of breath, nausea, chest pain, light headedness or increased mucus in the nose or throat. The Canadian Medical Association reported that in B.C. in 2008, air pollution was the cause of over 60,000 doctors visits and over two million minor illnesses. Similar data was not available for more recent years.

If you must be outdoors, you can take preventative methods. If working out or running outdoors, take breaks and drink more water suggests, Environment Canada. Check if there’s a less polluted area nearby. For example, in Ontario, regions in the north and east have the cleanest air in the province. When running, stay away from busy highways and cars (especially on windy days). Air Quality Ontario reports that moving away from vehicles and their emissions is quite effective in reducing risks related to air pollution. Even just 100m away from the road, the concentration of air pollutants decreases by 60 to 80 per cent! To add to that, the same report suggests running in a treed area since trees naturally cleanse the air.