From the January 2017 issue. Each issue, Edmonton-based writer Madeline Cummings explores something new in the world of running. 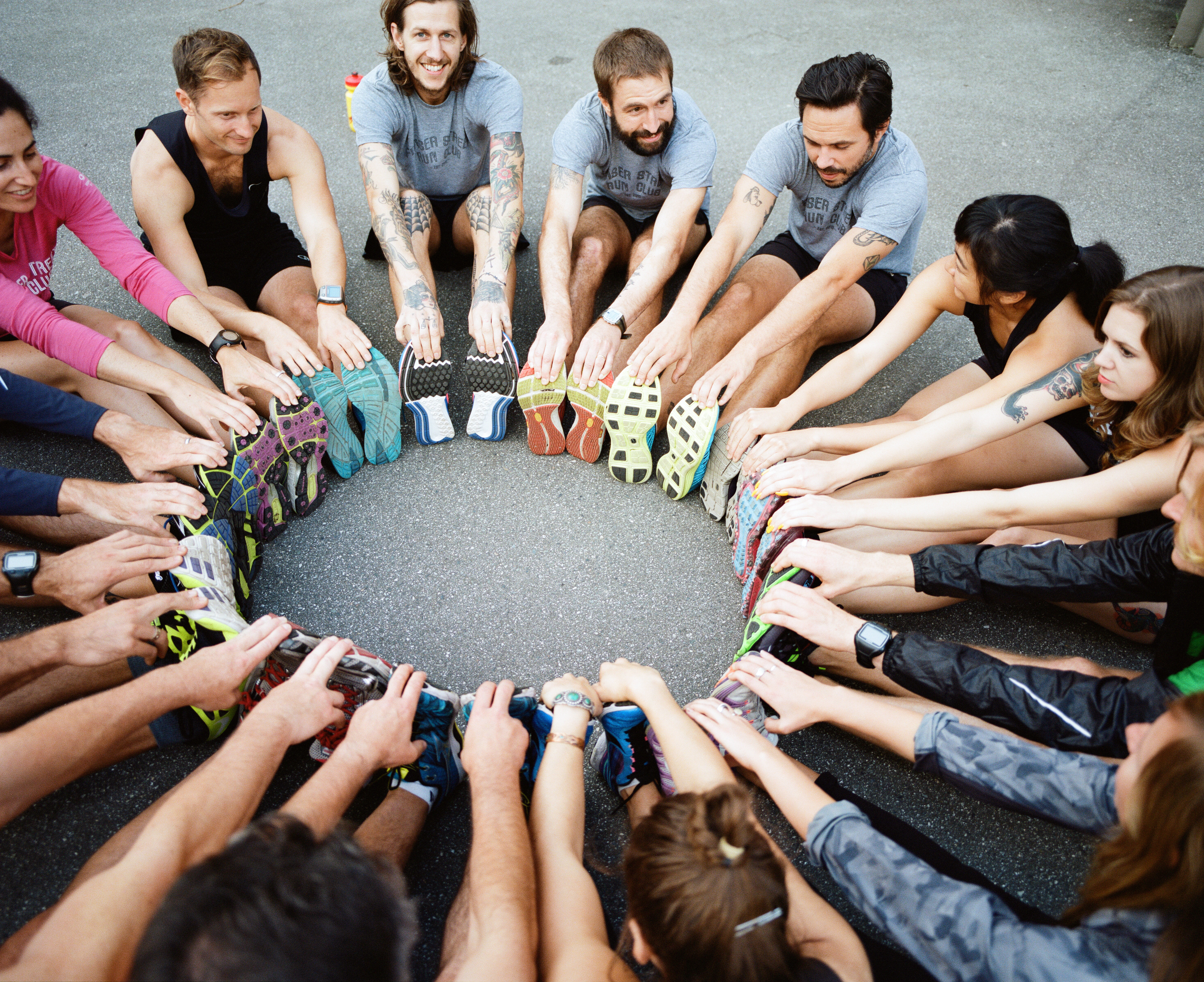 Chances are, most of your friends look a lot like you. According to a 2013 Statistics Canada survey, the majority of Canadians befriend people who share their mother tongue, age, gender and education level. This is true for men and women, across socio-demographic groups, with young people leading the way. Eighty-four per cent of young people between 15–24 said their friends shared their age.

Now take a look at the people you run with.

In school, runners tend to train and compete against kids in their grade, but as time goes on, that pool starts to widen. That’s been my experience, at least.

RELATED: How to have good running buddy etiquette

These days, I train alongside a university team, but our group also includes post-collegiate runners, masters athletes and everyone in between. In each of the four cities I’ve lived in, my running circle has introduced me to people who are significantly younger and older than I am. Many of the friendships I’ve formed, thanks to this sport, are with people a few steps ahead of me in their lives. They invite me to dance at their weddings, eat dinner at their first homes and hold their newborn babies. Older friends who run continue to inspire me as they chase age-graded goals and keep feeding their competitive instincts. At 23, I attended a birthday party for a friend who was thrilled to be turning 40 because it meant racing in a new age category.

These friends help me with important decisions and give great advice on dealing with injuries, but not all of my intergenerational friendships fit the mentorship mould. David, a 49-year-old friend of mine in New York, told me he believes running bridges the gap between generations by dissolving the power imbalance that can arise at work. The two of us correspond by email about books, music and training, but he resists the temptation to be a constant guidance-giver. This summer he started donating $50 to Doctors Without Borders every time he gave me unsolicited running advice. He called it a double win: “I can continue to give you advice, but with less guilt. Less of a success for you, but someone had to lose in this deal.”

For Sue Rodgers, a 43-year-old runner in St. John’s, N.L., the bond with her 22-year-old training partner, Ben, transcends the many hours they spend training and travelling long distances to races. Her parents now consider “the young buck” a part of their family and each runner depends often on the other for support.

RELATED: Celebrating 11 years of running with my best running bud

“He’s my relationship guru, he gives really good advice, and we talk about our family dynamics, our life goals and where we want to be,” Rodgers said.

Angie MacDonnell, of Inverness, N.S., told me that she has a training group of four women whose ages span four decades. They’ve been running together – and chatting about their careers and kids – for the past eight years, gathering often before the sun rises.

The women have also banded together to promote running in their rural community by co-ordinating learn-to-run programs for school children and drawing more participants to their annual summer road race.

These women are all at different stages of their lives with different responsibilities at home and at work, but they share a love of running and an appreciation for their scenic surroundings. They log their long runs on a beautiful coastal road from which they watch the lobster boats harvesting.

Georgie Gillis, who is eldest of the four, at 71, and ran a 2:01 half marathon in Moncton, N.B. in October, inspires the other three to stay active. In turn, she says, the others keep her feeling young. “When you have something that you really care about and you’re all committed to, it helps keep you together,” MacDonnell said. Without running, their friendships likely wouldn’t be as strong.

There’s plenty of research on the health benefits of having meaningful friendships – they can reduce stress and even lengthen our lives – but we know less about the benefits of intergenerational friendships.

According to Catherine Elliott O’Dare, a PhD candidate at the School of Social Work and Social Policy at Trinity College Dublin in Ireland, the lack of research could be partially due to a focus on what sociologists call “homophily” – the idea that birds of a feather flock together – as well as the widely held perception that older adults are less suitable friends because they require more care.

For her thesis, O’Dare has been interviewing adults over the age of 65 who have friends at least 15 years their junior. The conversations with her subjects have yielded numerous stories of strong relationships and mutual support. What she heard totally defied the notion that the older adults were more dependent on the younger ones; in some instances the opposite was true. She asked them if the age discrepancy caused any hurdles in their relationships, but “not one person could think of any downside,” she said.

Perhaps unsurprisingly, the majority of these intergenerational friendships were formed through mutual interests, like swimming or photography.

Running, on its own, won’t necessarily widen the age range of your friendship pool, but seeking out people who love it too pretty much guarantees it.