New to running? That’s great, we’re happy to have you. You’re in for a lot of fun, we can promise you that, but we can also guarantee that there will be some annoying things you have to put up with, particularly from non-runners. Nothing against these people, we’re sure they’re really nice, but non-runners say some silly things sometimes. There’s no way around it, and now that you’re officially a member of the running community, you’re going to hear a lot of the same things over and over again. We can’t prepare you for everything people will say, but we’ll get you started with the five main things you’re likely to hear, now that you’re a runner.

Yeah, get ready for this gem. No matter where you live, you’re bound to hear someone yell “Run, Forrest, Run!” at you at least once in your running career. The best response is to just smile and wave. Forrest Gump was a war hero and ping pong champion, after all, so it’s actually a compliment.

To all of you “Run, Forrest” shouters, though, come on, you can do better than that. It would be preferred if you didn’t yell anything at all, but since the urge to do so is clearly impossible to control, try saying something new. We get it, Forrest Gump was a great movie, but can’t you think of anything more original to yell out the window as you pass a runner in your car? Even if it’s not original, at least find a more current reference. Forrest Gump was released in 1994, which means that you’ve all been yelling the same thing at runners for almost three decades.

Every now and then when you tell people that you run, they shoot you a confused or even concerned look and say something along the lines of “Why would you do that to yourself?” These people not only don’t run, but they also cannot comprehend why anyone would choose to go out of their way to do so. The best response here is a quick, “Ah, I just enjoy it,” before moving on, because there’s no way you’re convincing these people to give running a try. Maybe they’ll find their way to the sport one day, but for now, they aren’t going to accept that running is a fun or worthwhile activity.

This happens in every community, but that doesn’t make it any less silly. When you tell people you’re a runner, quite often they’ll say something like, “Oh, my best friend/brother/coworker runs.” Some people leave it at that, but others will ask if you know their best friend, brother, coworker or whoever it is they know who runs. If you’re in a small town, this is a fair question, but some people will ask this in cities, as if there are only a few runners in the world and we all get together to train. 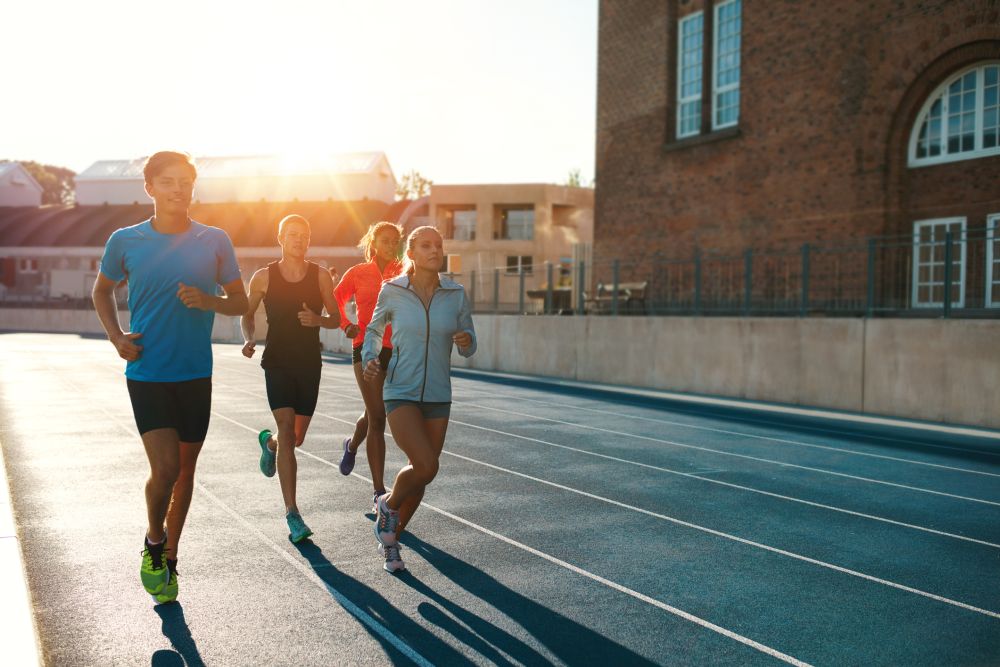 Sometimes when you tell people you run, they’ll tell you that they used to, too. That might mean they ran back in elementary school on the cross-country team, or maybe they did it more recently in their adult life. Whatever the case may be, at least you’ll have something to talk to them about, and even though they’re not currently in the sport, they can understand why you are.