An ultrarunner out of Healdsburg, Calif. wanted a bit more of a challenge after he completed the Pacific Crest Trail earlier this summer. On Nov. 30, he went out on a six-hour, 58-kilometre run around the local roundabout, not switching directions once.

“I was intending to keep count of the number of laps, but I lost track immediately,” laughs Tate Dobson. “Looking back, it was torturous mentally and physically on my legs.”

Upon further investigation and measurement of the roundabout using OpenStreetMap, the loop was 140 metres, and Dobson ran 415 laps. “Luckily, the roundabout was slightly big enough for me not to get dizzy,” he said.

Dobson decided to run clockwise, so he could see oncoming traffic. He started the challenge on Wednesday at 11 a.m. and stopped when it got dark, at 5 p.m.

About halfway through the run, he considered changing directions, but both his legs were equally sore. “They say running the same direction on an athletics track is bad, since you are constantly favouring one side… this had to be worse,” says Dobson. 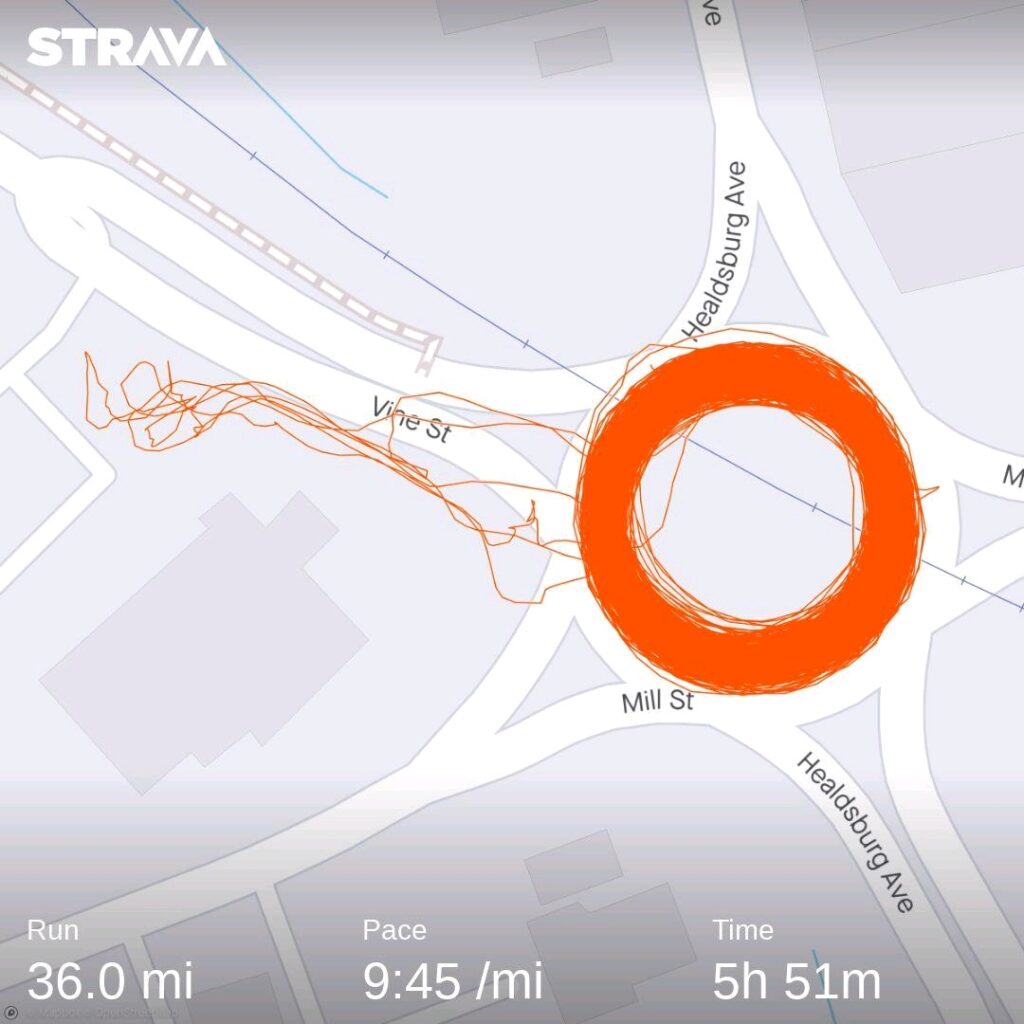 Telling your body to constantly turn right over six hours is mentally exhausting, but listening to music and podcasts helped Dobson get into a rhythm.

Dobson has previously dabbled in a few ultras, but only been on trails. He was most impressed by the fact that he didn’t have to “make a pit stop” during his entire run. “All I ate before and during was the animal-shaped Mott’s-branded fruit gummies,” he laughs.