Damian Warner understands better than anyone the positive impact sports can have on a person’s life. That’s why the Olympic record-holder and gold medalist has partnered with the Ontario Sport Network (OSN) for their This is Your Sport campaign, to encourage Ontarians of all ages to get out and get active. 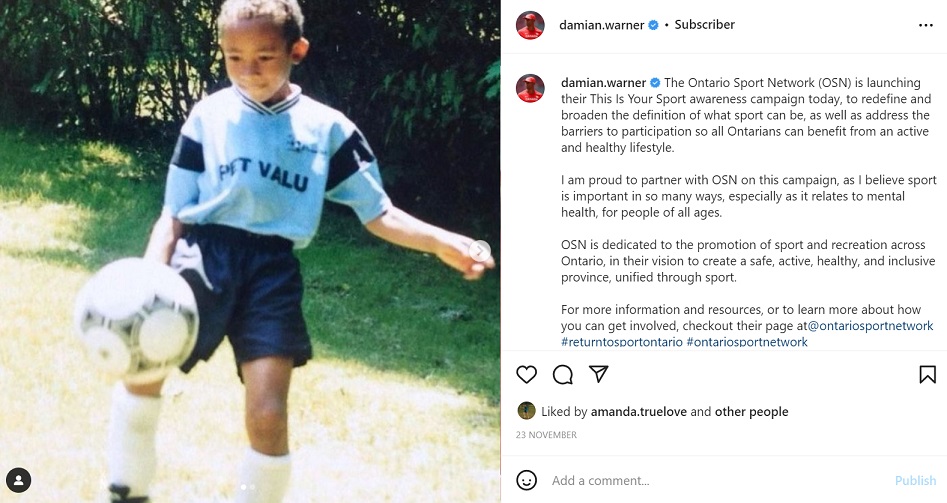 In a partnership with IMI International, OSN conducted a survey of Ontarians age 13-64 to understand people’s current perception of sport, their current activity levels and the barriers they face when trying to get involved in sports and activities. The statistics they found might surprise you:

“[The campaign] is about encouraging people from our province to get more active,” says Warner. “There are so many benefits to having an active lifestyle, and I’ve seen that through my personal experience.”


The goal of the This is Your Sport campaign is to highlight some of the organizations across the province that provide sport and recreation programming to Ontarians in an effort to change peoples’ perceptions of sport. Using their online activity finder, people of all ages and athletic abilities can find an opportunity near their home to get involved in a new group or activity.

“Through my athletic journey, I’ve learned a lot about life and how to deal with certain things,” says Warner. “That all came from sport, and I think there’s a tremendous opportunity to learn, which is why I encourage others to get involved in sport and lead an active lifestyle.”

The importance of physical activity for adults 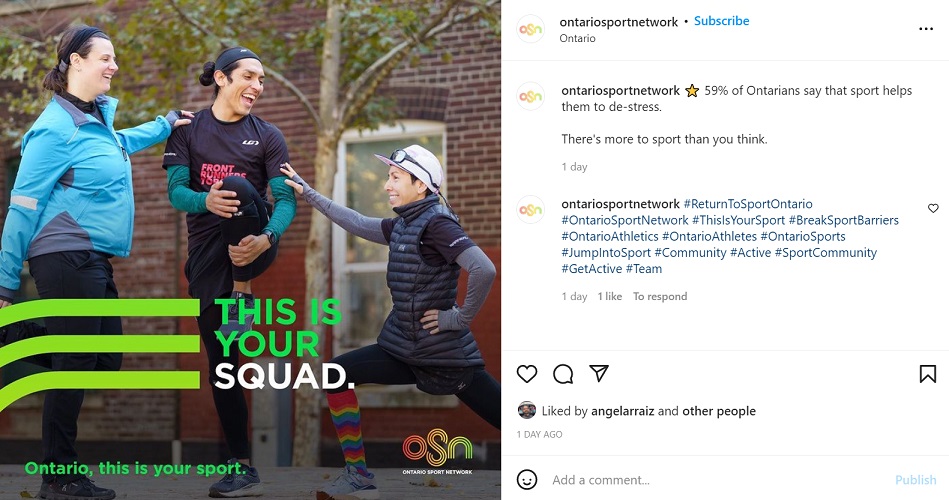 “I think many of us think it’s important for kids to have a healthy and active lifestyle, but as adults, we don’t necessarily put that same importance on ourselves,” says Warner. He adds that time constraints due to jobs, family and other commitments often cause people to put less time into their own personal care. “Having a healthy lifestyle, whether it’s going for a walk or a run, or getting involved in a sports team, is really important for people of all ages.”

Warner goes on to explain how sports have benefited his own mental health throughout his entire life, by giving him the opportunity to fail many times, in a safe environment. He has been able to learn from his failures throughout his athletic career in a way that isn’t possible in most other arenas, and this has given him confidence that he can take with him into other areas of his life.

“Every time I’ve finished eighth, or fifth or fourth, I’ve learned more from those than times when I’ve won competitions,” he says.


The 2021 Girls Can Summit: empowering girls through sport

How to get involved in the campaign

To learn more about the campaign, you can head over to the website, where there is plenty of information about the benefits of being active, plus resources to help you access facilities and programs in your area. You can also follow Warner on Instagram, where he will continue to use his platform to encourage Ontarians and Canadians across the country to get stay active and get involved in sports in their communities.