In any sport, the shelf life of a competitive athlete tends to be fairly short, and most people are lucky to get five to 10 years of success at the elite level. This holds true in running, with many of the sport’s best competitors running blazing-fast times, winning medals and setting records for no more than a decade before retiring. There are some people, however, who have given age-defying performances on the road and track over the course of several decades, and who continue to amaze us with their impressive results. Here we have compiled a list of some of the world’s best runners who have continued to dominate the scene late into their careers.

RELATED: How to have long-term success, with Malindi Elmore and Nate Brannen

It would be wrong if we didn’t start this list with Joan Benoit Samuelson, one of the most prolific runners in history. She earned All-American honours in 1977 and 1978 while competing for North Carolina State University, and in 1984 won the first-ever Olympic women’s marathon. She continued to race and train, and in 2008 she set the U.S. 50+ age group record at the U.S. Olympic Marathon Trials, running 2:49:08. Currently, she is the only woman who has run sub-3-hour marathons in five consecutive decades, and in 2019 she clocked a 3:02 marathon at the age of 62.

Nick Willis is New Zealand’s 1,500m record holder, and at 37 he recently broke the world record for the longest string of consecutive years running a mile in under four minutes. On January 19, Willis clocked 3:58.63 at a track meet in Florida, extending his streak of sub-fours to an incredible 19 years, beating fellow New Zealander John Walker‘s previous record.

Even though his sub-four record no longer stands, Walker (also of New Zealand) still deserves a place on this list. He became the first person to run a mile under 3:50, when he ran 3:49.4 in Sweden in 1975, and later lowered that time to 3:49.08. In 1985, Walker became the first person to run 100 sub-four-minute miles, and eventually ended his career in his 40s, with a grand total of 135 sub-four performances.

As a teenager, the Norwegian runner won national titles in the 400m and the 800m, and broke the European junior 1,500m record. In 1979, she became the first woman to run the marathon under 2:30, and she won a total of nine New York City Marathons between 1978 and 1988. She won 12 world major marathons, and was also a five-time winner of the World Cross Country Championships.

Our first Canadian on the list, Nate Brannen is a three-time Olympian and six-time national champion. He began running at just eight years old, and his professional career lasted 19 years before he retired from competitive running in 2018. Brannen still holds four Canadian records: the outdoor and indoor 1,000m, the 2,000m and the indoor mile.

Kastor was a top runner in high school and was an eight-time All-American collegiate athlete later as a varsity runner. She competed at five world championships and three Olympics, winning the bronze medal in the marathon at the 2004 Olympic Games in Athens. She set the American marathon record when she was 33, and continued to win major races into her 40s.

Unfortunately, Corbitt was excluded from a lot of racing opportunities at the beginning of his career because Black people were prohibited from competing in many races at the time, but he still managed to compete in the Boston Marathon as an elite 22 times, with a sixth-place best performance. He was the U.S. marathon national champion in 1954, and continued to compete as an ultrarunner in his 40s and 50s, setting national records at five different distances.

This Irish runner began his career as a four-time NCAA champion, and was the first person over 40 to run a sub-four-minute mile. He ran in multiple Olympics from 1976 to 1988, and held three indoor world records.

Our second Canadian on the list, Elmore competed in her first Olympics in 2004 in the 1,500m. She took time away from the sport to start a family, but has returned, this time to the roads, and became the Canadian marathon record holder last year with a time of 2:24:50 from the Houston Marathon. This result has all but guaranteed her a spot on the Canadian Olympic team for 2021, and almost 41, Elmore shows no signs of slowing down. 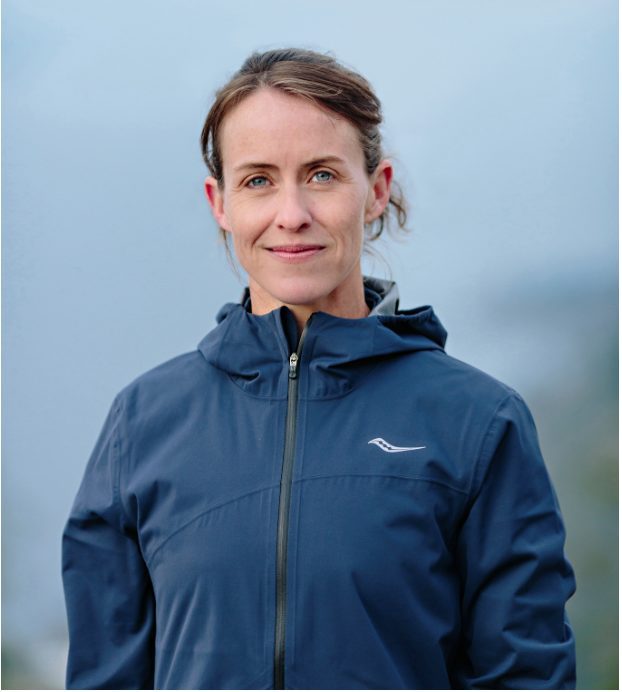 This British athlete’s career spanned nearly 30 years, beginning with a national cross country title in 1959, followed by a 3,000m world record in 1971 and a win at the London Marathon at age 44. She went on to compete at the 1984 Olympics at 46, finishing in 11th place.

One of the most celebrated distance runners in history, Kipchoge won the world 5,000m championships when he was just 18 years old (though some dispute his age). Sixteen years later, he set the world record in the marathon in a time of 2:01:39, and at 34 he became the first person to break the two-hour barrier in the marathon as a part of the INEOS 1:59 Challenge (although this doesn’t count as a world record). Now (officially) 36, Kipchoge is still one of the top marathon runners in the world, and we expect to continue to see impressive results from him heading into the Olympics.