The 2020 Boston Marathon announced its elite lineup on Wednesday morning and 2018 third-place finisher Krista DuChene, 43, is on the list. DuChene will be returning for her third consecutive Boston Marathon. DuChene is entering an exciting phase of her career, she says that she feels like she can take more risks. As she puts it, “I’ve got nothing to lose.” 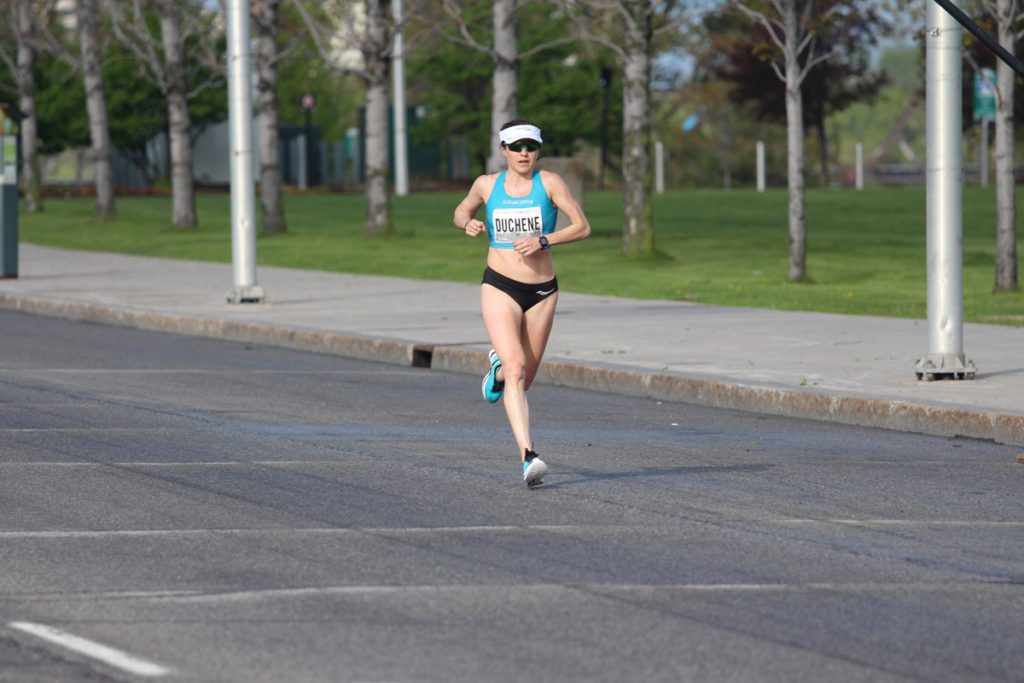 One of the fastest Canadians over the distance at 2:28:32 and a world major podium finisher, DuChene has had one of the most successful marathon careers in Canadian history. She’s going back to Boston this spring for several reasons: travel within North America is easier than flying to Europe, the masters prize purse is significant and it’s a course she loves. “Travel within North America allows me to maintain my commitments because I don’t have to be gone as long. Now that our children are older, life is easier in some ways but more difficult in others. Our kids are busy with sports and extracurricular activities. I coach my daughter’s hockey team and I want to be there for them.”

The women’s field will be very competitive. Some of the other women on the elite list are Worknesh Degefa (2:17:41 runner and Dubai champion), Des Linden (2:22:38), Edna Kiplagat (2:19:50) and Magdalyne Masai, whose personal best 2:22:16 was from her victory at Toronto in 2019. DuChene knows she’ll need a strong performance to make the top 10, but she thinks she’s capable. “Having a look at the elite field, I’m really hoping for conditions similar to 2018–cold, wind, snow and rain. I’ll take it all. But really, I will go into the race with an open mind, knowing that anything can happen, while still running within my capabilities.”

If DuChene’s able to secure a spot in the top 10 in Boston, that will also serve as Olympic Standard and put her in the selection pool for the Tokyo team. The runner does acknowledge that selection for this women’s marathon team won’t be an easy task. “It’s a good problem to have, considering it was only Lanni Marchant and I on the Olympic team in 2016. I thoroughly enjoyed broadcasting Dayna Pidhoresky and Trevor Hofbauer’s races at the Scotiabank Toronto Waterfront Marathon, and I’m thrilled with Malindi’s Canadian record.”

DuChene is now being coached by fellow Canadian marathoner Reid Coolsaet, who has made some changes to her training plan. “He had followed my workouts and mileage in the past. Our plans were similar when Dave Scott-Thomas was coaching us [at the Speed River Track Club]. But Coolsaet has looked more closely at my drills, stretching and weights. I think these changes can help take me to another level.” Coolsaet, who’s self-coached, used to be coached by Scott-Thomas also.