A pair of prototype track spikes from Puma made an appearance on the American hit reality TV show Pawn Stars. The limited-edition 296 track spike was created leading up to the 1968 Olympics in Mexico City, and is widely considered to be worth over USD $100,000. 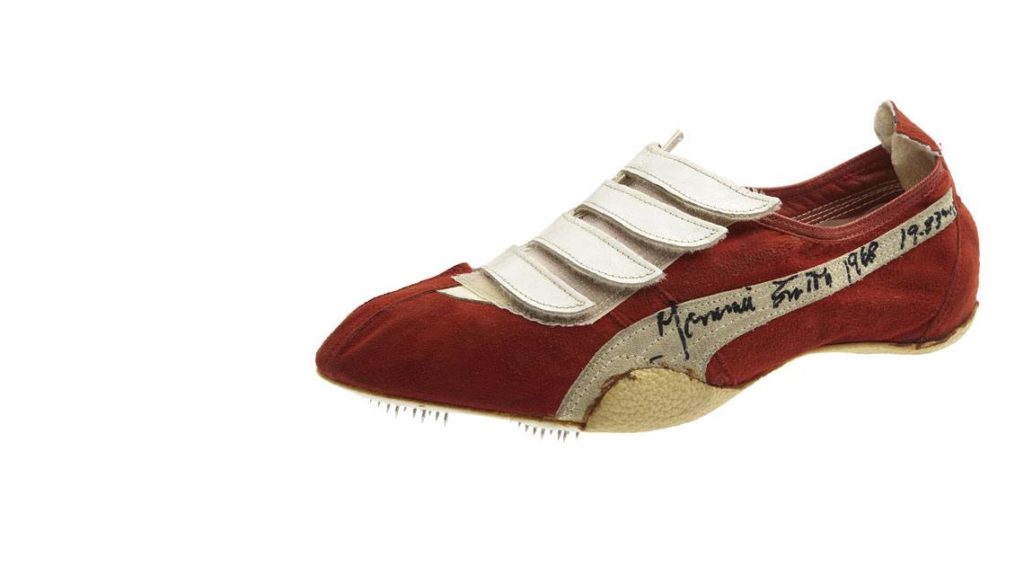 The spikes never made it to the ’68 Olympics, as it was banned from competition by the International Olympic Committee. At the time, there were only six spikes allowed on a sprinting shoe, and this shoe had 68 spikes, as a nod to the ’68 Games. The owner of the rare spikes was given the shoes by his uncle, who worked as a retailer for Puma in the U.S.

The owner brought them to the pawnshop asking for USD $150,000. The shop’s owner brought in a shoe expert to appraise the shoe, and he discovered that the shoes were in their original box and had never been worn. Then a sports memorabilia expert predicted the shoes could were worth six figures at auction, since they were one of only 100 pairs that came from Germany to North America. The shop owner offered $90,000, but the shoes’ owner refused to sell them for less than $100,000, and left.


The 296 prototypes were worn by the ’68 Games 200m gold medallist Tommie Smith at his U.S. Olympic Trials, helping him set the old 200m American record in 1968, which was unratified because the spikes were illegal.

The current rule is that no more than 11 spikes are allowed on a track shoe at the Olympic Games.