On June 19, 2021, Peter Celler will be running 100 kilometres through the night, completing 250 laps of a local high school track to raise funds for Shelter Movers Canada, a charitable organization that provides free moving services for those fleeing domestic abuse. This will be the second year of his Run Through the Night event, and the North Vancouver resident is hoping to raise $10,000 for the charity.

RELATED: Hamilton man raises $34,000 for rehab centre after 100-mile run to Toronto and back

An engineer by trade, Celler describes his former self as the typical engineer couch potato. In 2014 after his third child was born, the then-thirty-something-year-old took paternity leave for a couple months and stayed home with his kids. While he loved being at home, he found he needed something to do that would get him out the door to clear his head, so he turned to running. At first, he could only make it about three kilometres before needing a break, but after just a year and a half, he had completed his first Ironman. Since then, he’s completed several Ironman-distance triathlons and has fallen in love with running.

Celler was training for another Ironman in early 2020 when the COVID-19 pandemic landed in North America. With his race cancelled, he needed another goal to focus on. A few years earlier (while out on a run, of course), he wondered how many kilometres he could run on Vancouver’s shortest night of the year when there are only about eight hours of darkness. It was a fleeting thought and he never revisited it until 2020, when everything was shut down.

A friend of his had founded the Vancouver chapter of Shelter Movers a couple of years prior. He thought about the people the organization helps (usually women and children) and how they might be fleeing these abusive environments in secret, and the idea of supporting them with a night run seemed to make sense.

“Something in my mind clicked about me running through the night and these women and families fleeing from domestic abuse,” he explained. “You often hear about these midnight moves, and there was some sort of mirroring there that I thought fit.”

In the first year of the event, Celler’s original goal for fundraising was $1,600. It costs about $200 for Shelter Movers to move a family, so he figured that with eight hours and 80 kilometres of running, it made sense to try and raise enough money to move eight families. He far surpassed his goal, and in the first year he managed to raise nearly $15,000.

Last year, he started his run at Sunset Beach in Vancouver and ended at the Rotary Stadium in Abbotsford for a total of 90 kilometres. This year, because of the stricter COVID-19 protocols in place, he has decided to do the entire thing around a local high school track, to avoid having to travel through different communities and remove the need for aid stations or a large support crew. He is also upping his distance, and is hoping to complete 100 kilometres in 10 hours. Bolstered by the success of last year’s event, Celler has set a more ambitious fundraising goal, and he wants to raise $100 per kilometre for a total of $10,000, which is enough to support 50 families in crisis. If this year is anything like last, he will easily surpass this goal.

“The pandemic has made the problem of domestic abuse a lot worse for victims,” explains Celler. “The added stress makes people who have a tendency to be abusive more aggressive, and with kids doing school from home or people working from home, all of the sudden you don’t have those five hours or six hours a day out of the house to be away from this person.” 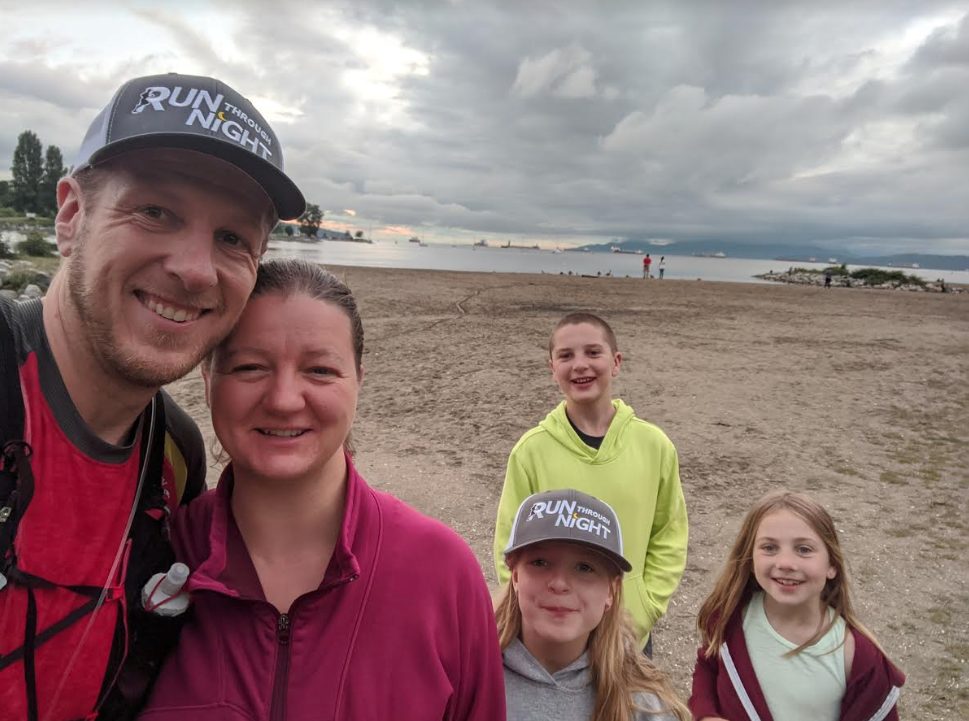 The need for organizations like Shelter Movers is greater than ever before right now, and this is what has motivated Celler to organize Run Through the Night for the second year in a row. He plans on continuing the event on an annual basis, and is hoping that next year he’ll be able to invite others to participate with him and to raise money for Shelter Movers as well.